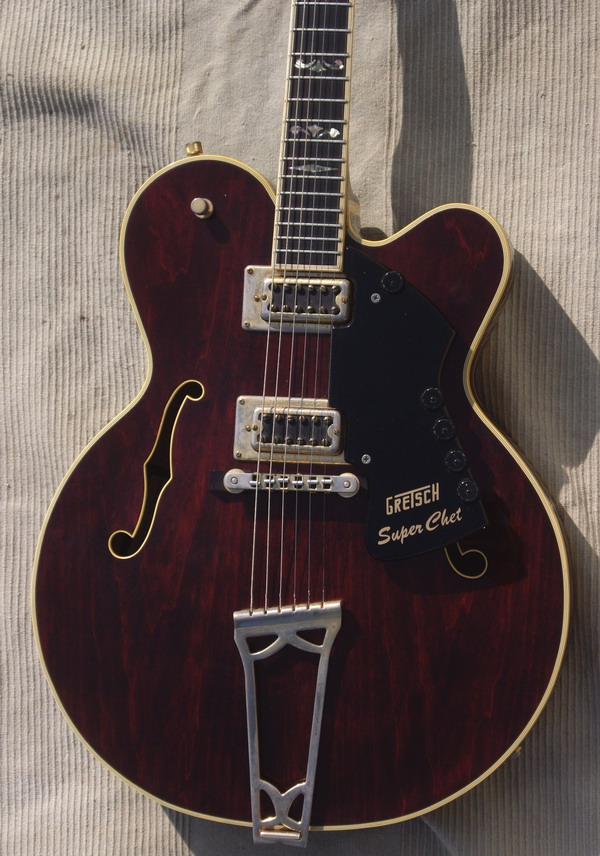 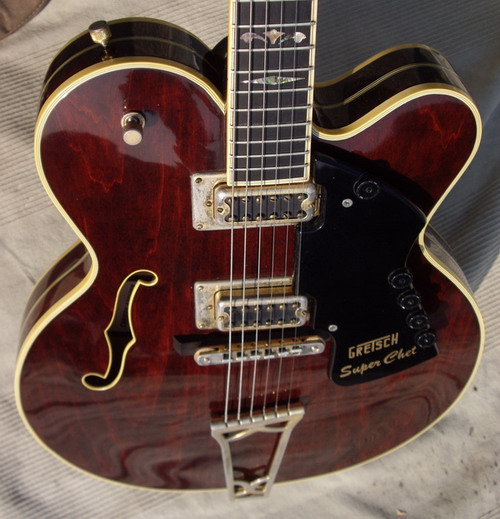 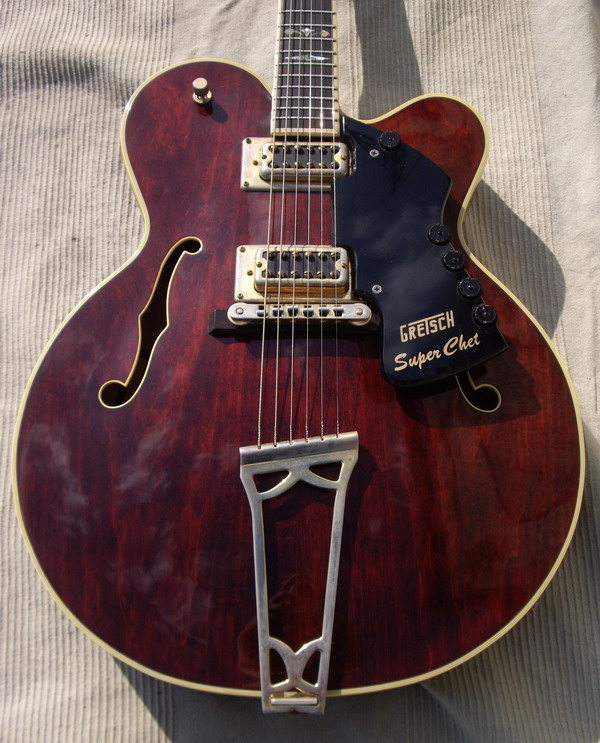 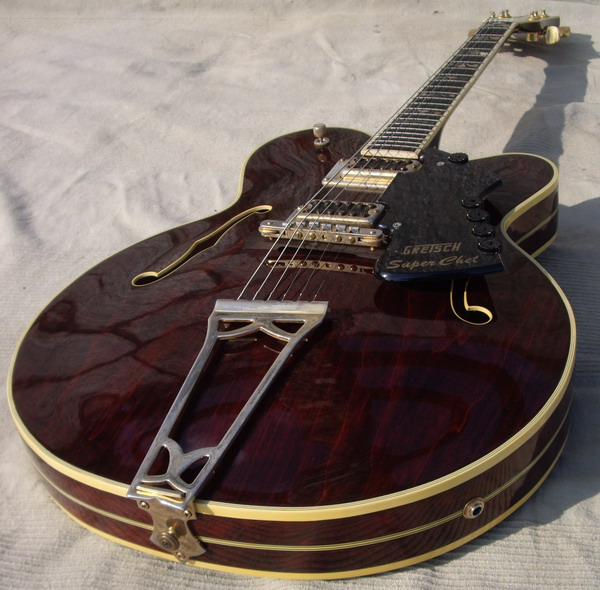 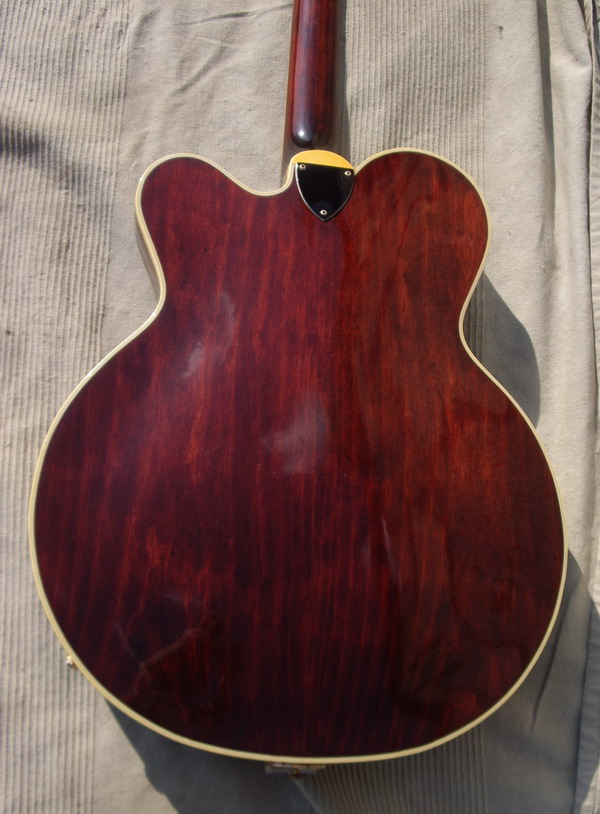 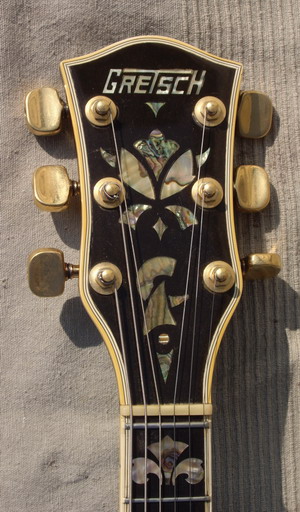 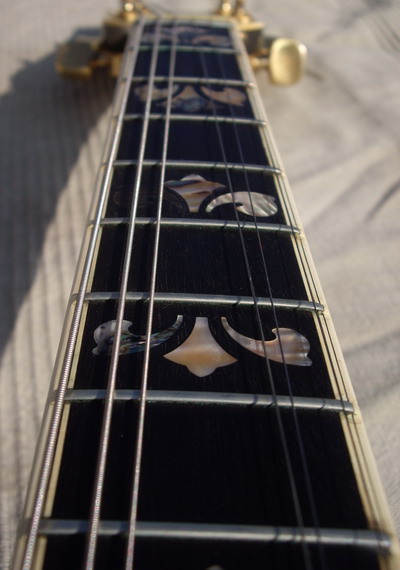 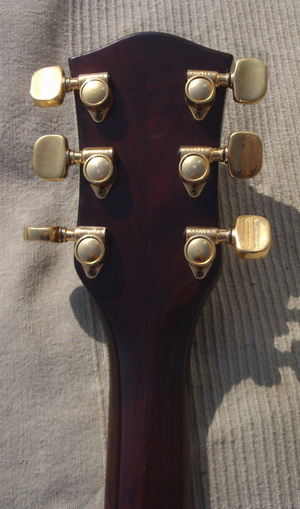 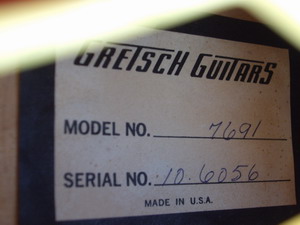 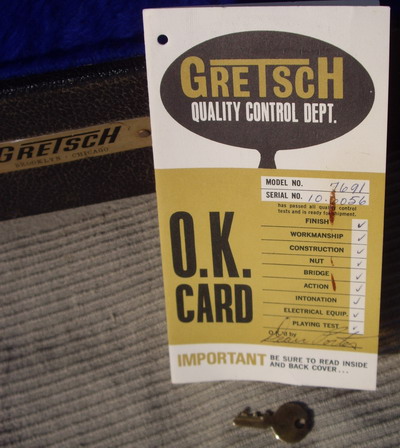 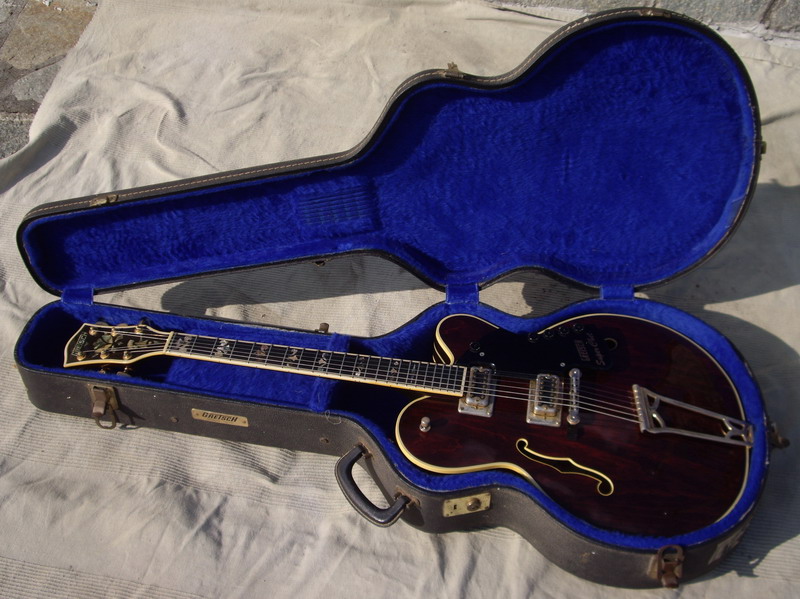 The Gretsch Super Chet is a very special guitar that was made from 1972 to 1980 and they are quite rare. There were several variations. The 1972 model had a headstock shaped much like a Gibson but was later changed to the "round-top" headstock that is common to Gretsch guitars. Chet Atkins was pictured on the cover of one of his albums with a 1972 Super Chet showing this variation. The usual finish was a "cherry-red" finish, however, there was a very rare variation made with Walnut and a tranparent brown finish. The Super Chet also was made with and without the Bigsby tremolo tailpiece. The Chet Atkins Bigsby tailpiece was much more rare on the Super Chet. The standard tailpiece had beautiful inlay and is a similar shaped tailpiece that was used in the late 1970-s and 80's on the Gretsch Country Club. By the way, all the hardware was real Gold plating-not the cheap brass or alloy plating seen on guitars now. Be careful if you are looking to buy one because I have seen several imitations at the guitar shows that were nothing more than Japanese junk. Have the guitar inspected by somebody that knows Gretsch vintage guitars. As far as value-they can vary from $1000.00 for one in poor shape to $7000.00 for mint walnut with original Chet Atkins Bigsby with original case and papers. Of course we have to keep in mind anything is only worth what is paid for an item. I have studied the Super Chet extensively because I consider it the finest Hollow Body Electric ever made. If you have one that is original and in better than good condition please take precious care of it because you have a gem that will not be easily replaced and future generations deserve to see the workmanship that occured before all the imports took over the market. 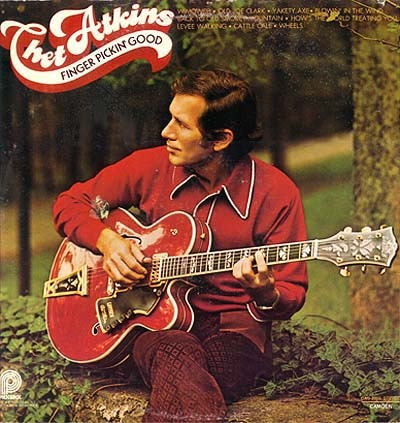 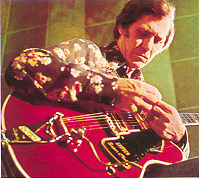 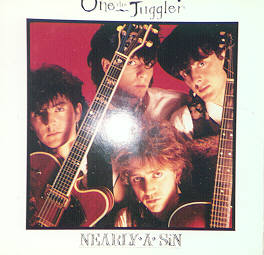 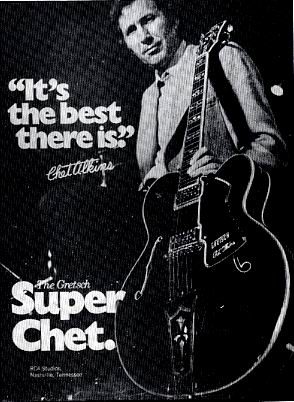 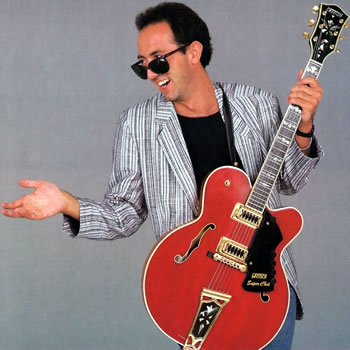 This guiatr (serial number 84055) was given to Mark Knopfler by Chet Atkins. Mark used the guitar on Heart And Soul on Willy DeVille's album (1987). 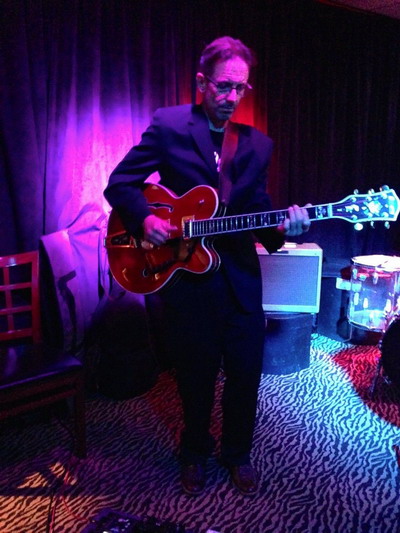