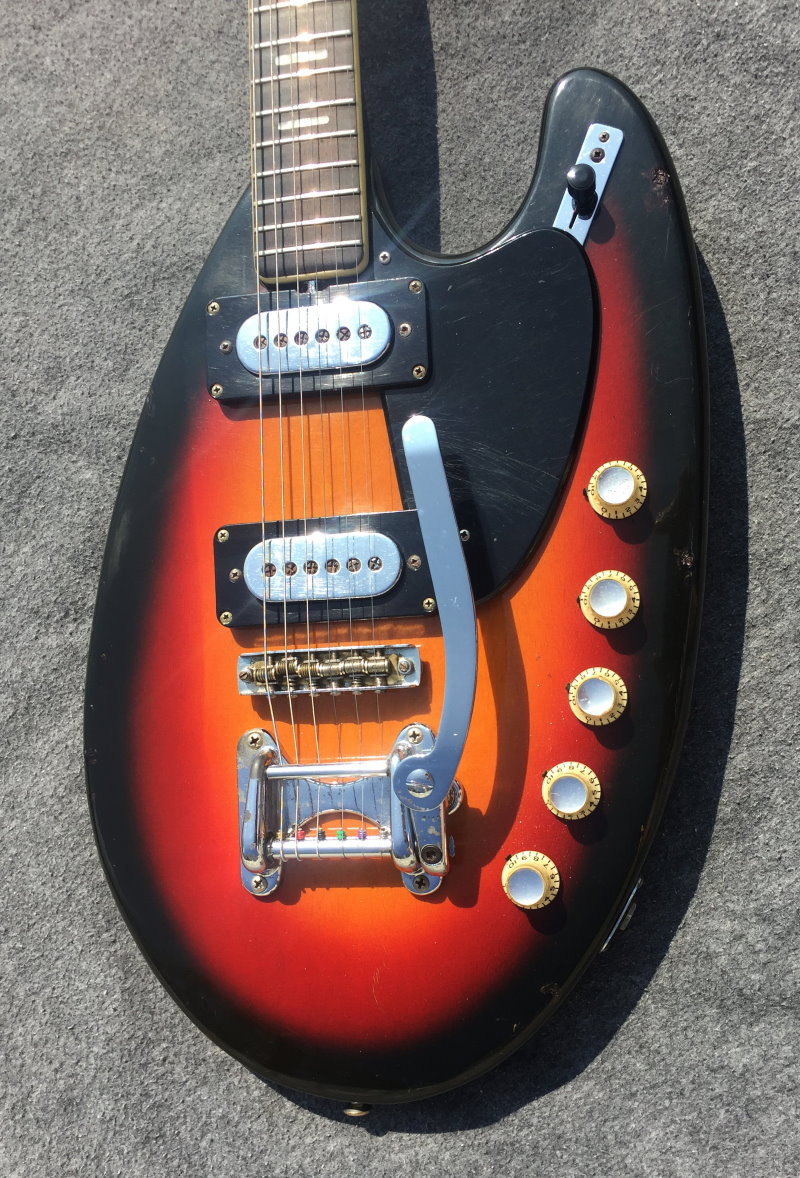 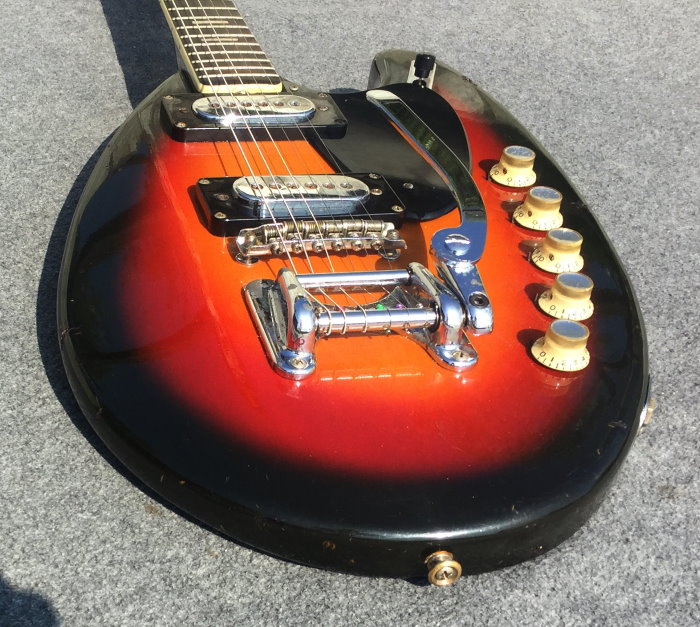 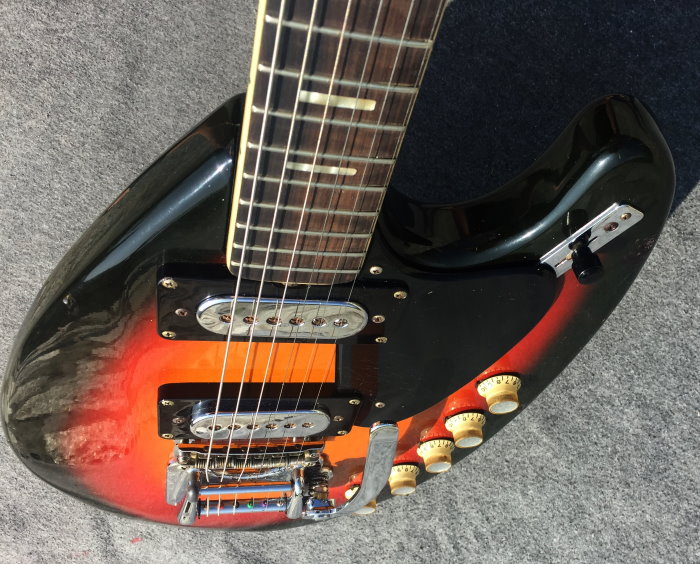 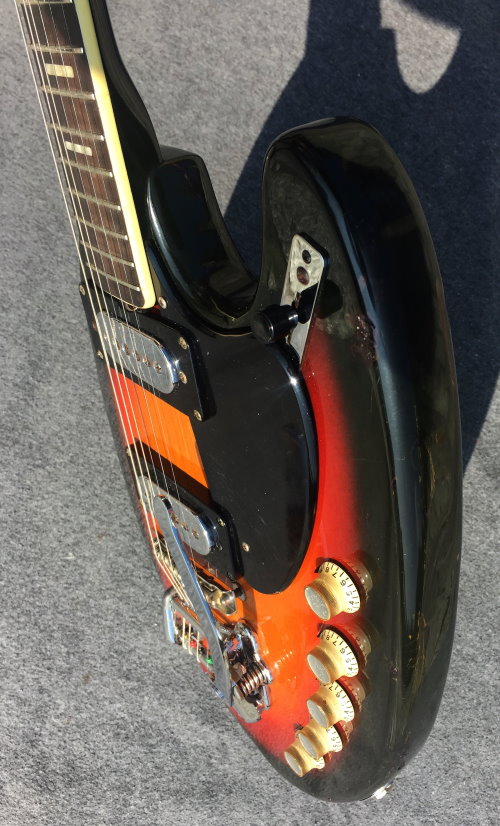 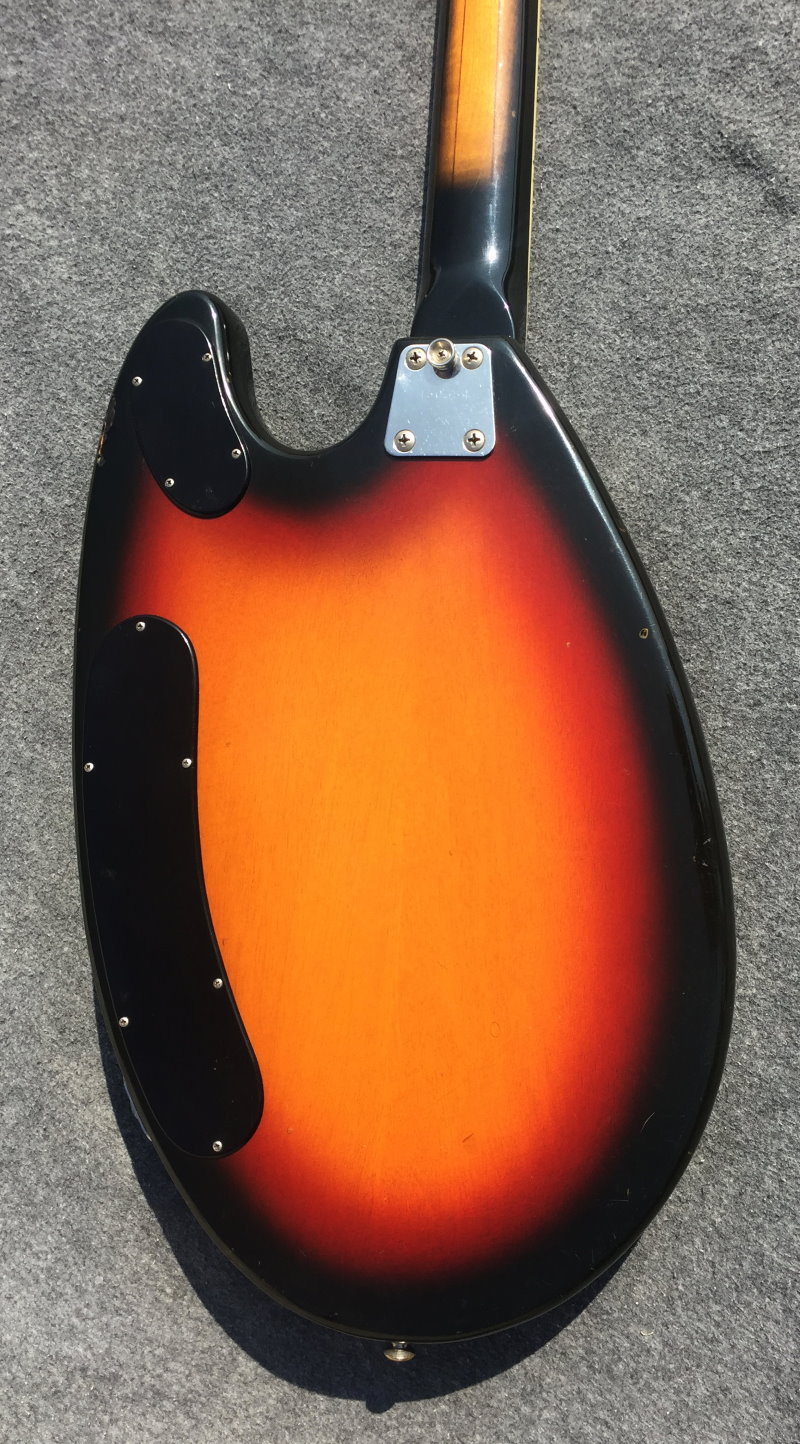 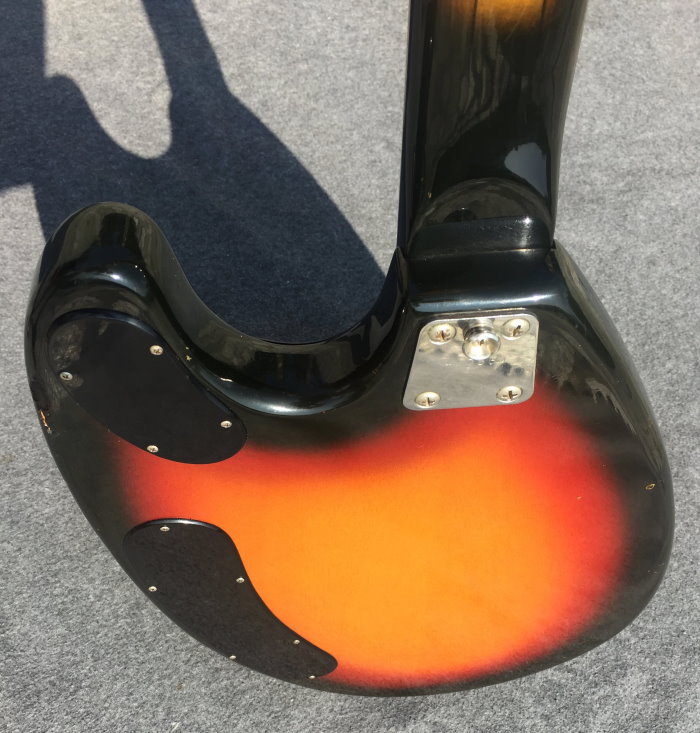 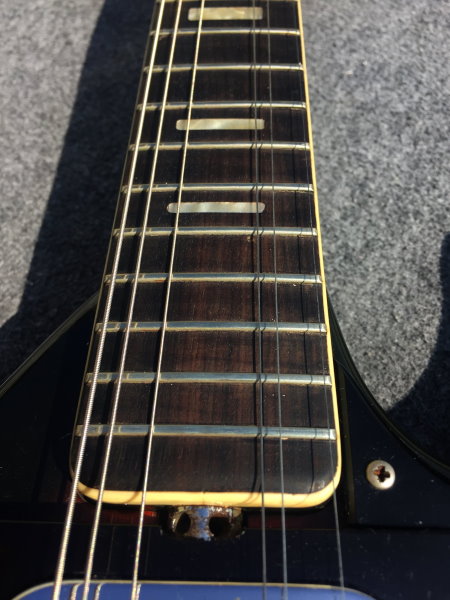 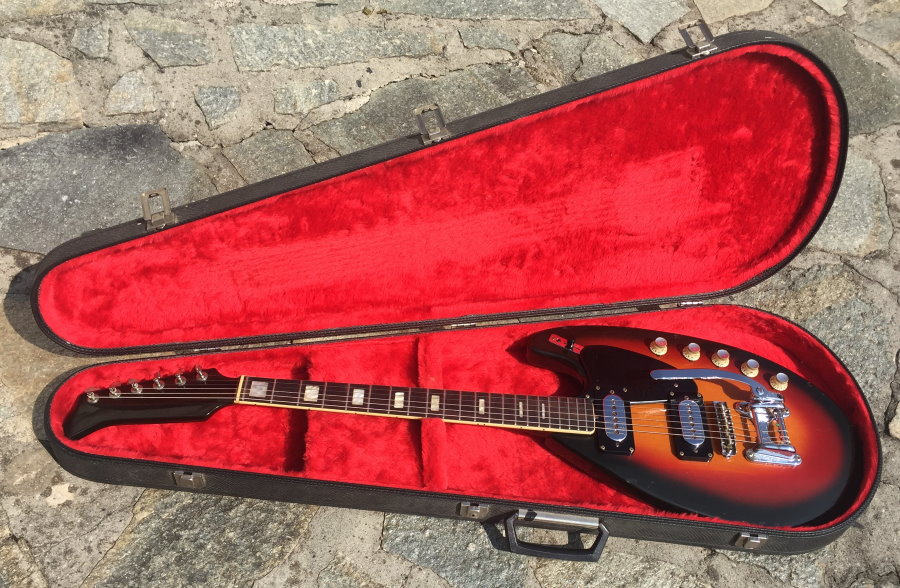 The electronic part is divided into general volume + volume and tone for each pick-up, a rather atypical configuration for Eko instruments, perhaps made at the request of the group itself. The selector has a three-position slide. The tremolo is typical of the solid bodies of the period, the Eko 102 model, with its large and comfortable Bigsby style lever. The keys are precision, with hydraulic bath, marked Eko

Inspired by the famous Mandoguitar at the time when Eko produced for Vox, the Auriga is a splendid example of Italian design, with its slender and well-proportioned lines and the "reverse" headstock derived from the Eko 700. Augusto Pierdominici, the man who led Eko after the death of the founder Oliviero Pigini (times when a company executive had to be also his flagship designer, just like Pigini was), certainly did an excellent job with this instrument intended for the Equipe 84 complex. The story tells that Maurizio Vandelli brought a Gibson Firebird with him to Eko, specifically asking that the instrument be made with a “reverse” headstock. 40 examples were produced, plus some basses and at least one 12-string model, also seen in a photo with Equipe 84. 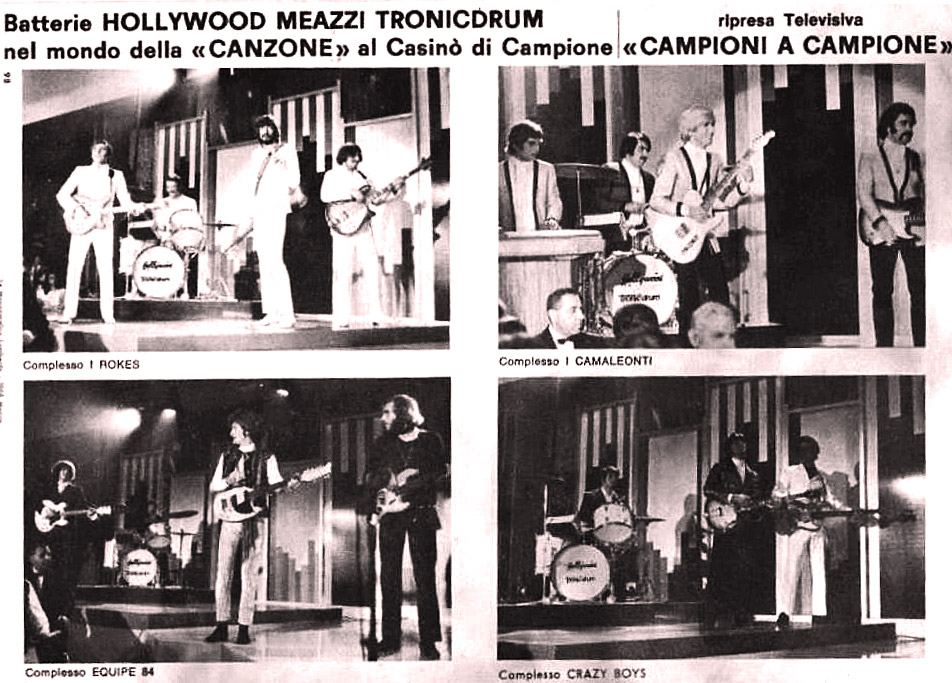 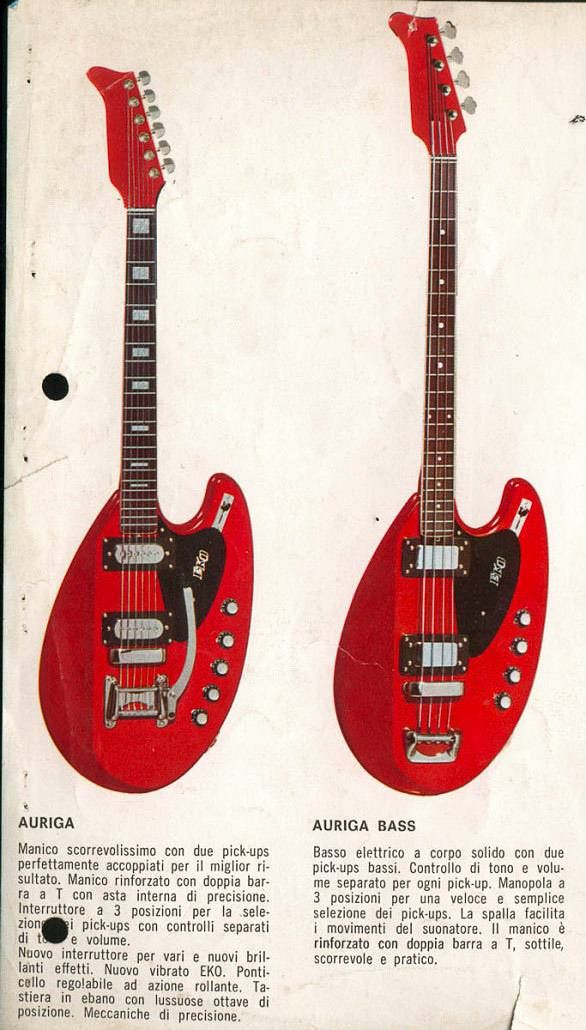 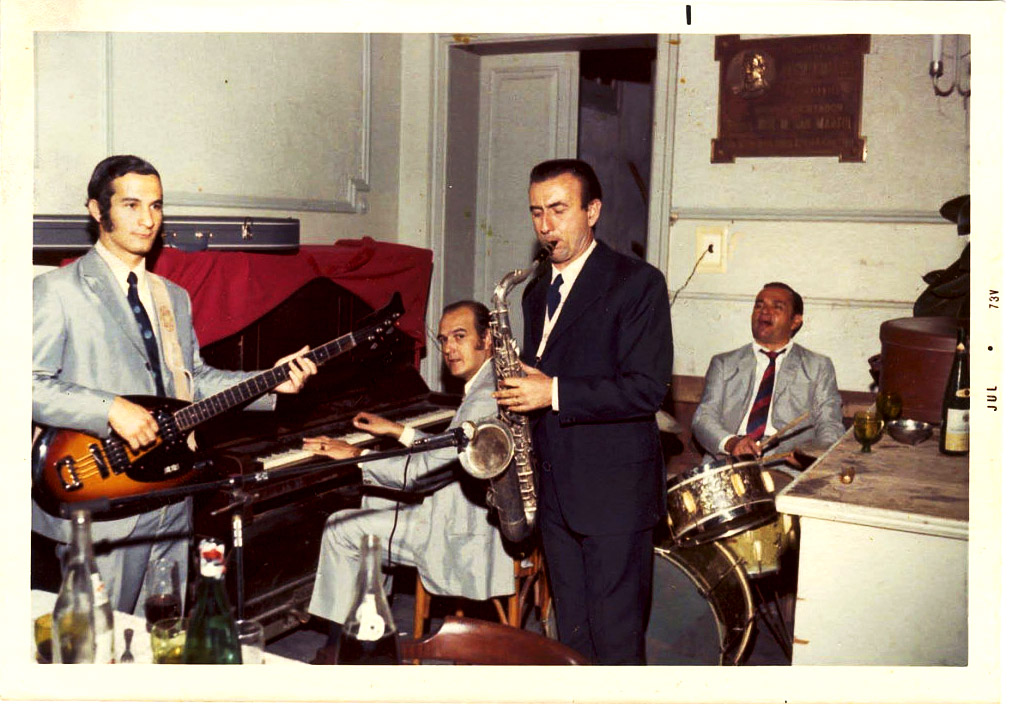