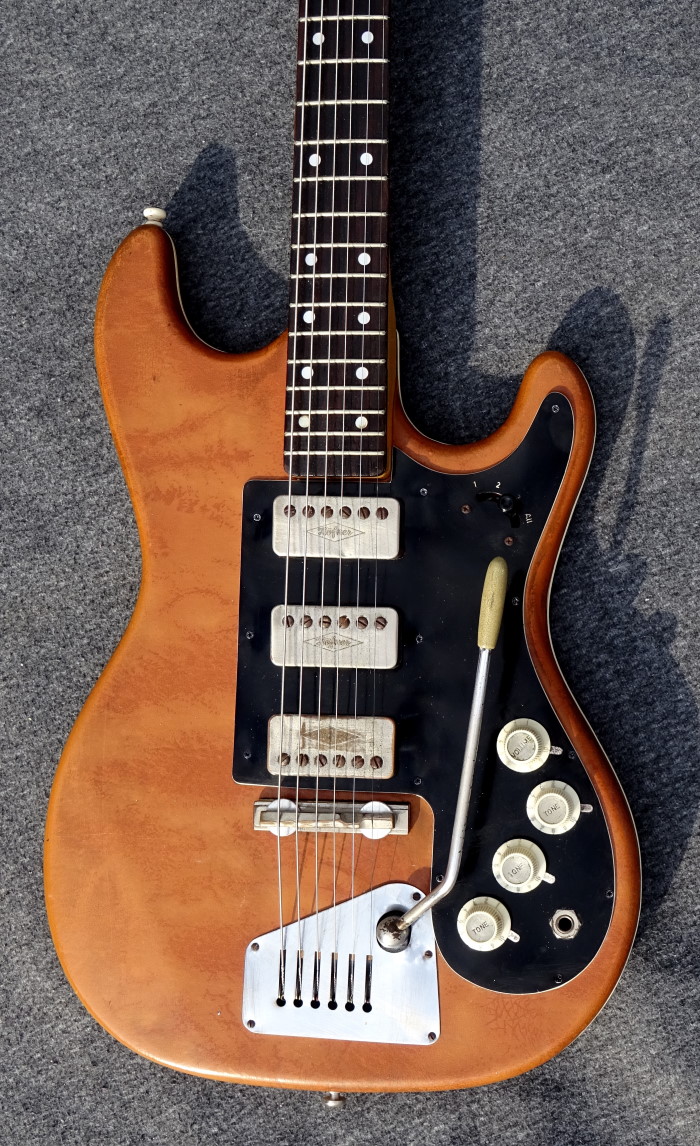 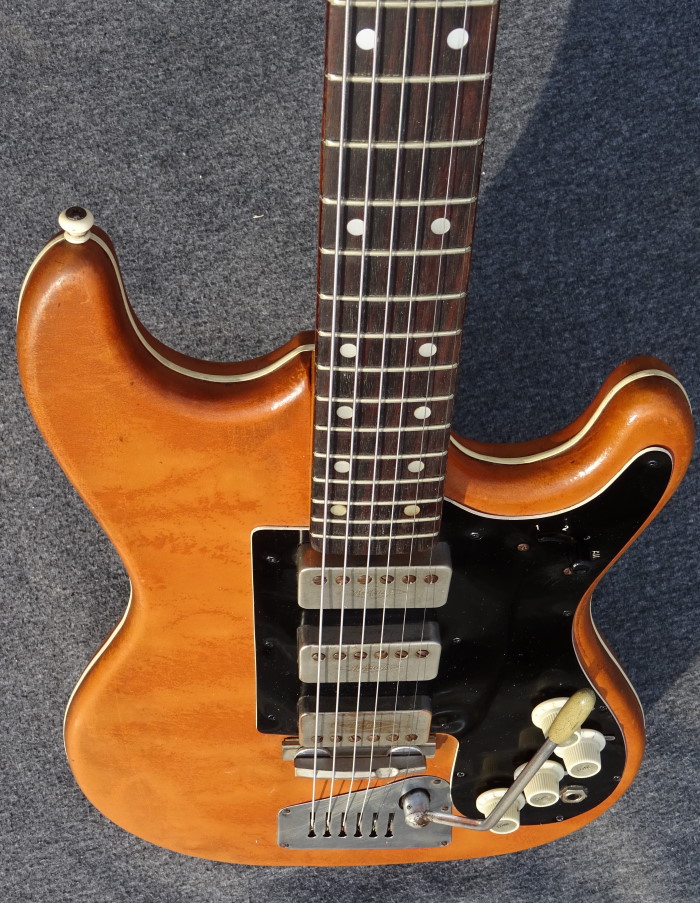 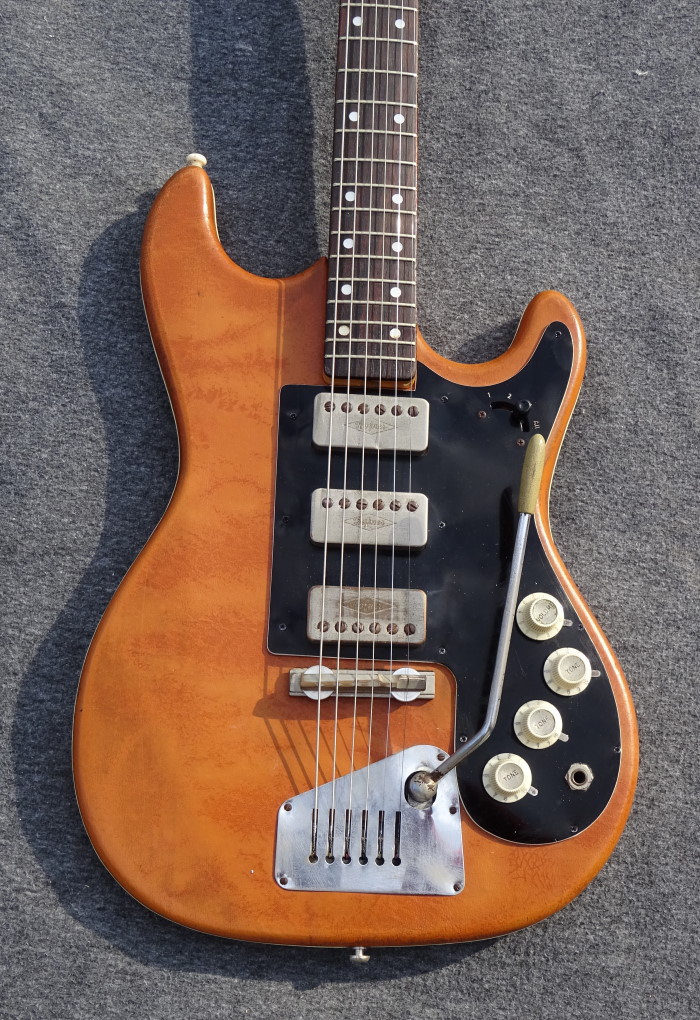 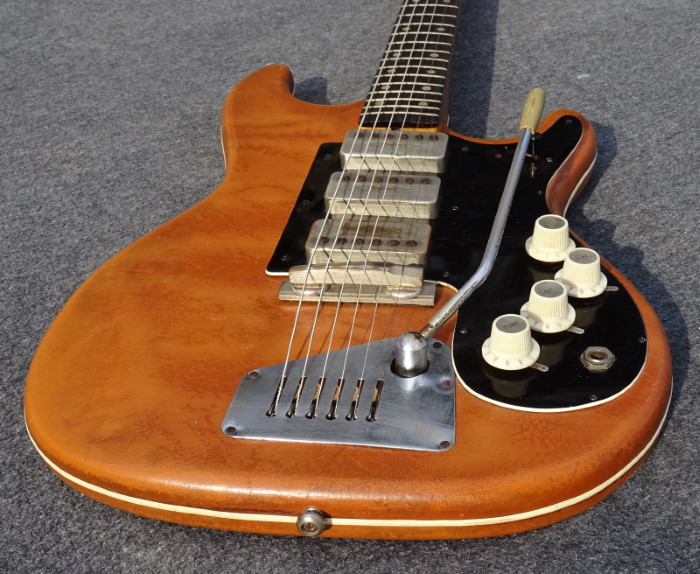 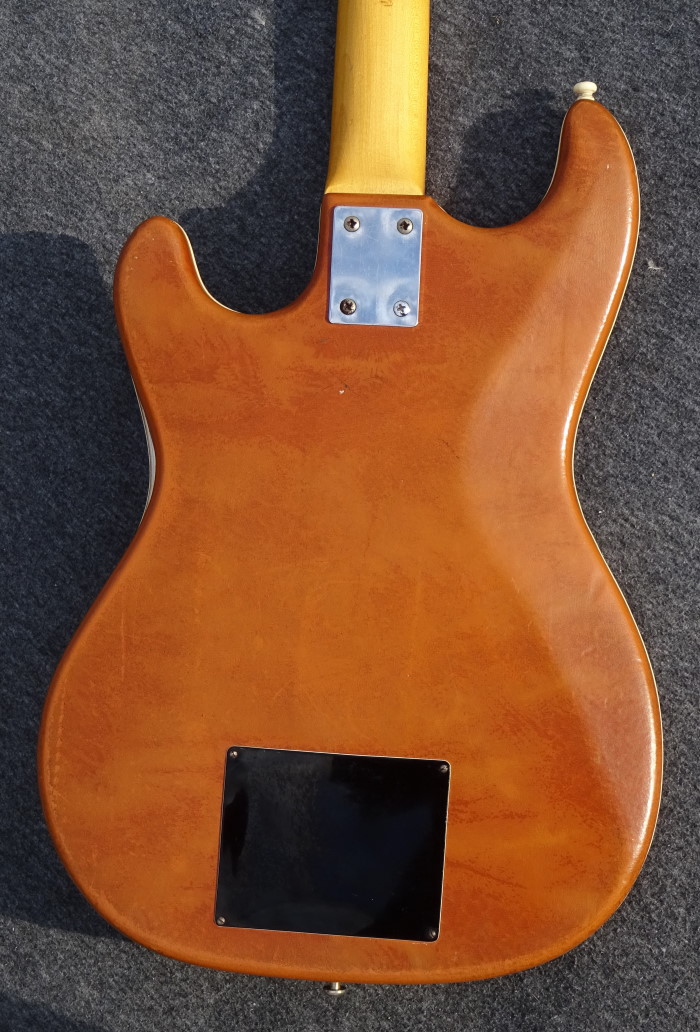 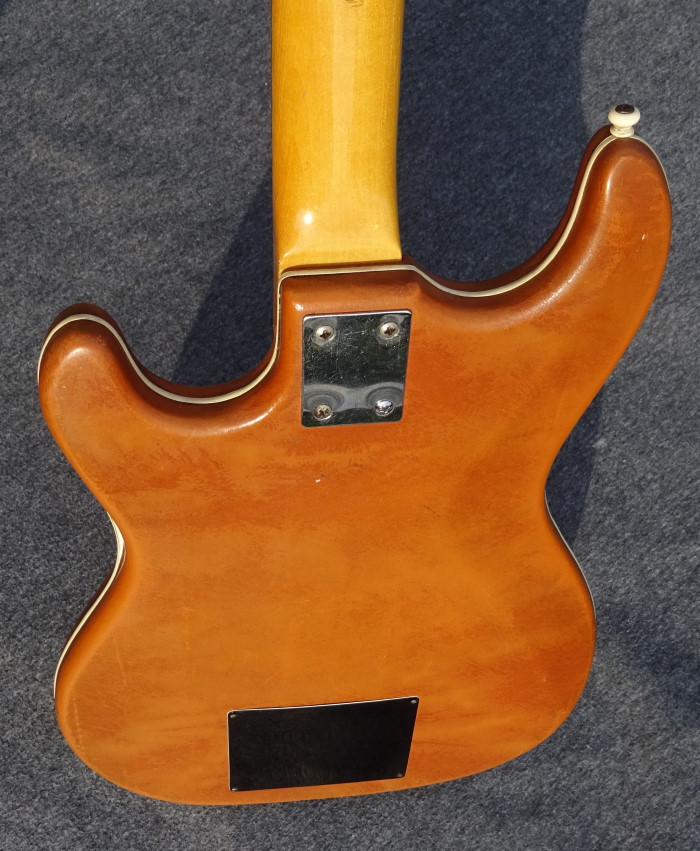 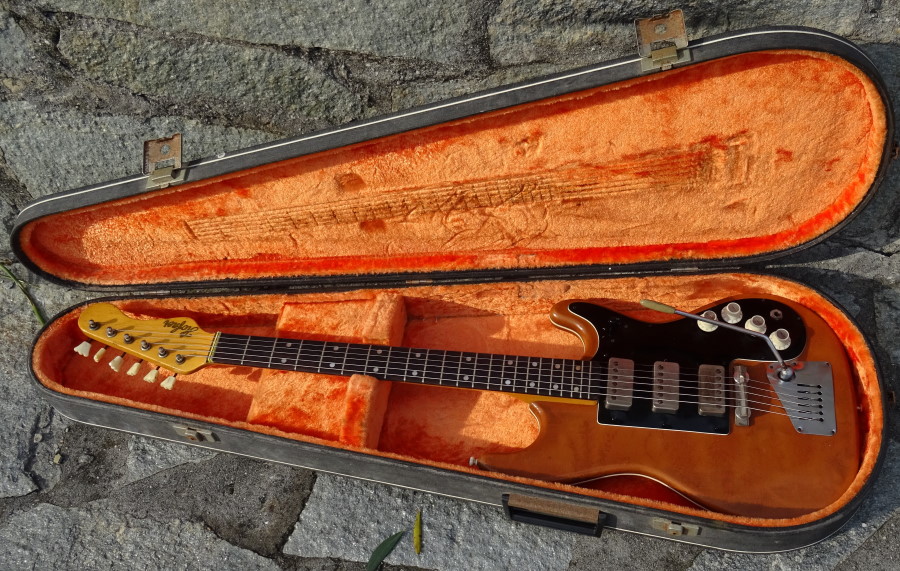 Nice straight neck with Rosewood fingerboard is fine.Weight: about 3.3 kg., frets 70% playable, new pots original circuit. Guitar working well without noise or problem. Original Brown Vinyl body.The "Super Solid" guitars were developed out of the second version of the Hofner V2 & V3 solids, when Hofner decided to move away from their rectangular control console and use individual rotary controls on most of their guitars in late 1962. Intended as Hofner's premier solid guitar at the time, it was produced for about a year before being superceeded in its turn by the much more radical Galaxie model in late 1963, although it would seem that the two pickup Super Solid II was produced in parallel with the three pickup Galaxie for a few months into 1964.Initially, the Super Solids used the same body and neck as the earlier second-series "V" solids, with the double fret marker dots. Rotary volume and tone controls, together with a rather more elaborate pickup selector were fitted however, and the scratchplate changed from plastic laminated to adonised metal. The Super Solid III was fitted with three pickups and three individual tone controls, and the Super Solid II had two pickups and tone controls. The Hofner built-in vibrato unit was fitted as standard to both versions, and the simple height adjustment-only bridge of the "V"'s was also retained..Pickups fitted were generally the Type 510 "Diamond Logo" units, but the very last guitars i.e.the 1964 Super Solid II's had the Type 511 "Staple" pickups. These later guitars also received a fully-adjustable bridge and the scratchplate reverted back to plasticThe name "Super Solid" was only given to these guitars by Selmer UK, who disliked using Hofner's numerical model designations. Elsewhere in the World, these guitars were known as the Hofner 172 and 173. 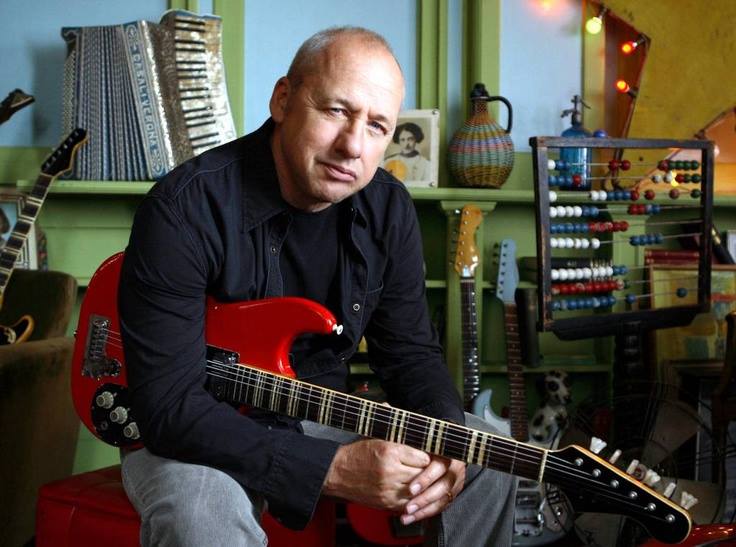 Mark Knopfler with his Höfner Super Solid II. He received this guitar from his father when he was 15 years old. He actually couldn't afford an amplifier, so he played through the family radio. This guitar was bought for 50 pounds in 1964.