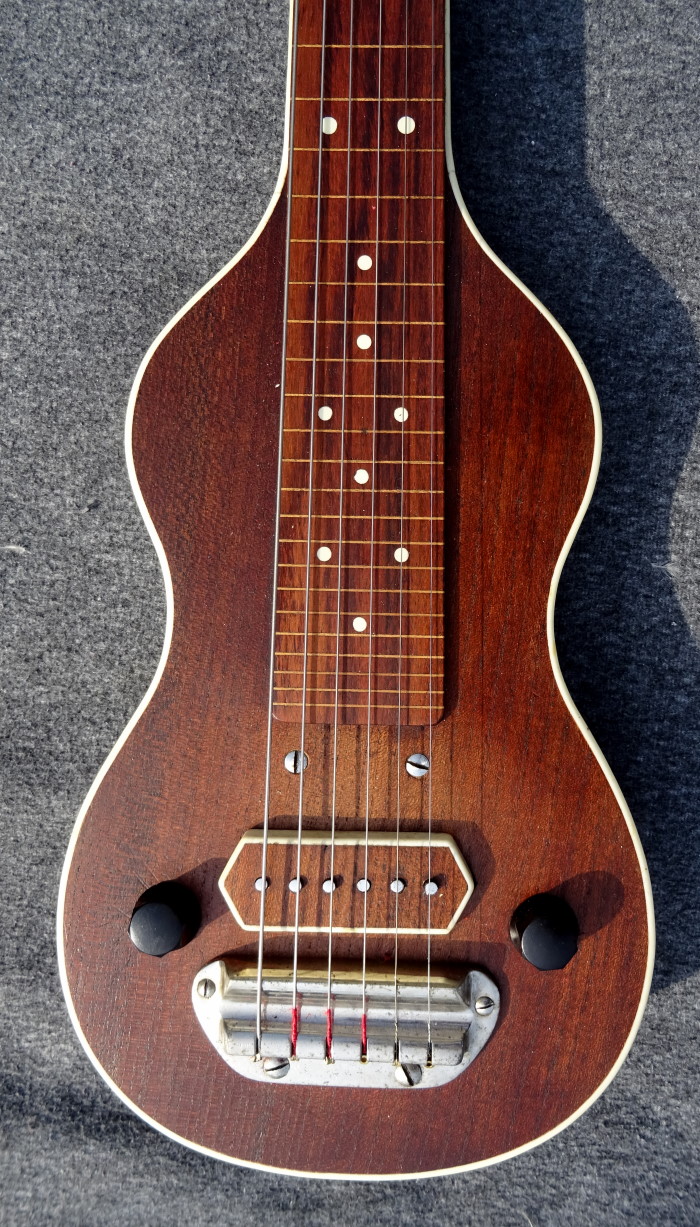 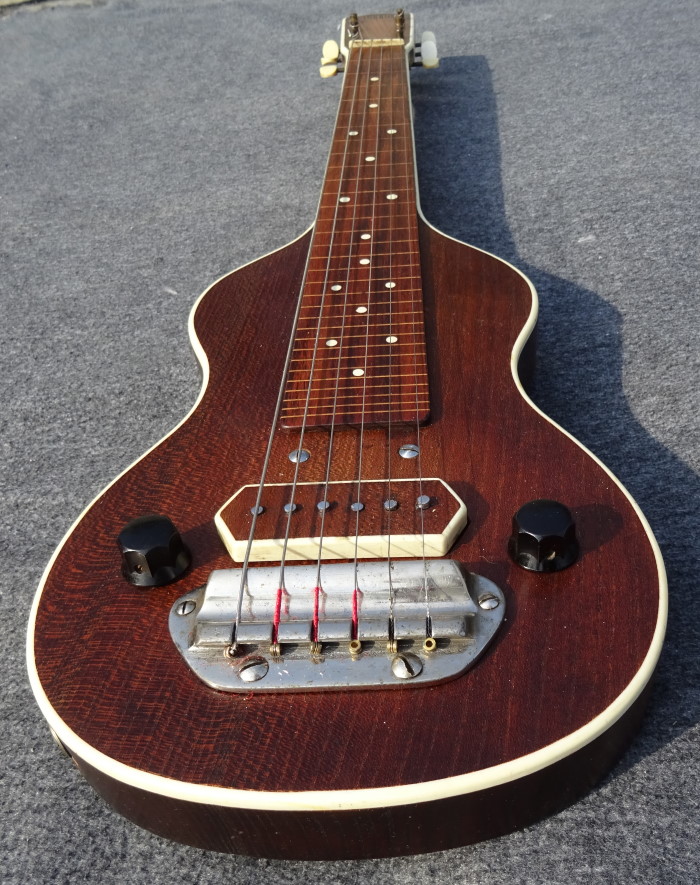 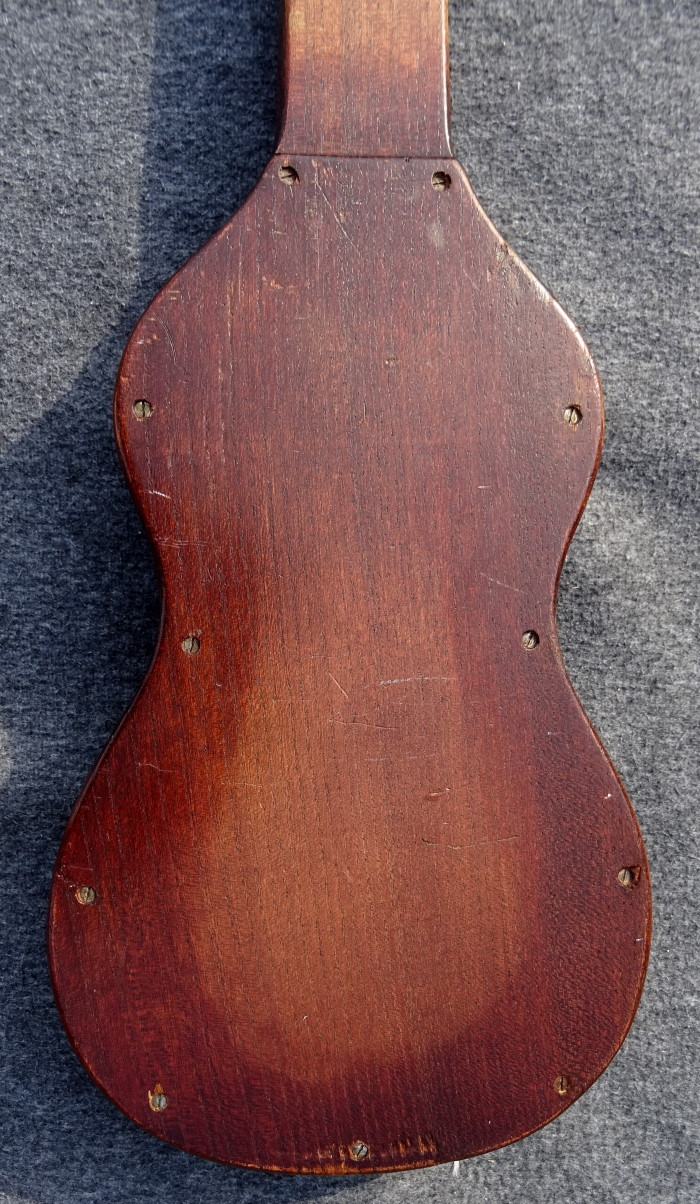 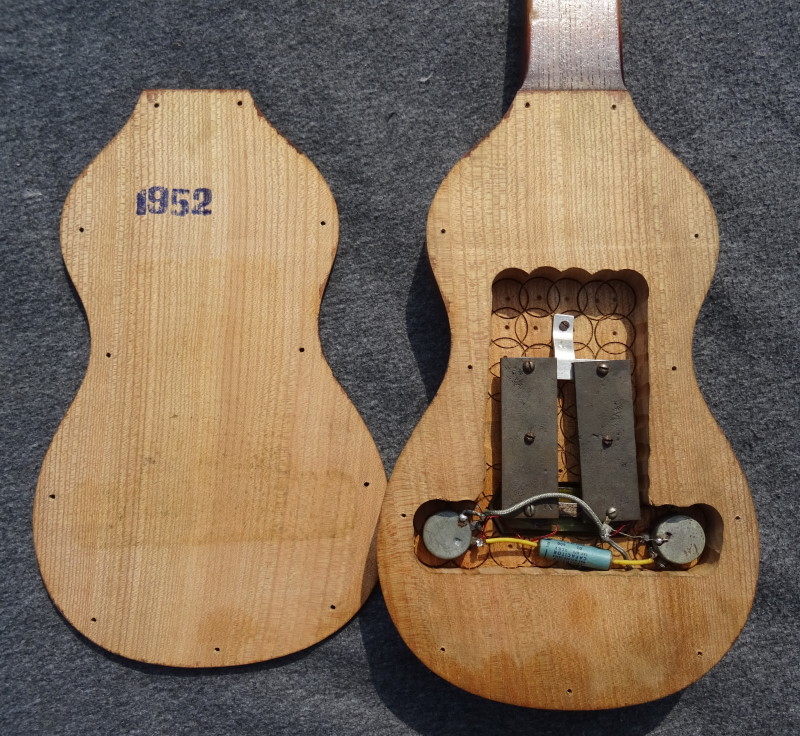 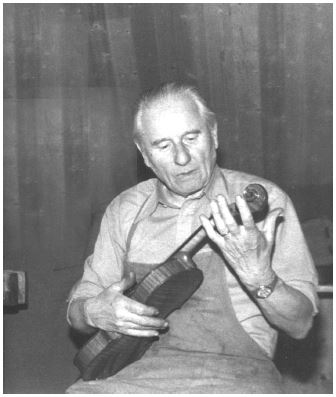 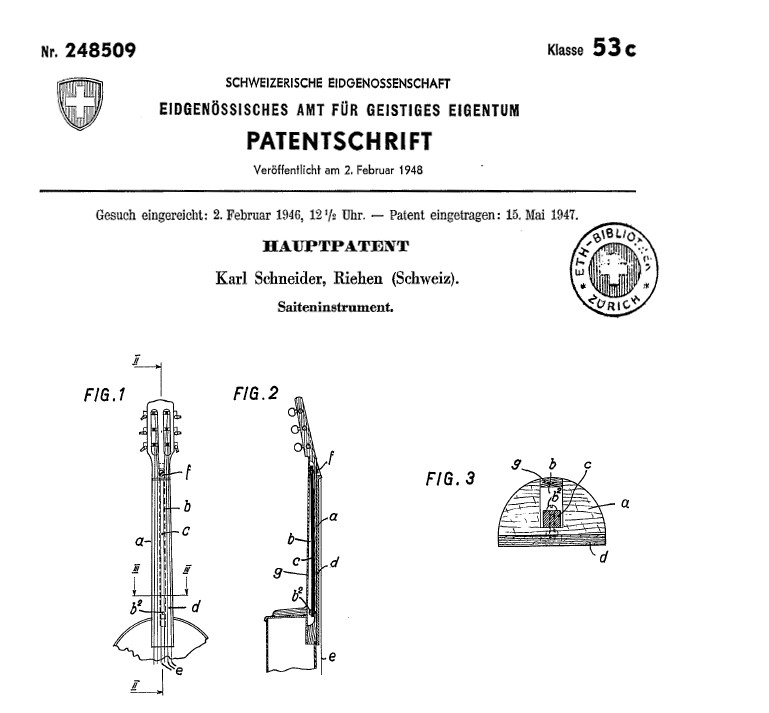 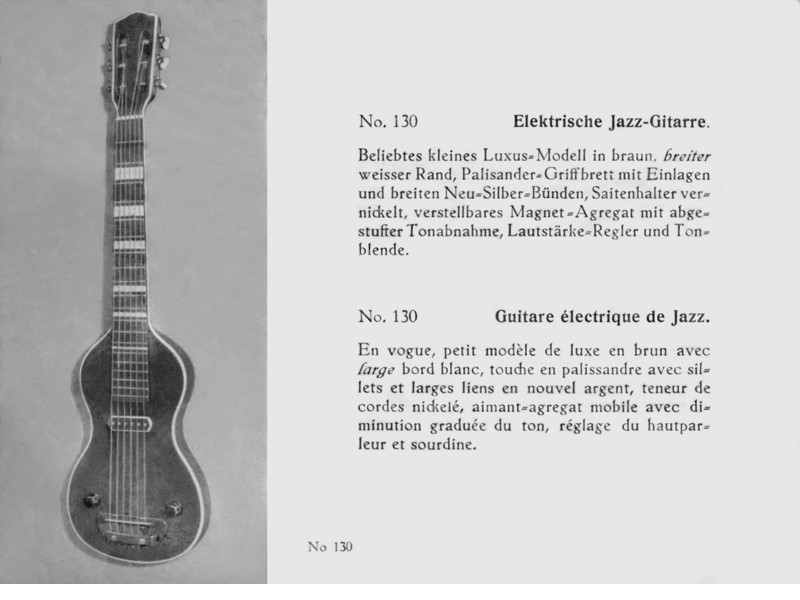 Photo 03. Rio Gitarren Guitares catalog circa 1948. Guitare électrique de Jazz N°130. The body is the same as on Rio Hawaiian electric guitars but with a fretted neck. Elsbeth Vocat- Schneider : “… made in the early 40s in his workshop in our apartment living room. Avoiding vibrations, the model was discontinued after Fender and Gibson guitars became widely available”. Courtesy of the estate of Karl Schneider-Wenk, Riehen. Photo X. 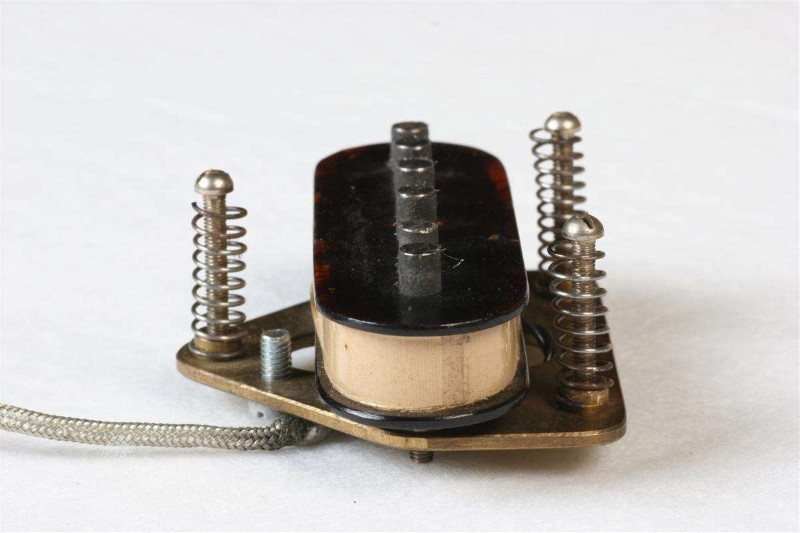 Photo 04-2. Single coil pickup, similar (bobbin, 6 cylindrical magnets) to those found onGibson lap-steels between 1951 and 1956 and on Rio lap-steels, but with a higher resistance(9.52 k 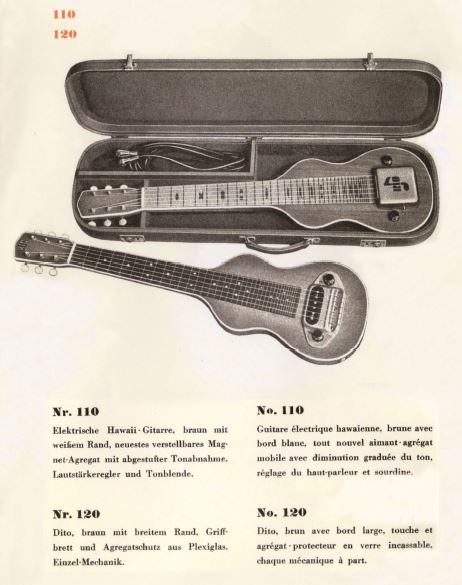 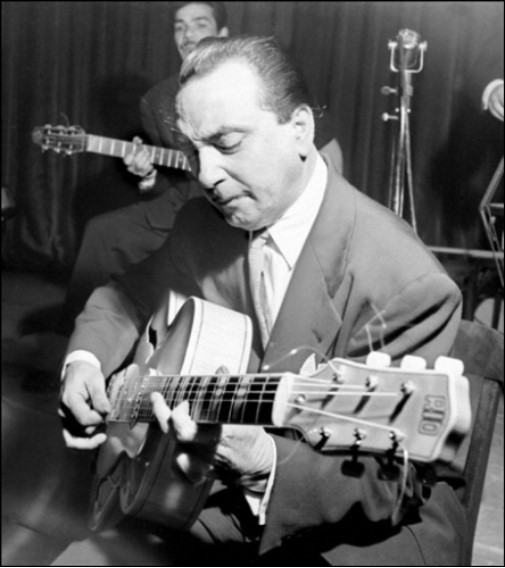 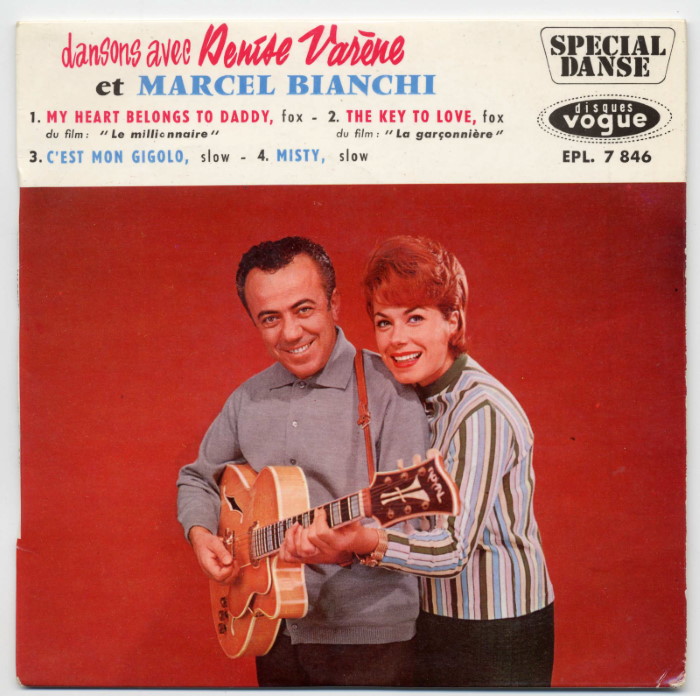 Photo 17 Marcel Bianchi’s other guitars. Being born in Marseille, M. Bianchi played a Carbonell during the 30s http://minilien.fr/a0ln3f, as well as a Selmer. In addition to the Rio and the double-neck lap-steel (which might have not been a Rio) he bought in Switzerland, he played at least, all along the 50s and early 60s on a Super de luxe, a Royal, a Hawaiian electric guitar and a Texas, both crafted by the Jacobacci family for the Major Conn shop, as well as on an Epiphone Al Caiola. Pictured here is a Royal, with fancier gold plated hardware . Vogue EPL. 7 846. Courtesy of André Sévenier. Photo André Nisak. 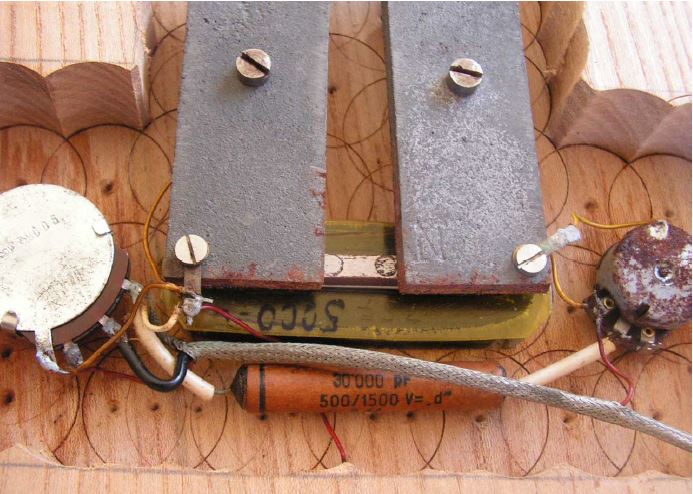