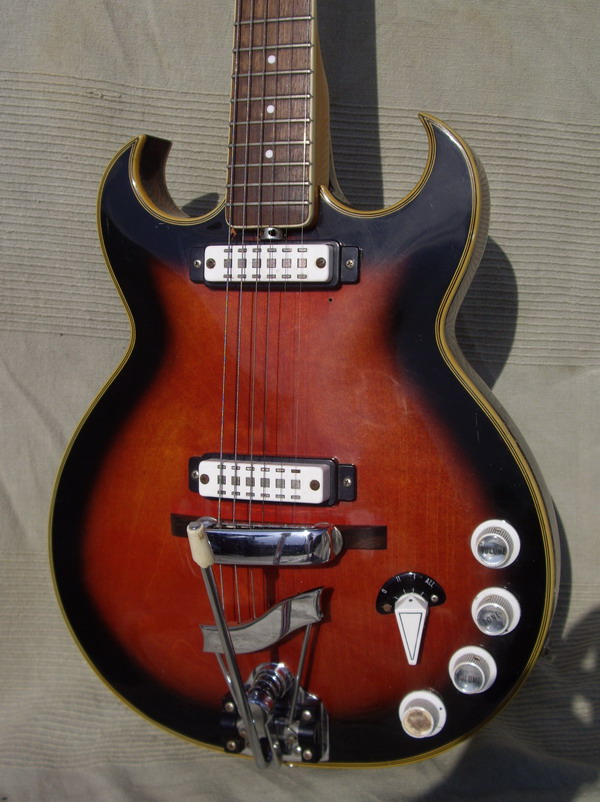 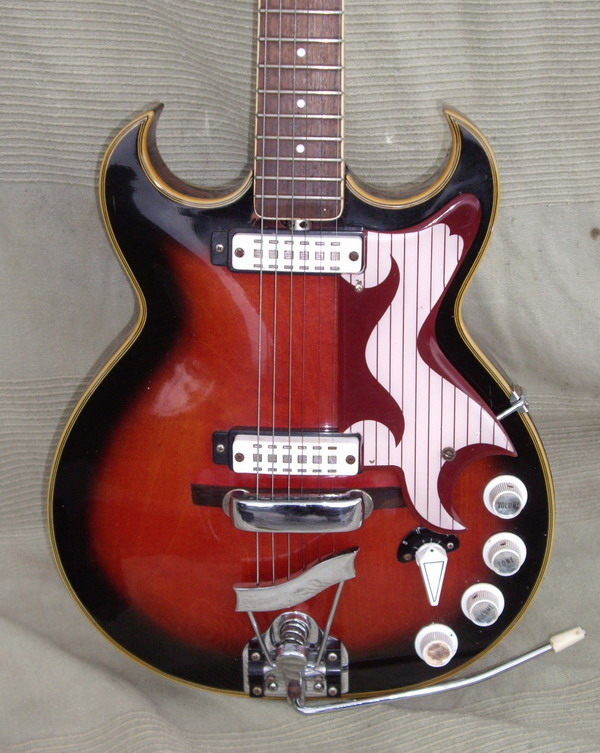 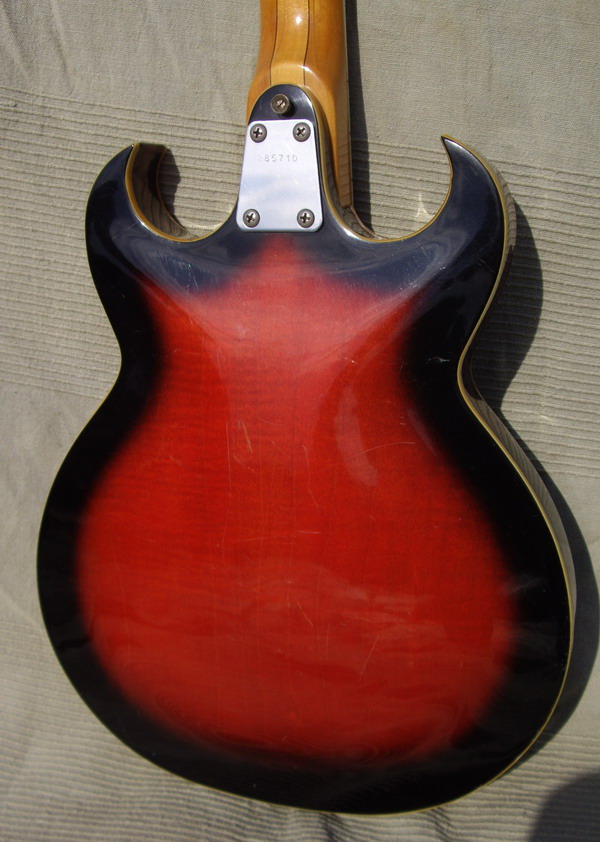 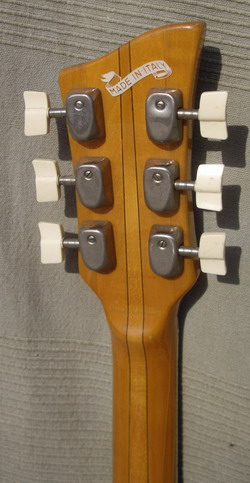 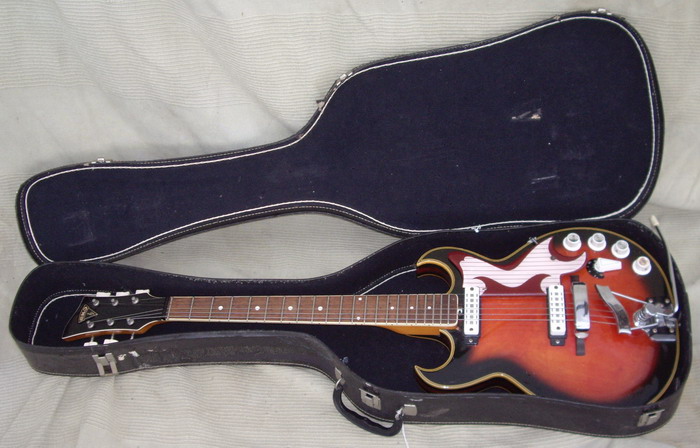 1964 to 1969
The Italian made EKO Floretine electric guitar is namded for its deep Floretine cutaways which give it an almost SG shape. EKO used model numbers 360, 180 (the single cutaway version) and 70 for these Florentine guitars.  Its thinline hollow body is fully bound with arched top and back made from maple. It has a short scale bolt on laminated neck with rosewood fingerboard and white dot position markers. The pickups were EKO double polarity twin pickups - these have a reputation for being rather low output . Later (1967 onwards?) Florentine models have different pickups - with a single row of visible round polepieces. The early Florentine 360s had a trapeze tailpiece with an ebony bridge - but there are many variations on the bridge hardware - including EKO roller action Vibrato unit tailpieces and metal tune-o-matic style bridges. Some models had two striped pickguards - upper and lower, but others have a single pickguard. The finish is typically a two tone sunburst.  There is also variation in controls configuration. Some models may have a row of push-button pickup selectors on an upper pickguard and single volume and tone controls whereas the Florentine 70 model of the late 1960s has a rotary pickup selector and 2 volume and 2 tone controls. and EKO roller action Vibrato unit. 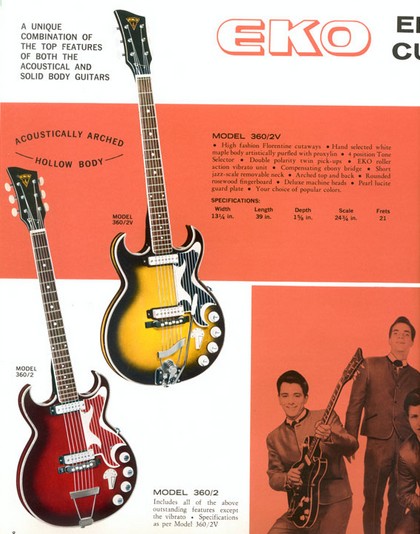 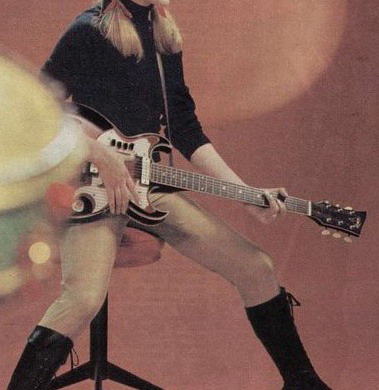 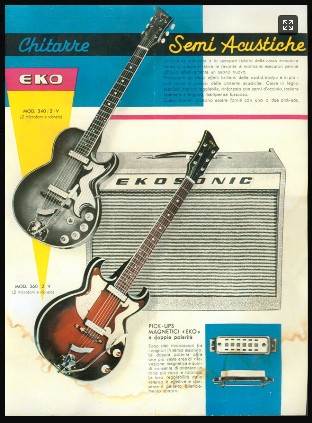 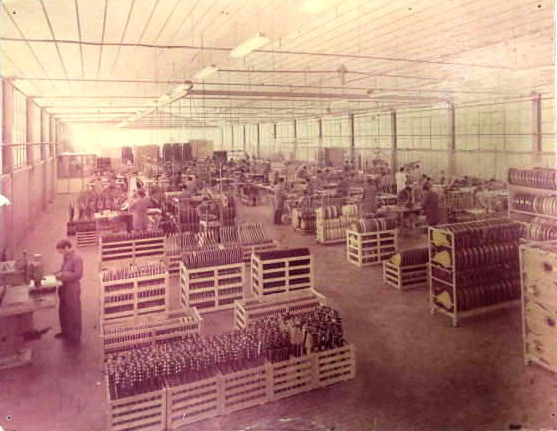