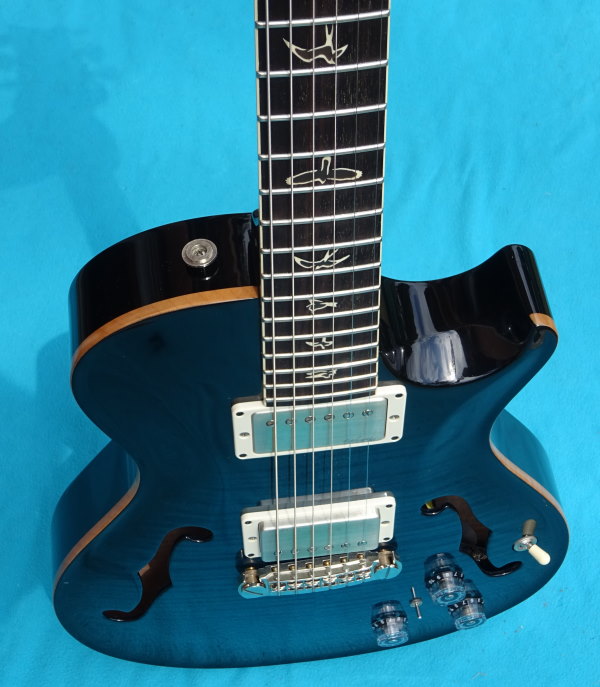 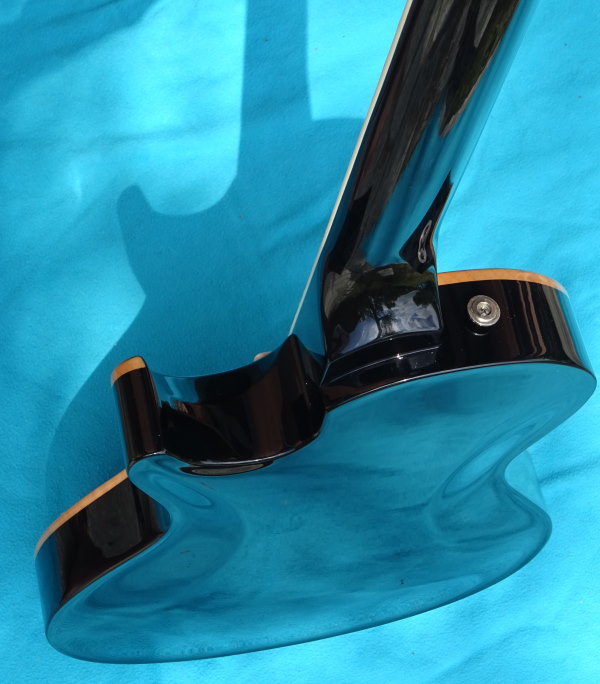 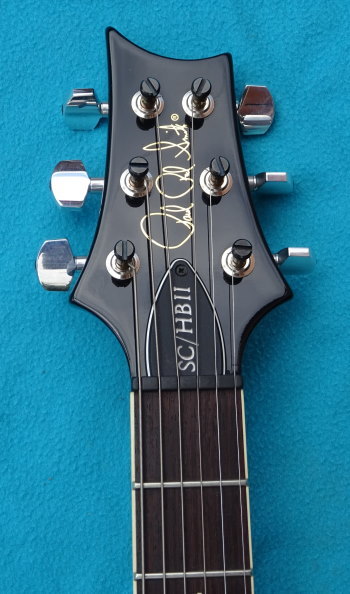 One of the most flexible and beautiful guitar designs available, a PRS Hollowbody II in Vintage Sunburst finish. This 22 fret, 25" scale guitar has "10" graded flame Maple used for both the top and back. Mahogany is used for the neck and sides. The neck carve is PRS' Pattern shape (formerly known as their Wide/Fat neck). The humbuckers are PRS' amazing 57/08's and the guitar has piezo elements built into the adjustable stoptail bridge. Controls include a three-way switch for the humbuckers, volume, tone, blend and a three way switch for the piezo. With these electronics, there isn't much this guitar can't do and I've seen this guitar model used for everything from jazz to heavy metal to solo singer/songwriter duty. It is incredibly light and comfortable to play,