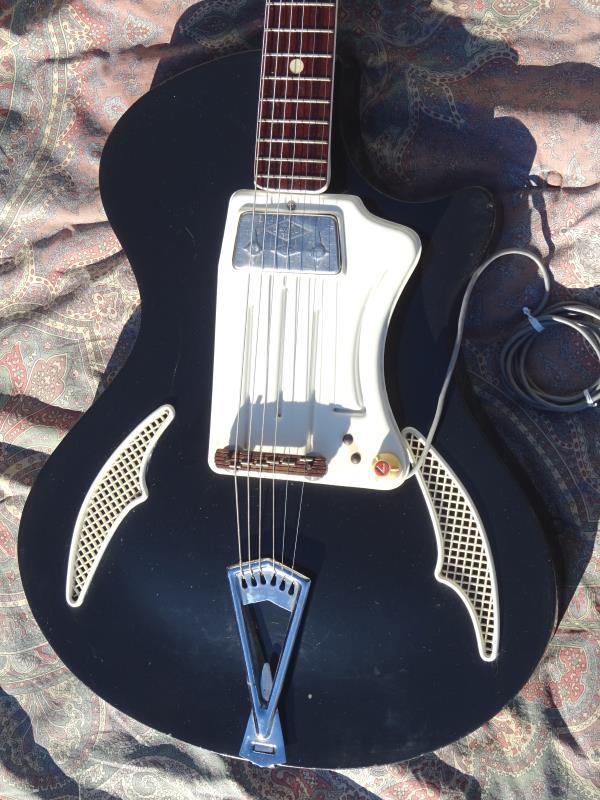 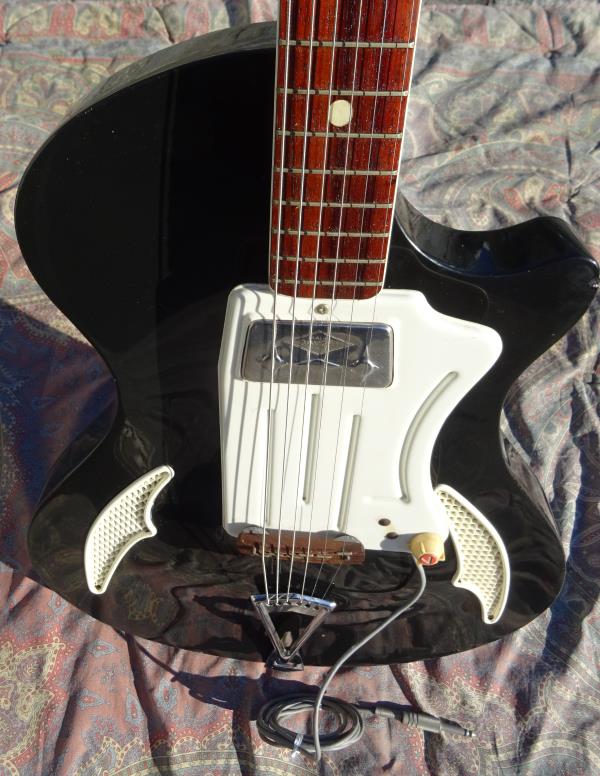 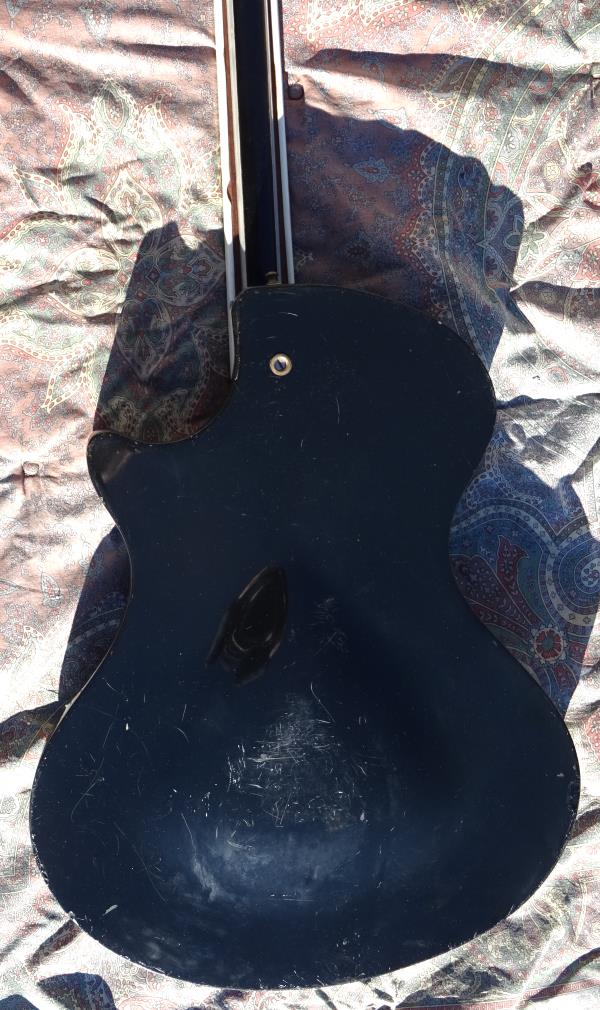 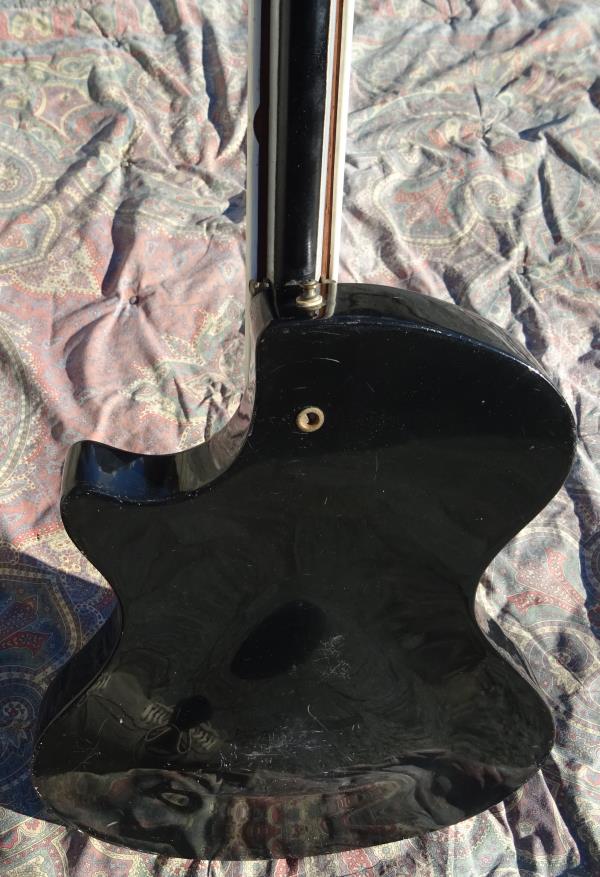 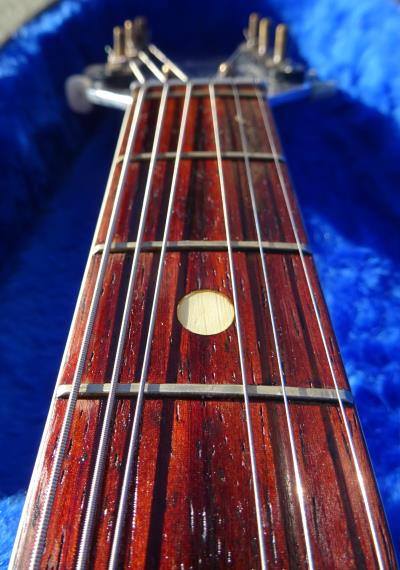 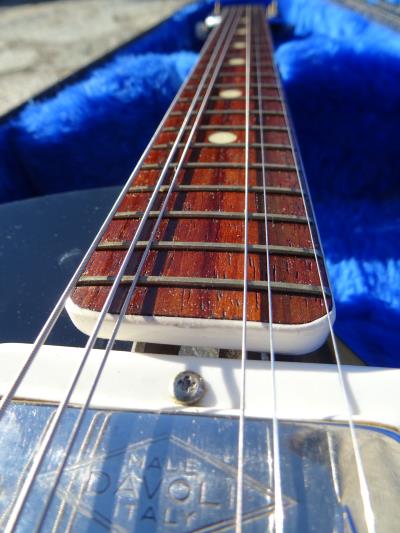 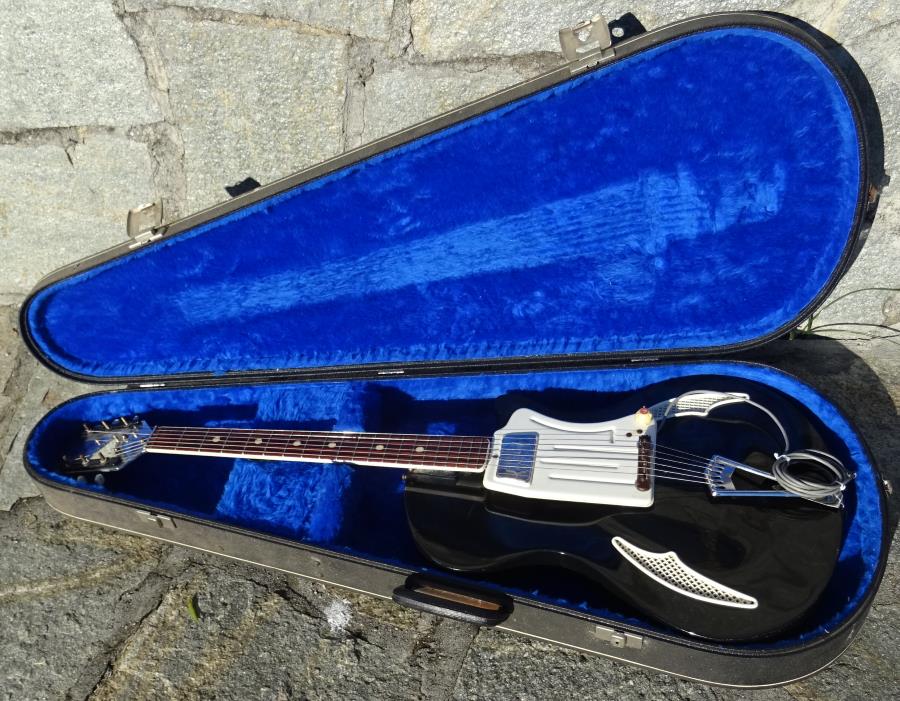 This Wandre Tri Lam was made in Italy in the 1960's. It is a great playing and sounding guitar, with  aluminum neck.

Instruments produced in Italy during the mid 1950s through to the late 196Os. Distributed in the U.S. by Don Noble and Company, and in the U.K. by Jennings Musical Industries, Ltd (JMI).Wandre guitars help define where art design and guitar production cross. Designed by ltalian motorcycle and guitar appreciator, Wandre' Pelotti (1916‑1981) was an artist and sculptor from Milan. Wandre' instruments are oddly shaped thinline hollow body electric or solid body electric guitars with either Framez or Davoli pickups.Wandre'guitars were personally produced by Pelotti from 1956/1957 to 1960. Between 1960 and 1963, the designs were produced by Framez in Milan, Italy; then by Davoli from 1963 to 1965. Pelotti supervised construction from 1966 to 1969 in his own factory.Wandre's instruments may bear a number of different brandnarnes, but the Wandre'Iogo will appear somewhere. Other brandnames include Davolí, Framez, JML Noble, Avalon, Avanti I, Krundaal, and possibly others.These solid body (and some hollow body) quitars featured aluminum necks (called “Duraluminum") with wood fingerboords, and plastic coverings on the body. Finishes include multi‑color or sparkle, as well as linoleum and fibergloss body parts. 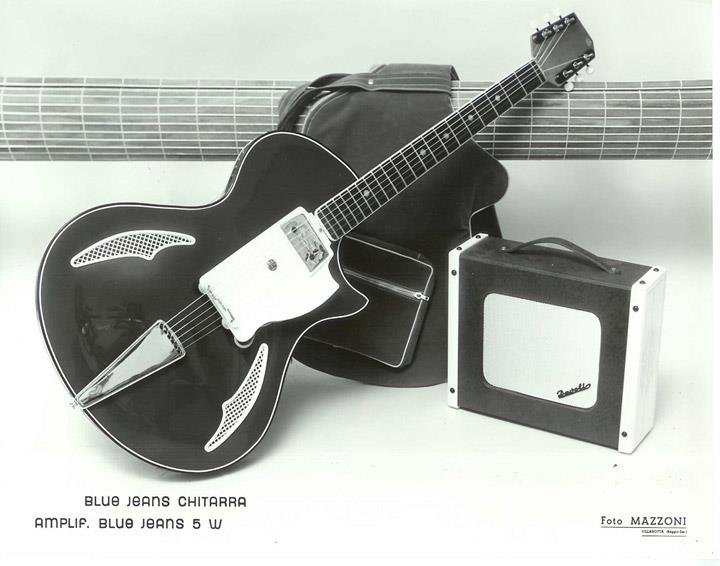