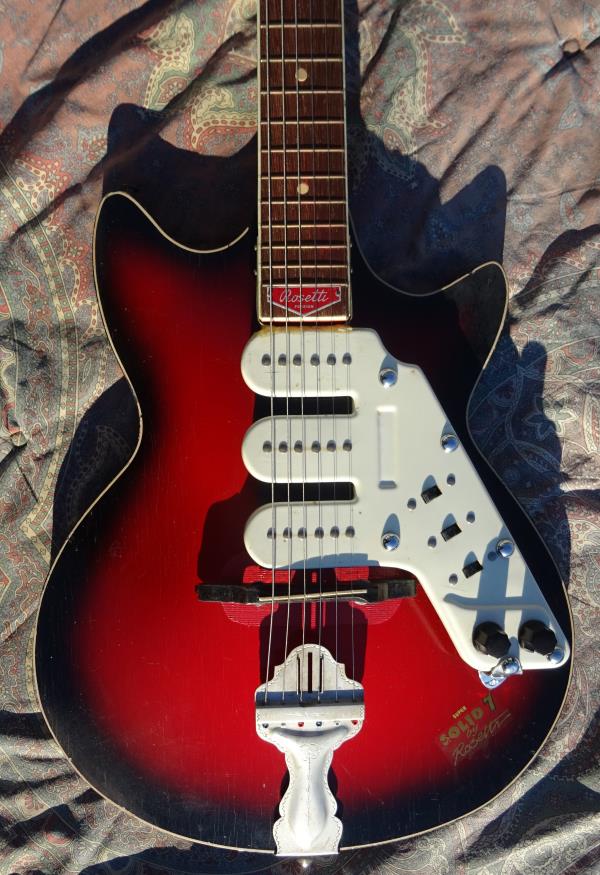 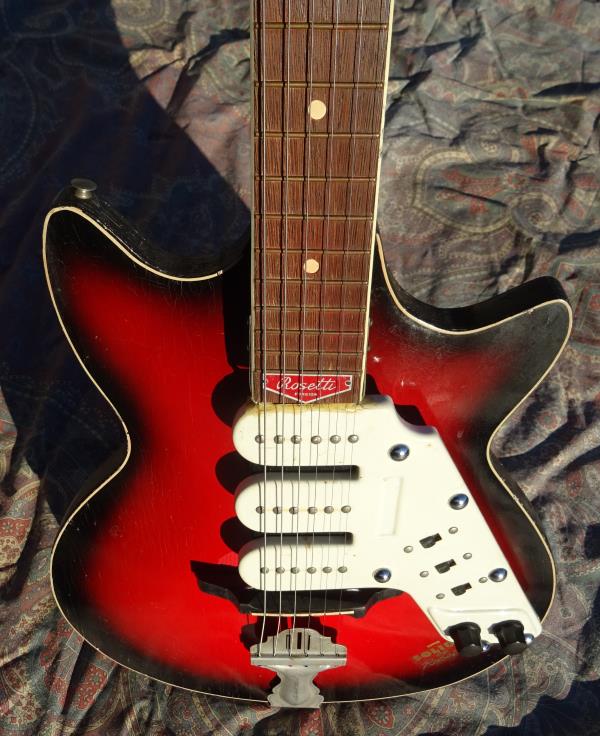 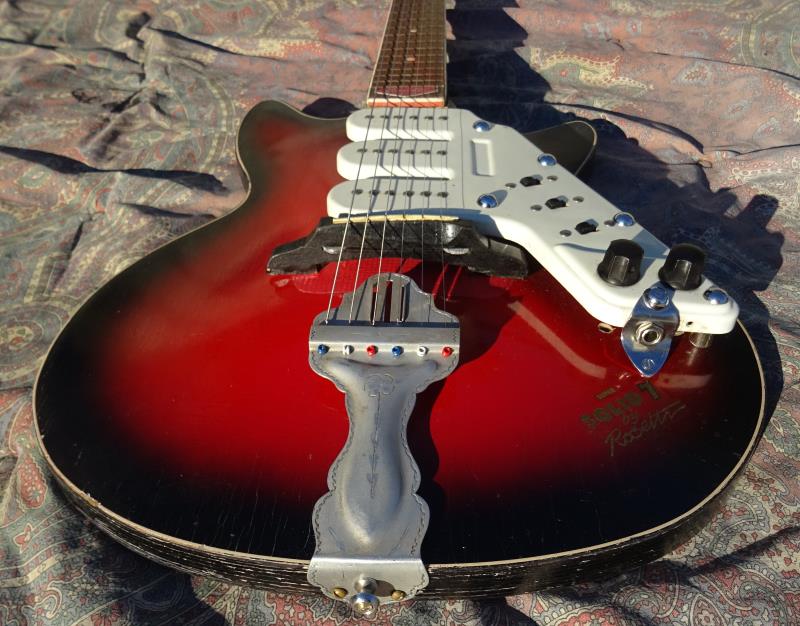 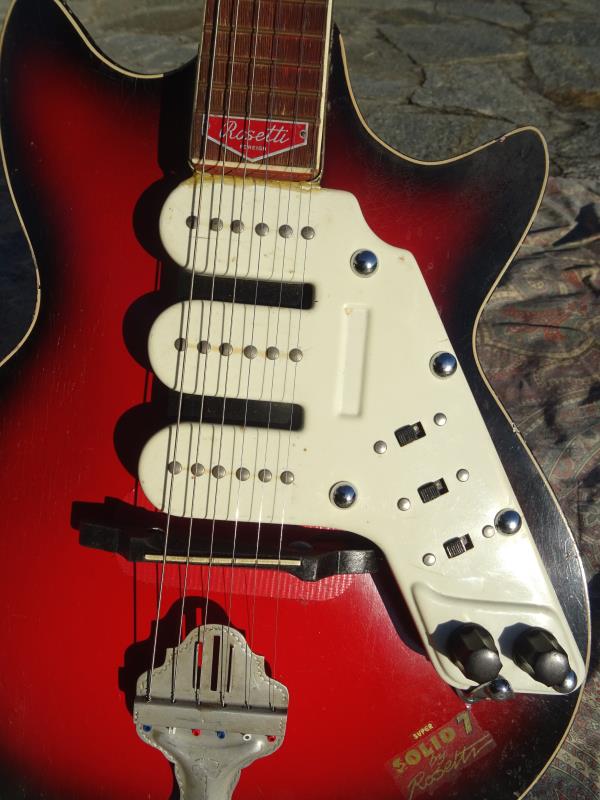 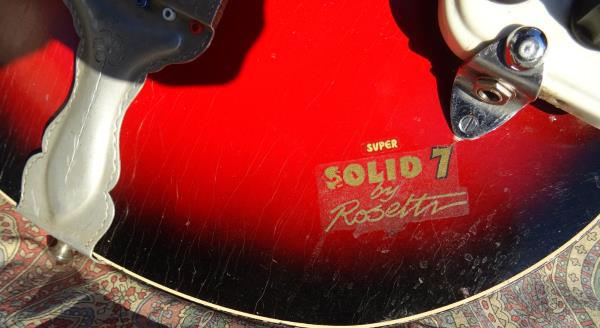 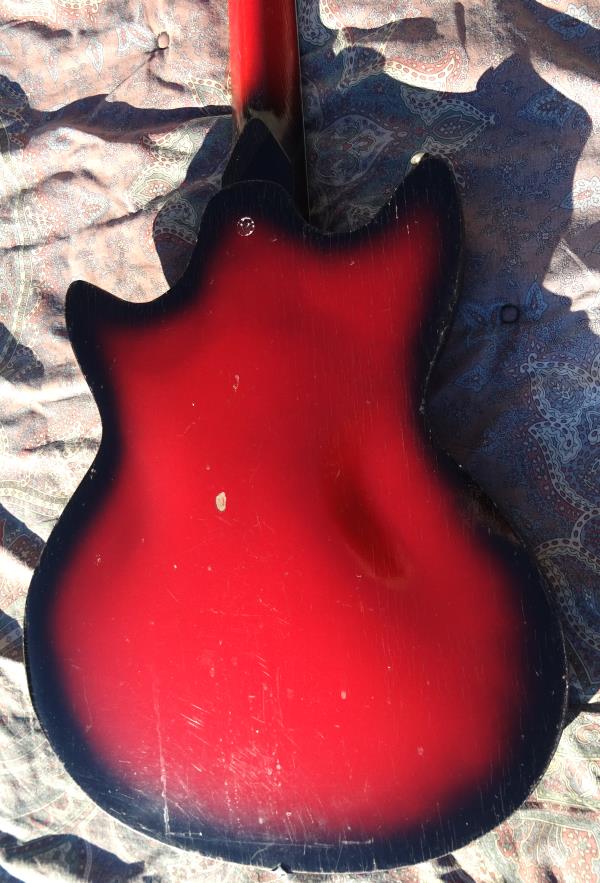 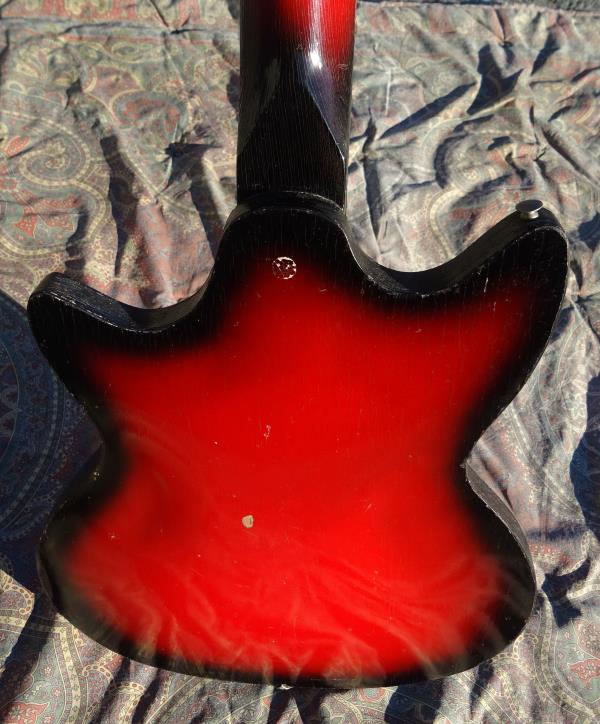 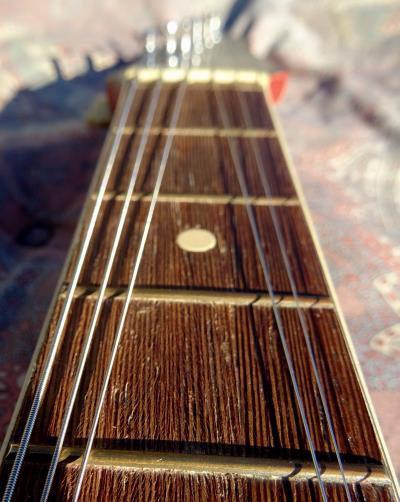 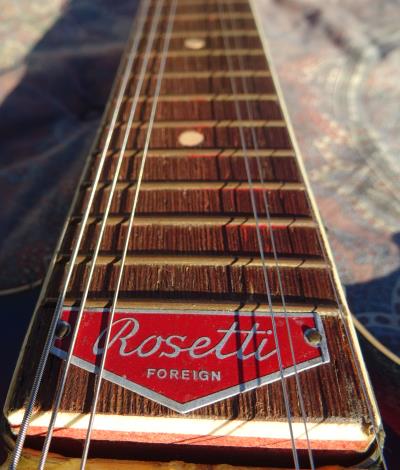 Maple hollow closed body, Maple neck with a "C" profile, 44.5" wide nut, wenge fretboard, flat radius, and dot inlays. Original hardware, original pickup with three pickup on-off switches, volume and tone controls.There are dings and edge wear around the sides and there are some finish chips and dings throughout the back The neck is mostly smooth with surprisingly minimal wear and the headstock has some checking and dings. This is one Super Solid hollow body!

This was Rory’s first electric guitar, bought about two years after he acquired his first acoustic guitar – a dark sunburst general model of unknown manufacturer. This guitar was made by a Dutch firm called Egmond, and imported into the UK by Rosetti company, who sold them for about £20 in the 60s. Although we couldn’t find any photos of Rory with the guitar, he most likely had the two-pickup model, since the three-pickup one was often refereed to as “Super Solid 7” and it featured a tremolo bridge, both of which details Rory does not mention when talking about the guitar. The Solid 7 model also featured a hollow-body design, but didn’t have any sound holes so to an observer it looked like a solid-body, and it didn’t have a truss rod which meant that over time the neck would end up with a upward bow because of the sting tension.

The Solid 7 was launched in the late 50's (around 1957). It was normally an ES113/22M2CA with 2 pickups. When having 3 pickups (and mostly a tremolo) it was an ES113/23M2CA and was also called the Super Solid 7. The name makes you think it was a solid body guitar, but it wasn't, it was a hollow body guitar without any sound hole. That made it lighter and more sloshy than a solid body guitar. The Bass 7 was the complementary bass to the Solid 7 and was an EB113/32M2CA. The body shape was, at first, as the one to the left above, i.e. with two symmetric cut-outs, on the guitars. And the bass had one cut-out, as the one to the right above. Then Egmond came up with the new style double cut-out, as the one in the middle above and that shape was later on all guitars in the Solid 7 series. These guitars had no truss-rods, so their necks were bent after some time. Later (maybe around 1964) the Solid 7 got a truss-rod, and then (probably 1966) it was renamed Flash. 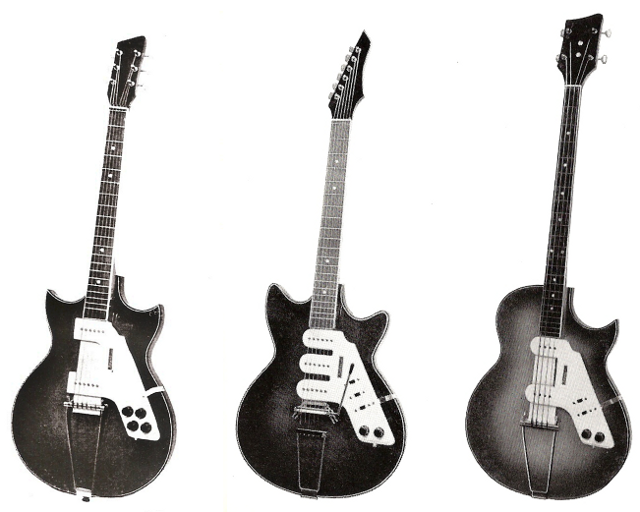