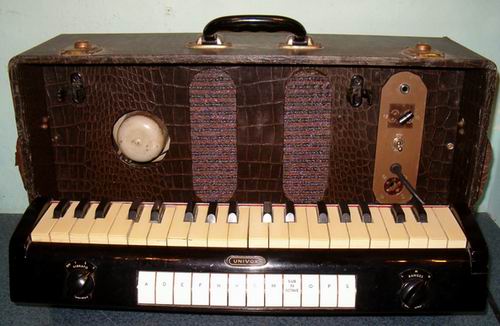 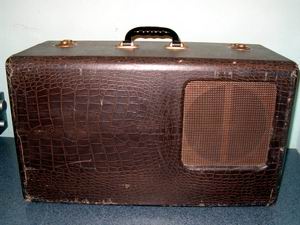 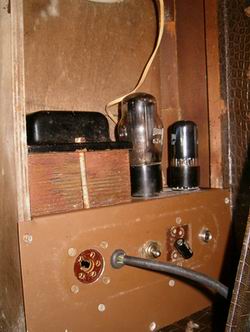 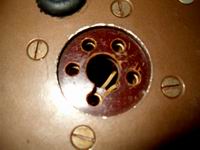 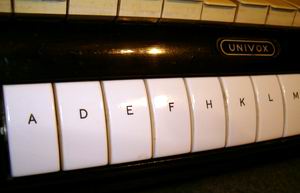 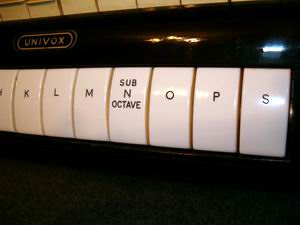 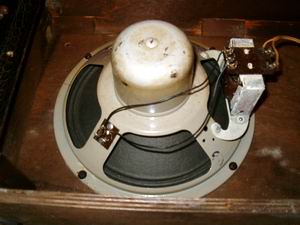 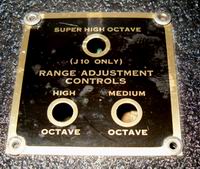 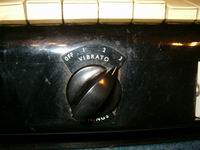 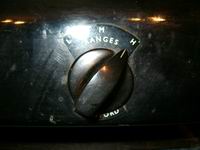 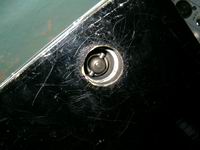 But with the end of the war, and the layoff of thousands of war-industry workers, Jennings and Denney went their different ways and lost contact. It is probable that Jennings concern with amplified music was sparked by Denneys absorbing interest in the matter, for not long after Jennings started his fufl-time business, he hired another musical acquaintance with electronic knowledge, Derek Underdown, to provide technical support to an electro-musical project he had in mind. Jennings wanted to build a miniaturized keyboard instrument not unlike a reed-organ or harmonium in its general sound, with the portability of a piano-accordion, and able to furnish enough self-contained volume to simulate vocals to a piano accompaniment. With this application in mind, only a single note capability would be required. A unique feature of this instrument was that it relied solely on amplified electronic circuitry for its sound. In the form in which it finally appeared, it was an effective and compact keyboard instrument, folding neatly into a carrying case which also housed a 6-watt amplifier and an 8-inch speaker, offering a fair range of tone selections and vibrato effects aimed at, and not unsuccessful in, approximating the human voice. Jennings named his first ail-original product the Univox, from the Latin for singie voice.

The Univox was very much a gamble on Jennings part. It was based on his own ideas and not produced in response to any generally expressed demand. But it was well made and proved reliable in operation, besides making an interesting addition to the pianists repertory of sounds. Eventually it sold well and could be found among the equipment of a good many pubs and clubs up and down the country, although now a working Univox is a rarity. Its chief moment of glory, however, was not until 1962 when it was the featured lead instrument on a very successful single called Telstar, by The Tornadoes. It was significant for Jennings in two ways: first, its sales enabled him to venture into manufacturing as a key area of his business, and this shift in emphasis was to provide its future development; second, making the Univox gave him invaluable experience in manufacturing a piece of electronic equipment that could function in the real world. This was reflected in the techniques later applied to his amplifiers and resulted in their reputation for dependability, which was no small part of the mystique they carne to possess. The Univox showed Jennings creativity in a very clear way, for although he had no great knowledge of electronics, his unique commercial vision enabled him to conceive of a product for an unexploited market. He was not ashamed of delegating the technical details to others: he knew his own strengths were of a more general kind and more important to the success ofhis business. Like most great entrepreneurs, Jennings saw that getting to where he wanted to be had more to do with good navigation than knowing how the engines worked.