Framus Texan acoustic guitar, model 5/196, hand-crafted in the Heart of Bavaria in West Germany in 1966. It is a well-preserved and unique sounding vintage beauty. Violin-arched back acoustic guitar made of all spruce Sunburst, Spruce top, arched and laminated back Maple or plywood neck Rosewood fretboard pickguard Construction from the mid-1960s. Quality German guitar, maple back and sides, solid spruce top, adjustable bridge, typical framus bridge, fretboard, comfortable to play, well maintained and with a warm sound rich in harmonics.

At the beginning of the 1960s, Framus' production division for folk/western instruments only consisted of the Dix, King, Gaucho and Jumbo models. However, the Country & Western scene was much more active in the USA than in Germany, which also had an effect on the product range of the Bubenreuth manufacturer: Concentration on the essentials brought about the triumph of the Texan model, which is available as a 6- and 12- stringed guitar for sale. It became one of the best-selling western models of all time. And it was no coincidence that the millionth Framus guitar for the company's 25th anniversary in 1971 was a King.

Framus had a folk/western production line in the early sixties that consisted of the models Dix, King, Gaucho and Jumbo. The country and western scene was however considerably more active in the USA than in Germany and that was reflected in the product offering from the factory in Bubenreuth: concentrating on the essentials created the success of the Texan model, which came as a 6- or 12-string guitar. It became one of the top-selling western models of all time. And the millionth Framus guitar at the 25th anniversary of the company wasn’t a King by accident. 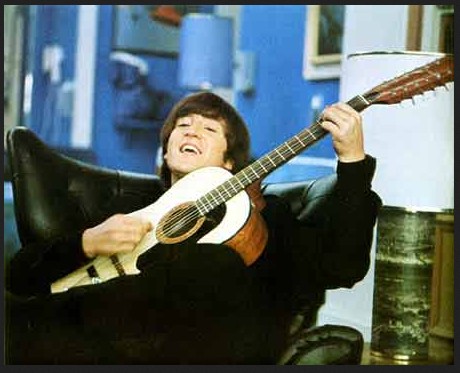 Beatles You've Got To Hide Your Love Away 1970 Framus Texan