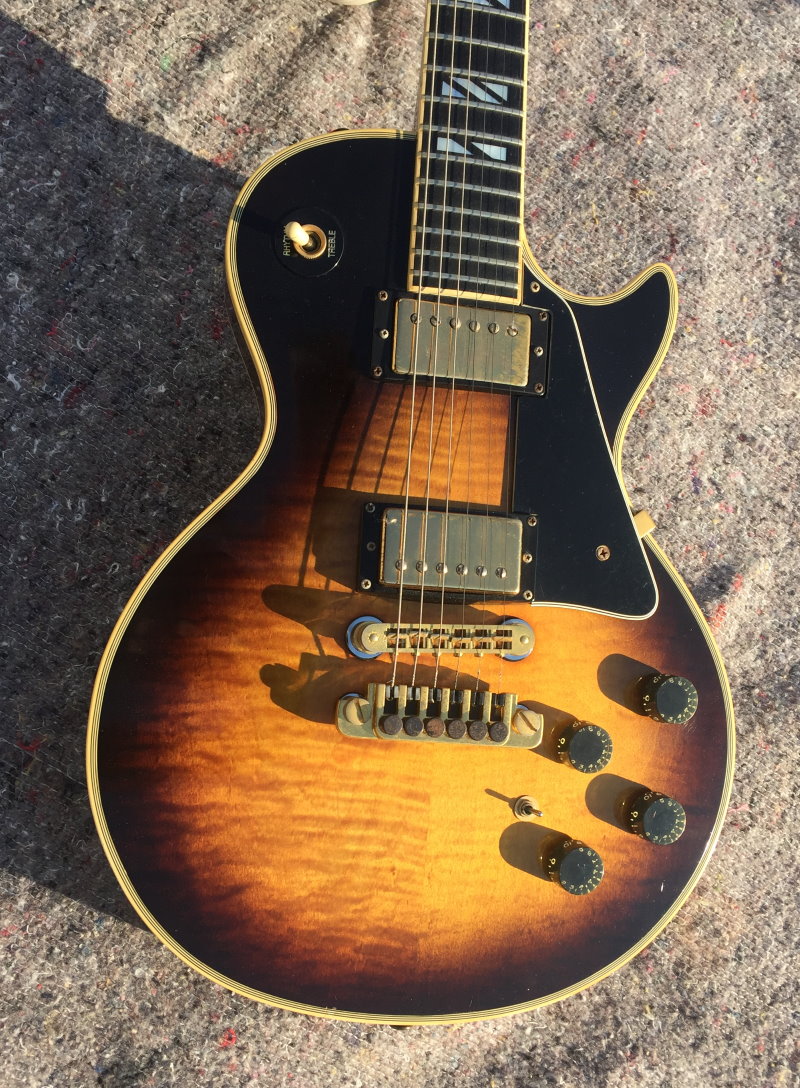 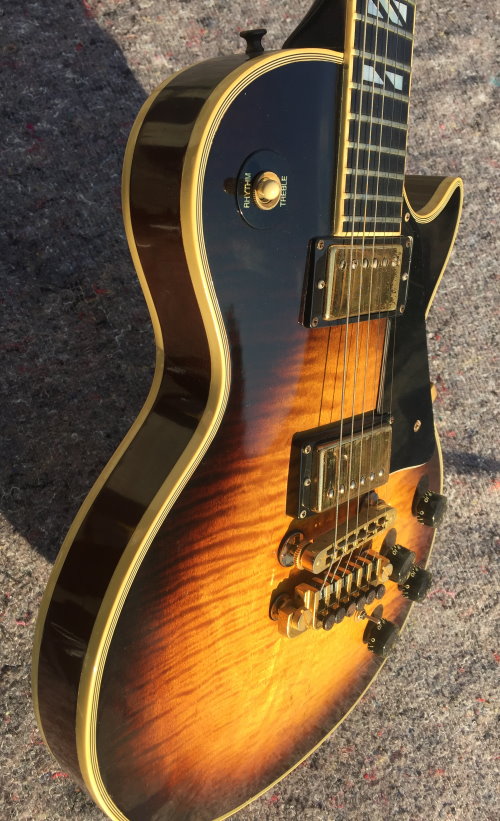 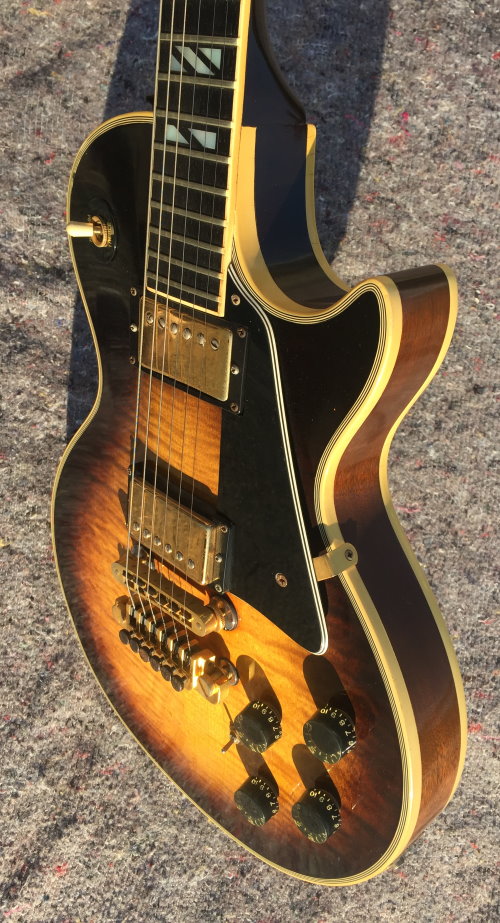 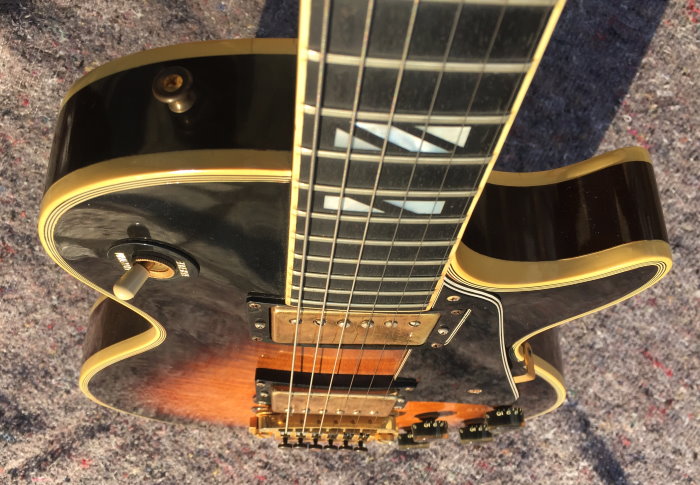 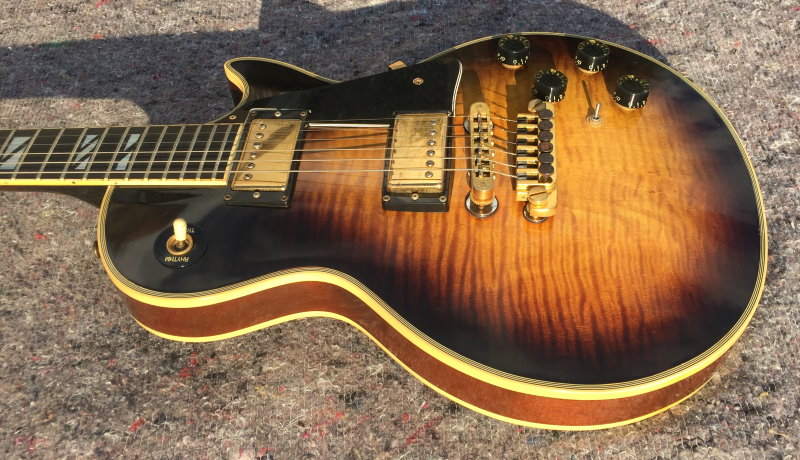 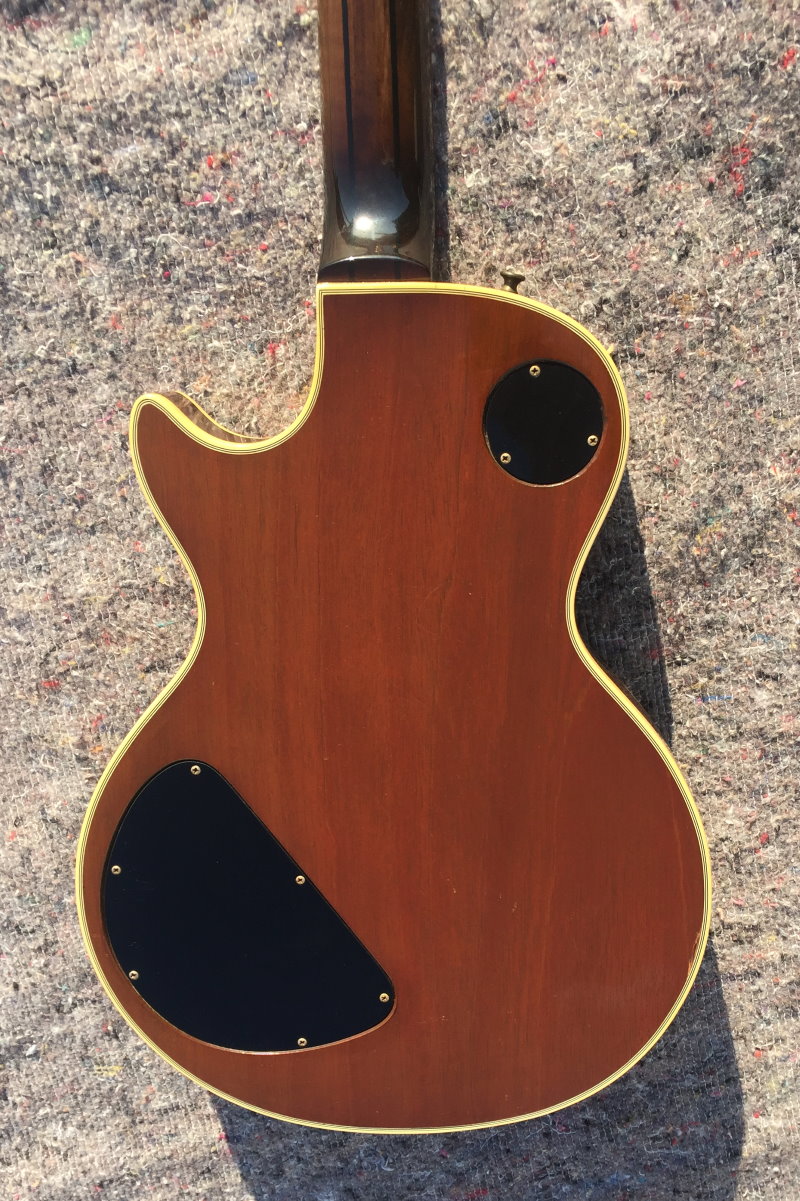 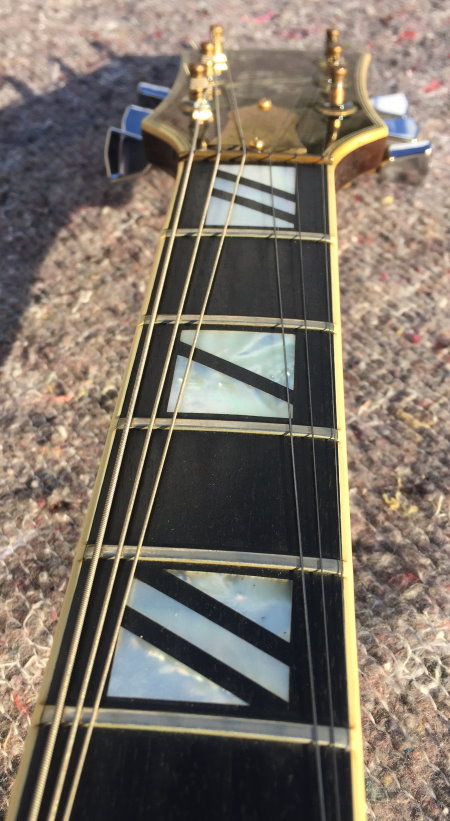 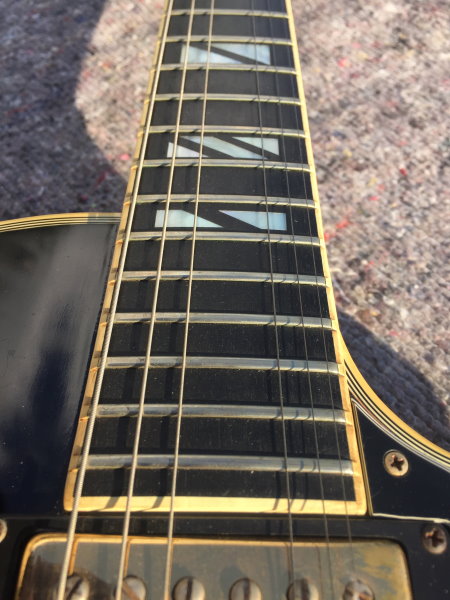 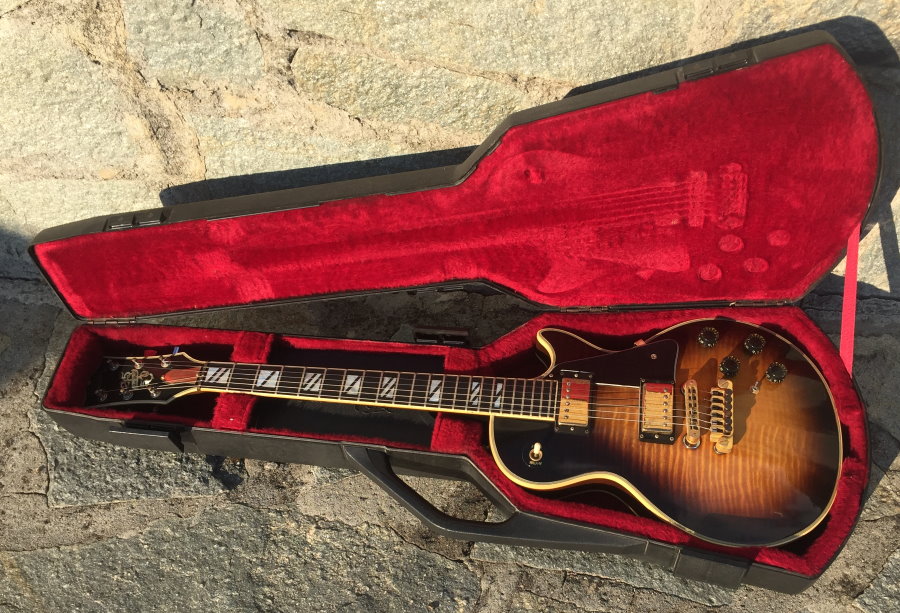 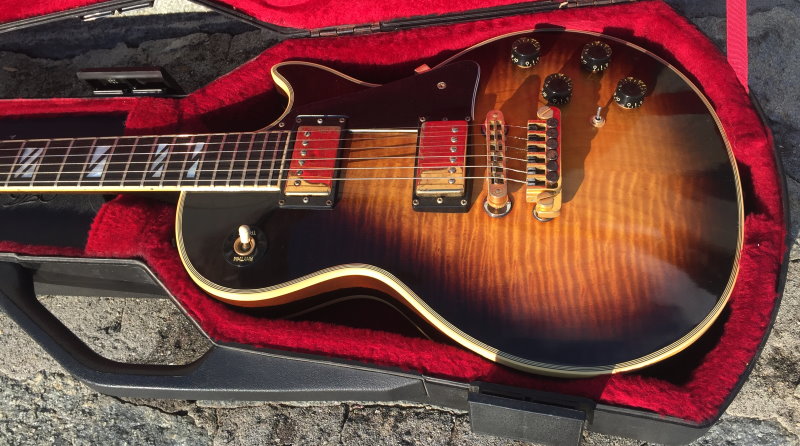 Stunning original condition, original frets in perfect conditions, low action, strong fast neck, SUPER ! All working well witout prblem or defects. Comes in original Gibson hard case. It's not a guitar, it's a work of art that should be in a museum. Point. Built in limited edition (3411 specimens between 1978 and 1979) for the 25th anniversary of the Les Paul model and, at the same time, for the 50th anniversary of Mr. Les Paul's career, in the year of its "release" it cost $1,200.00-. In the November 1978 issue, Rolling Stone magazine calls this guitar "The Most Les: Les Paul's Silver Anniversary is Your Golden Opportunity"

Amazing color with Super Flaming top and neck, KALAMAZOO MADE

The 25/50 model was issued to commemorate the 25th anniversary of the Les Paul model (a year late, since 1977 was actually the 25th year), and the 50th anniversary of Les Paul’s career in the music business. These special guitars made with the last of the Old Gibson Flame Maple they had at the time, even the Maple they used was by then, These guitars were so wanted that they decided to make them like normal Les Pauls at a cheaper price, in Black and Tobacco Sunburst, which were very popular, but nothing like this precious Flame Top.
Here could well be one of the most important guitars Gibson ever made. It was to celebrate 25 years of Les Paul and 50 years of Gibson. These particular 25/50 guitars were offered to dealers at the trade show in 1978, and had to be ordered before they were Hand Made by Gibson Kalamazoo for us. Gibson was going to use the very last of their old original precious stock of Flame Maple.
The controls work the same way as normal Les Pauls but it has a coil tap switch in the circuit that works on both pickups at the same time. The pickups they used are Gibson L7 and in the coil tap position they are louder than a normal Les Paul Standard and there’s even more sounds thanks to the coil tap switch that lets you flip from humbucking to non-humbucking modes. It’s simply the most Les Paul guitar ever. All the internal channels are lined and boxed in to stop any interference, so if you take the control panel off you are then confronted with another metal cover to take off before you can get to the controls. This guitar has virtually infinite sustain plugged into the right valve amp. For the fastest calibration and perfect intonation, Gibson designed the exclusive new fine-tuning tailpiece. There’s a lot more brilliant Les Paul Sustain because of the brass nut and the solid brass studs mounted under the tuneomatic bridge.