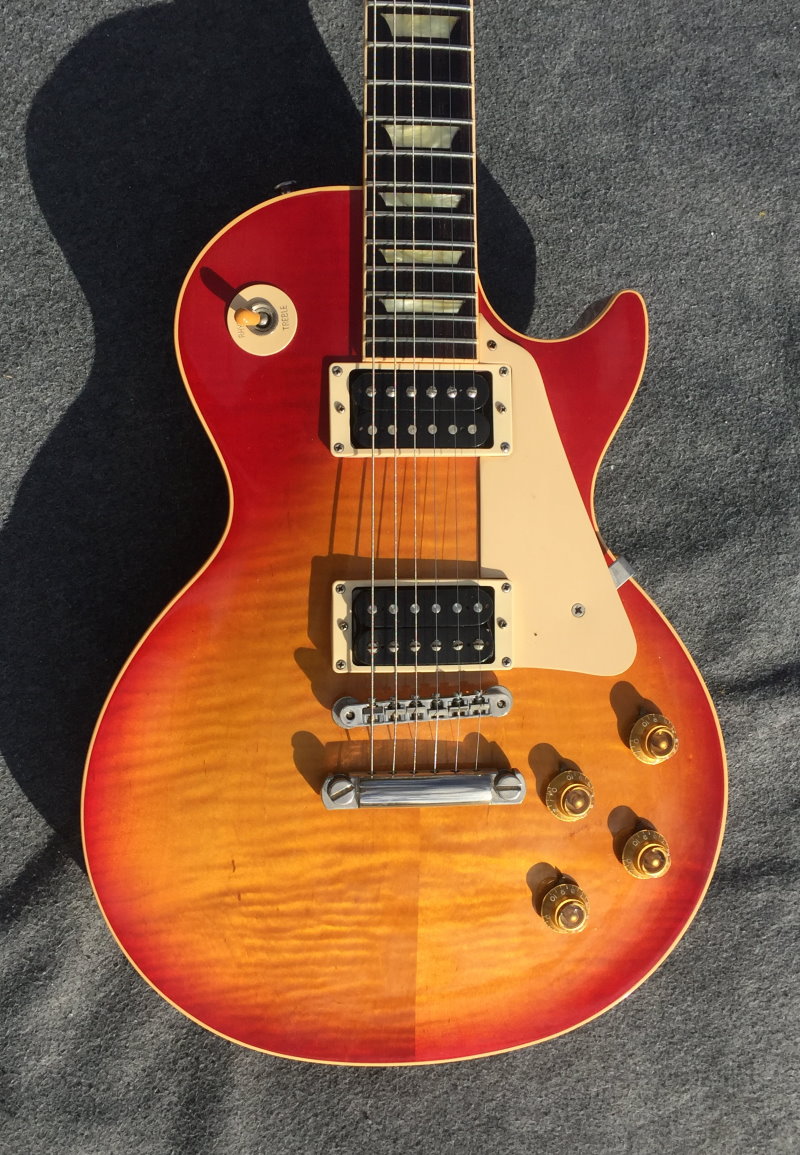 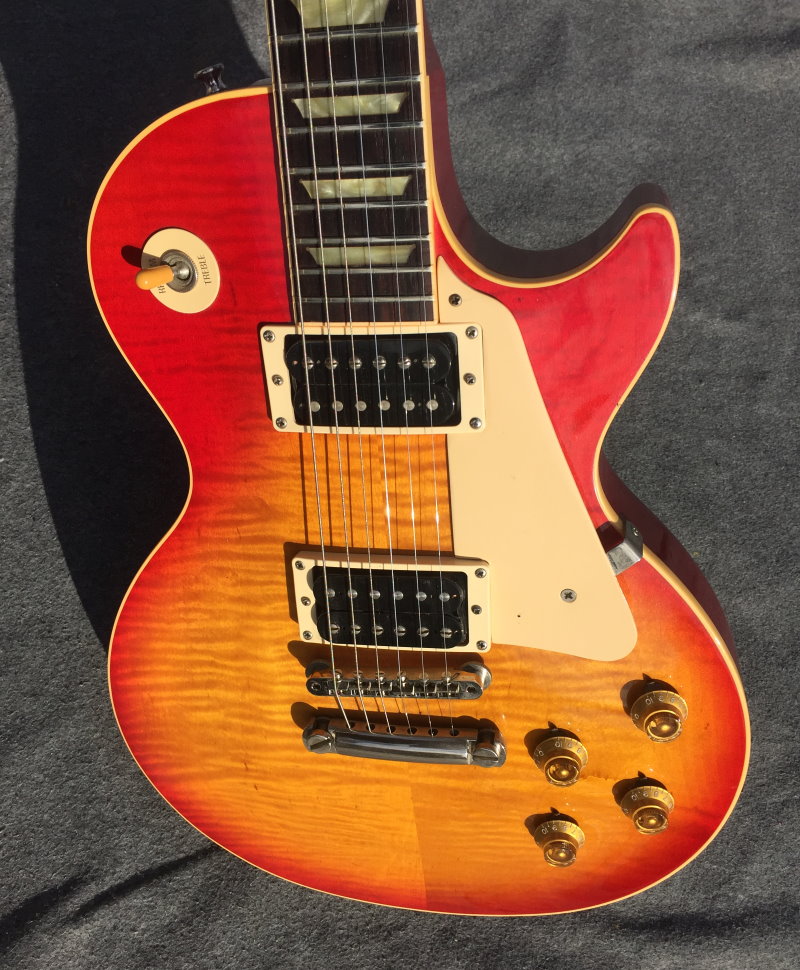 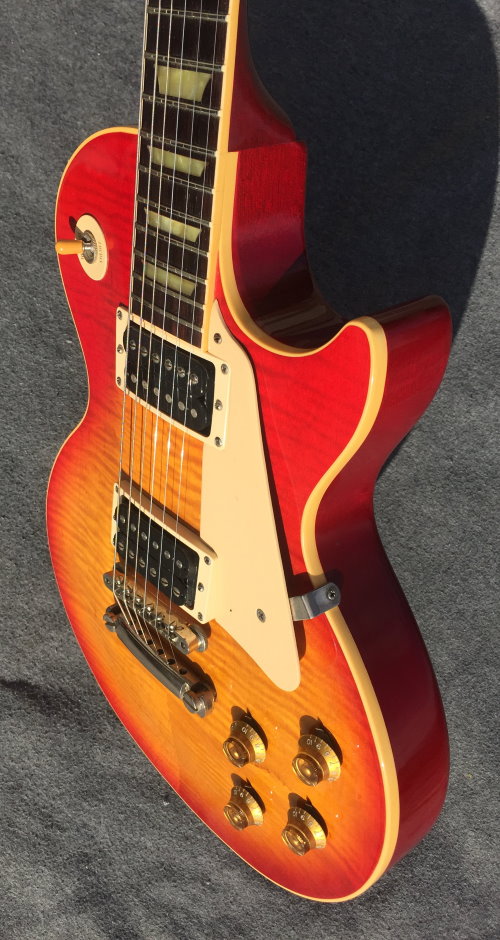 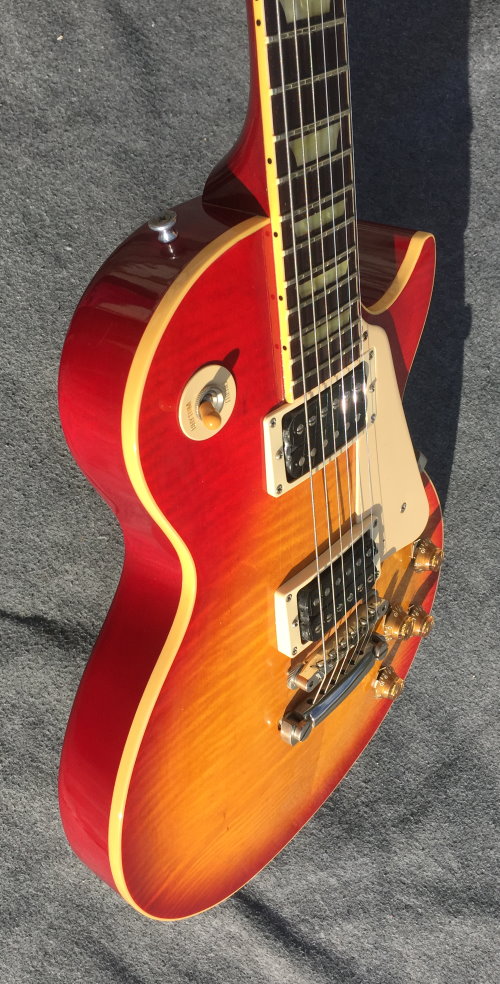 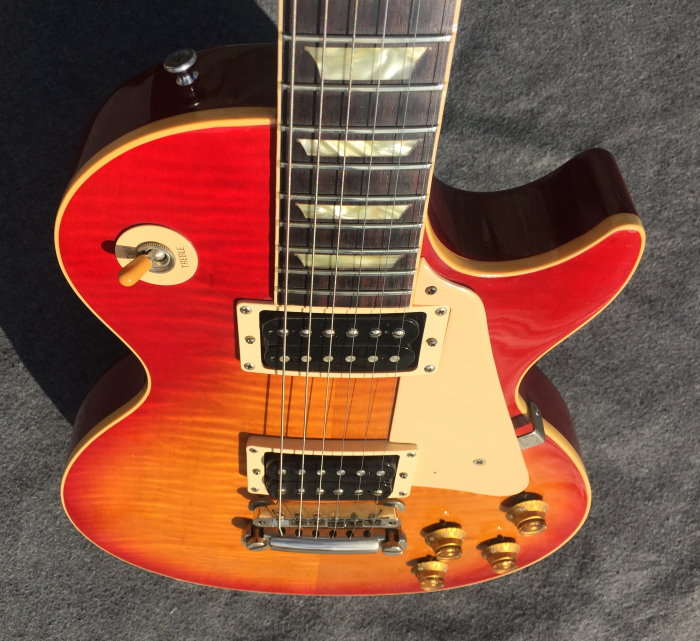 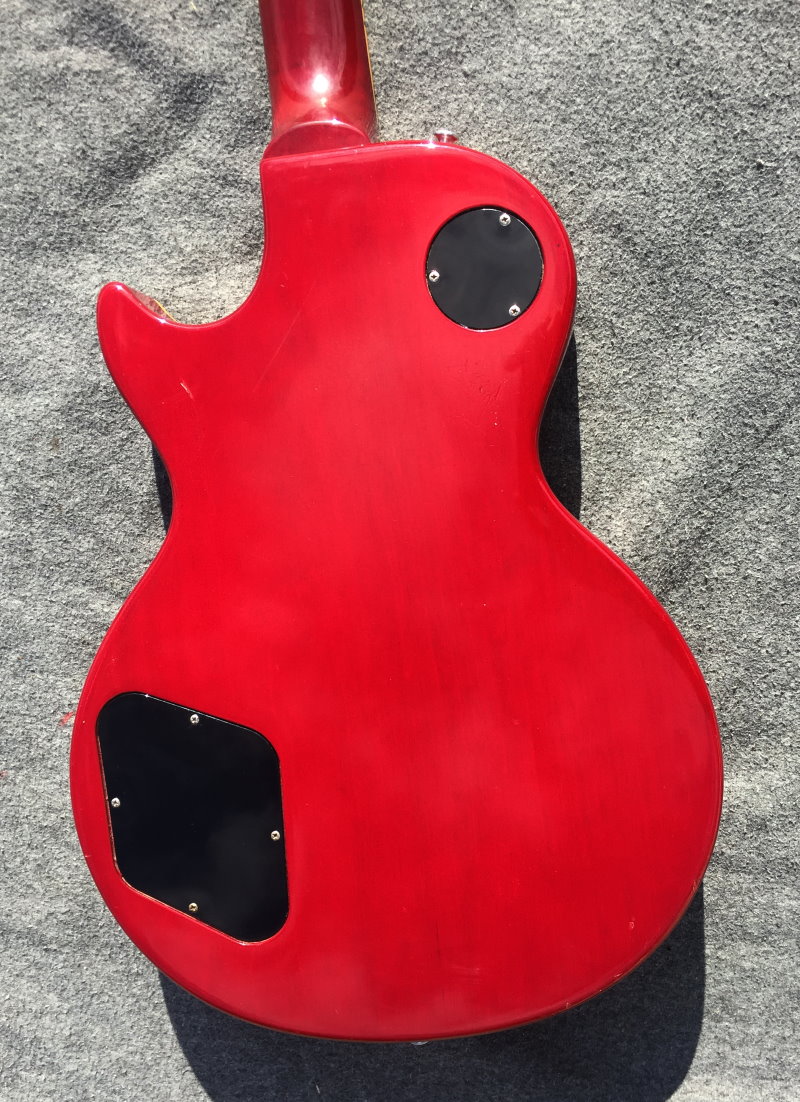 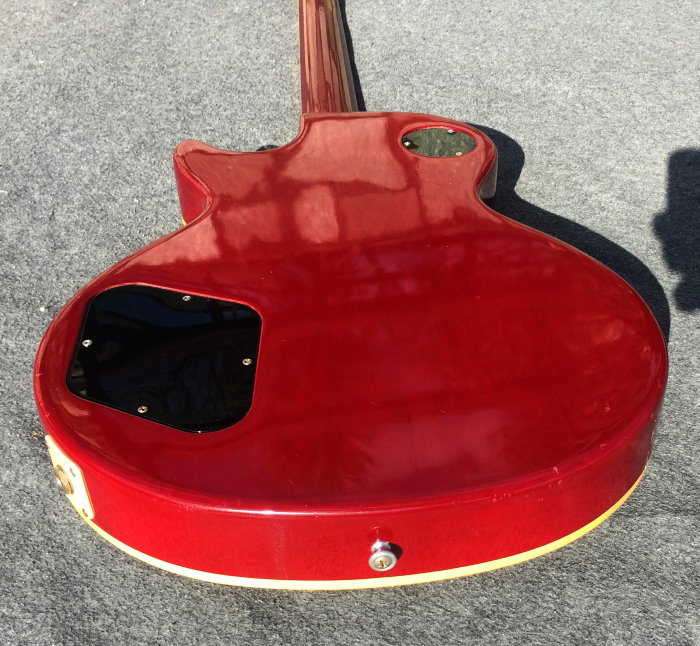 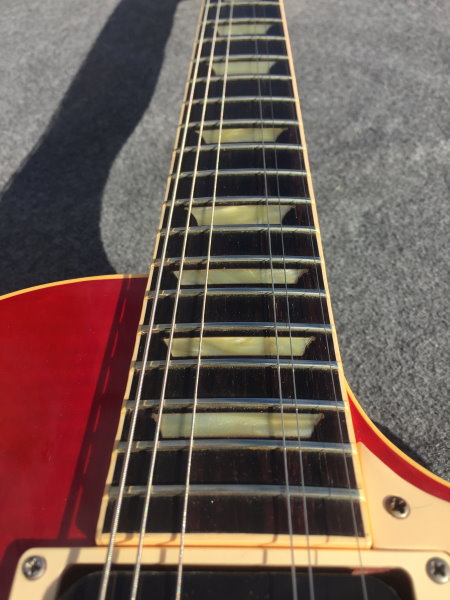 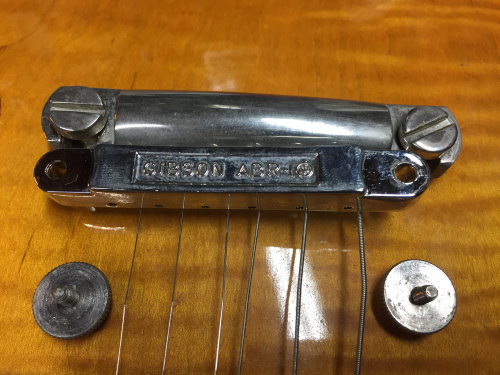 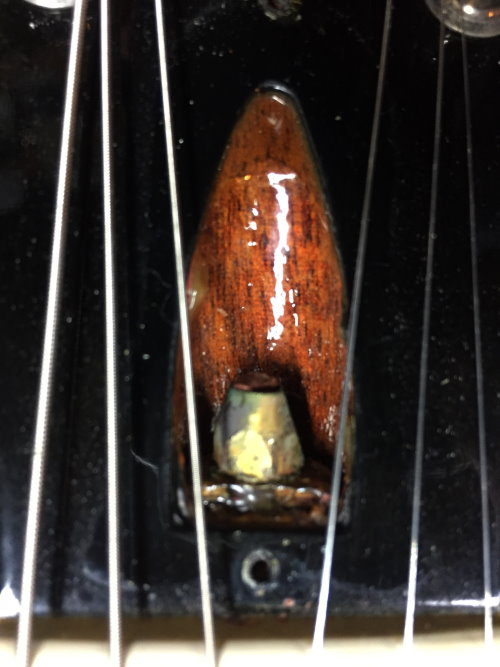 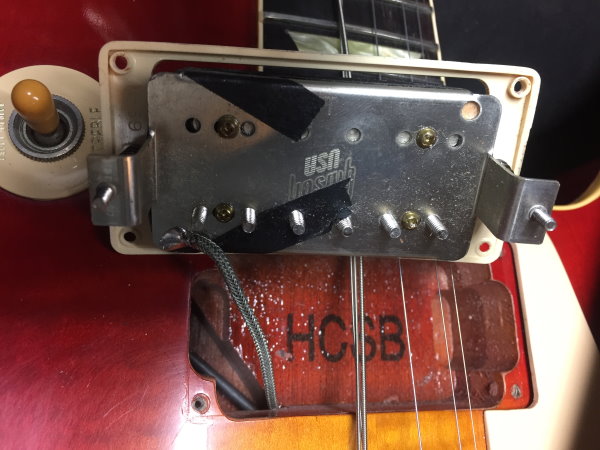 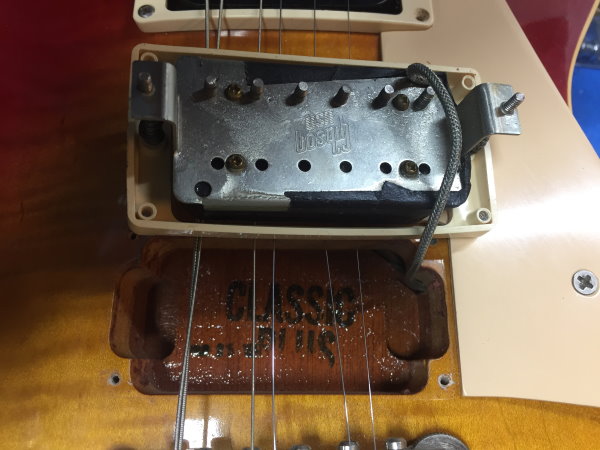 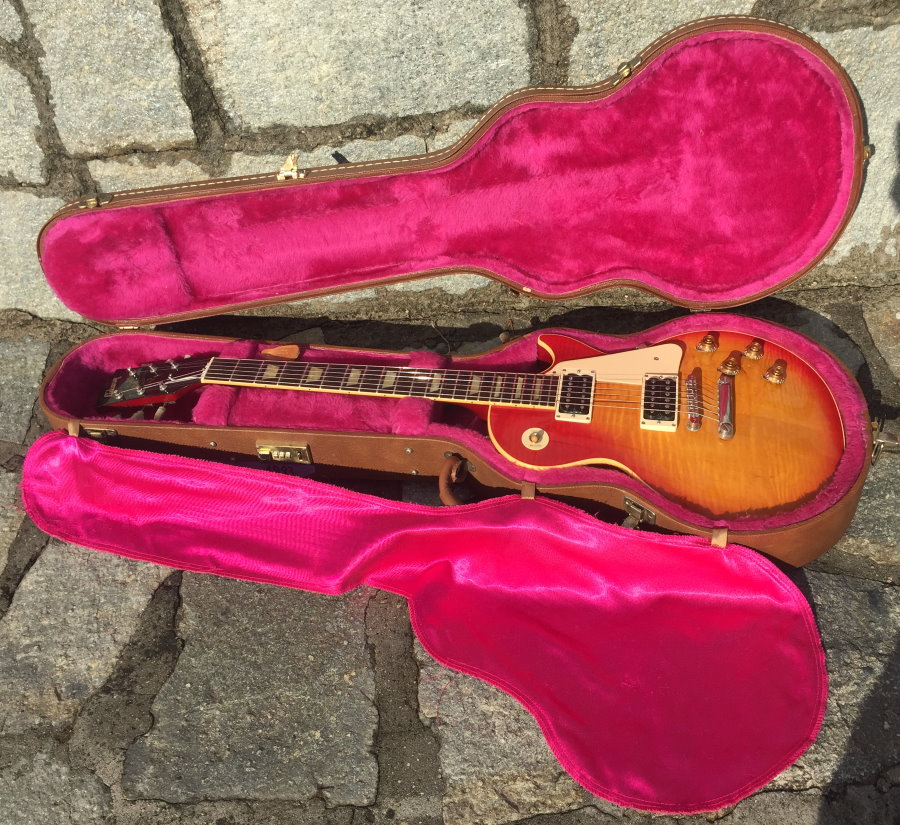 Stunning Gibson Les Paul Classic Premium Plus from 1993 light Cherry Sunburst to Honey Flammed Top with the small head stock that says model instead of classic, and the thin binding, which Gibson stopped doing in mid 93. 100% original. These early models were more like the original 60s I believe then anything they’ve made so far.
Original frets in very good conditions ready to play. Comes with OHSC

"The success of the Classic and its new brother, the flamed top Classic Plus presented some difficult marketing problems for Gibson. The fact was that in many ways, the Classic was more of an accurate reissue than the '59 Les Paul of the early 1990s which still had a wide headstock, bright fingerboard and inlays, and wrong tuner bushings. The '59 did have a beefier neck and a highly flamed top, but the issue was further clouded when some highly figured Classic Plus models came to market. Wood grading is not an exact science, and some of the tops rejected for '59 reissues were in fact quite highly figured. Others had only mild flame. But with just a few easily obtainable parts, a blank truss rod cover, pickup covers, and a new pick guard, the owner of a particularly flamey Classic Plus could have a guitar that appeared to be just as nice as a '59 reissue while saving over $2,000 in the process."