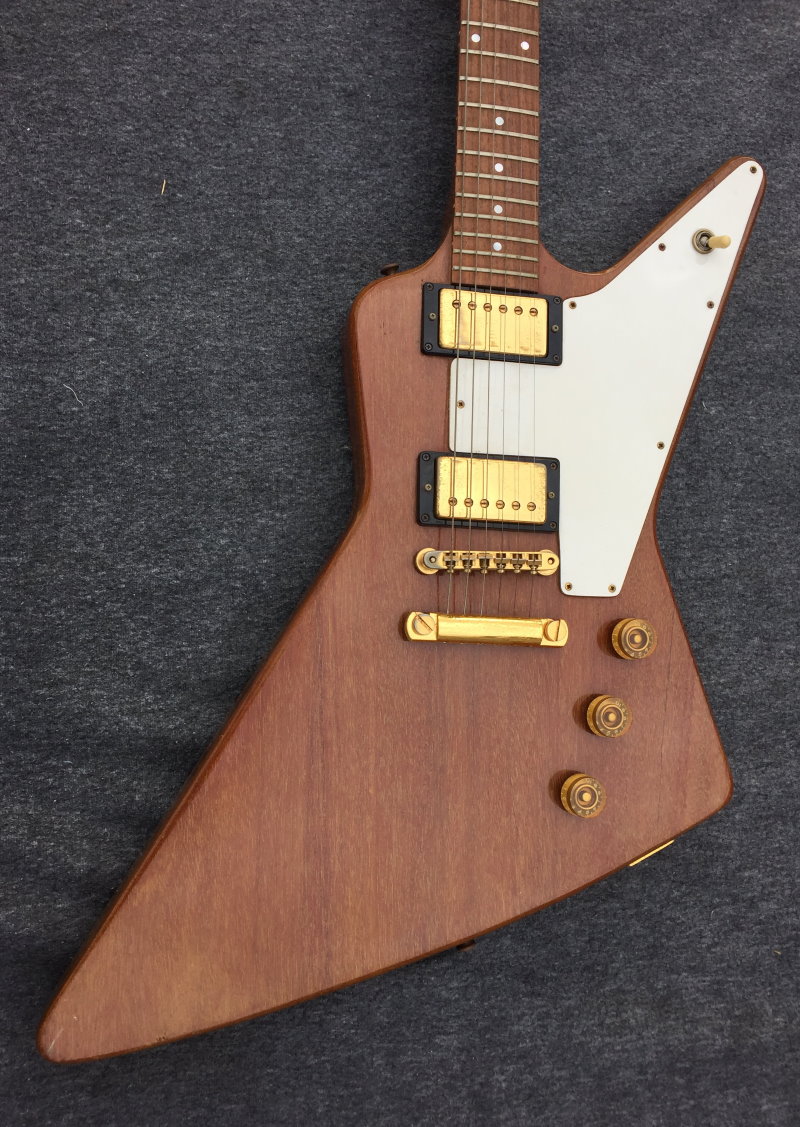 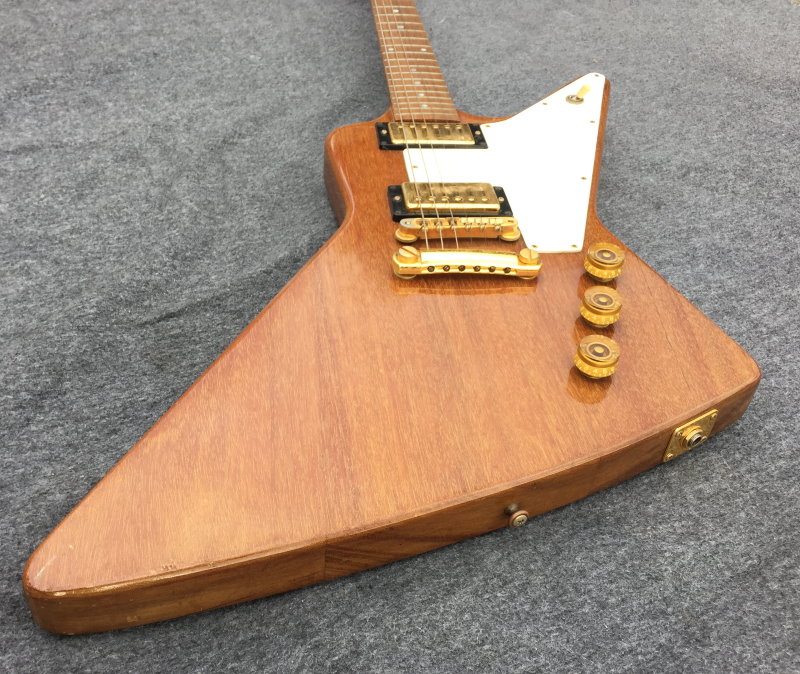 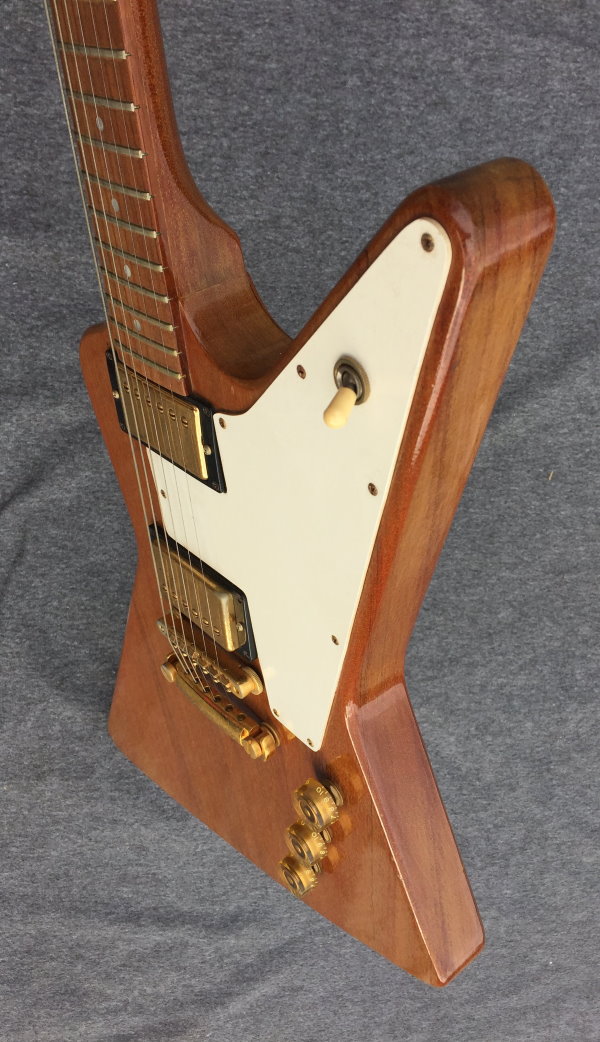 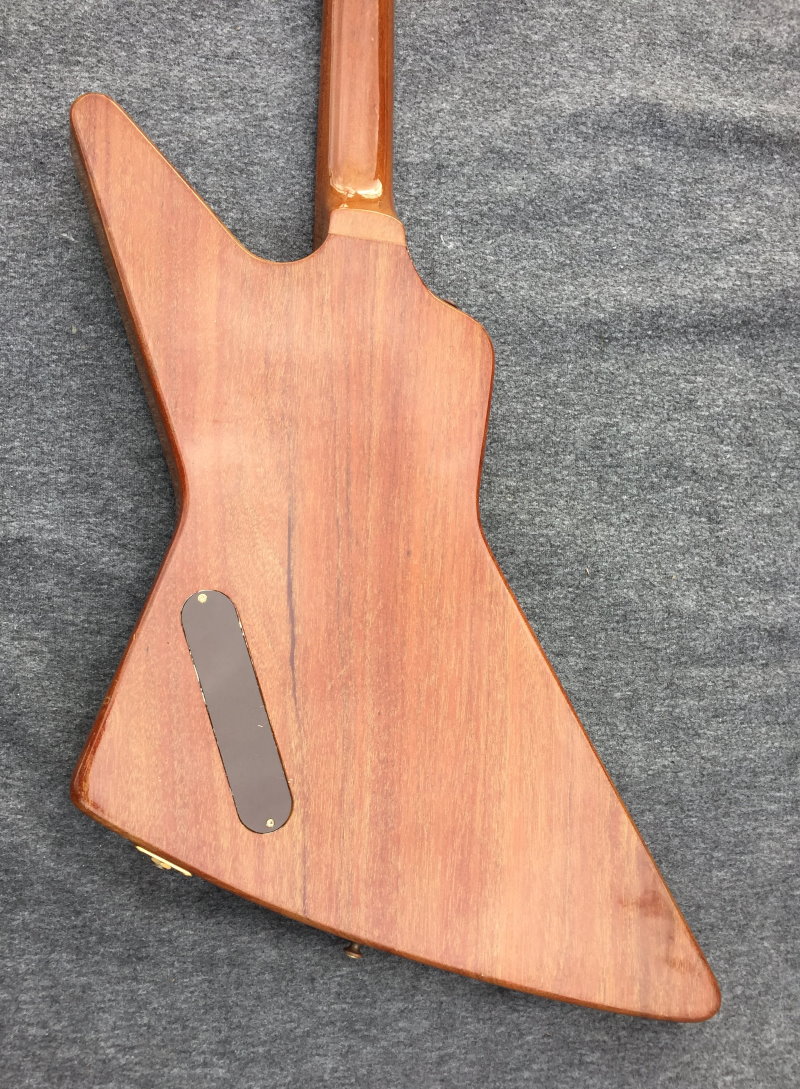 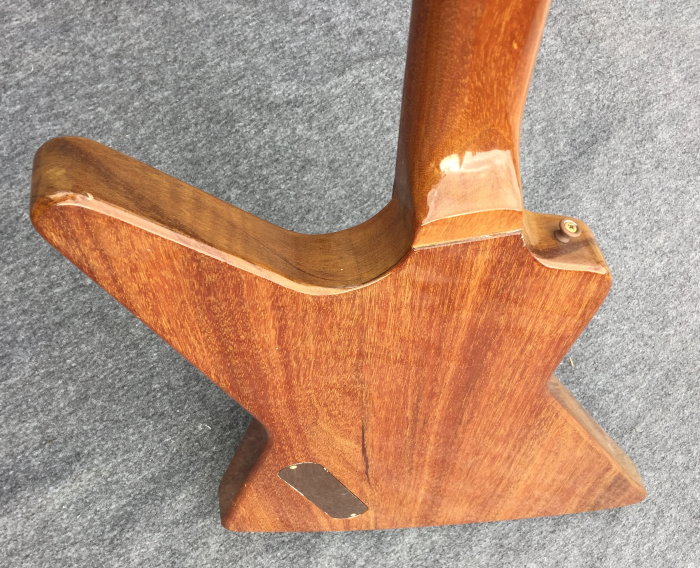 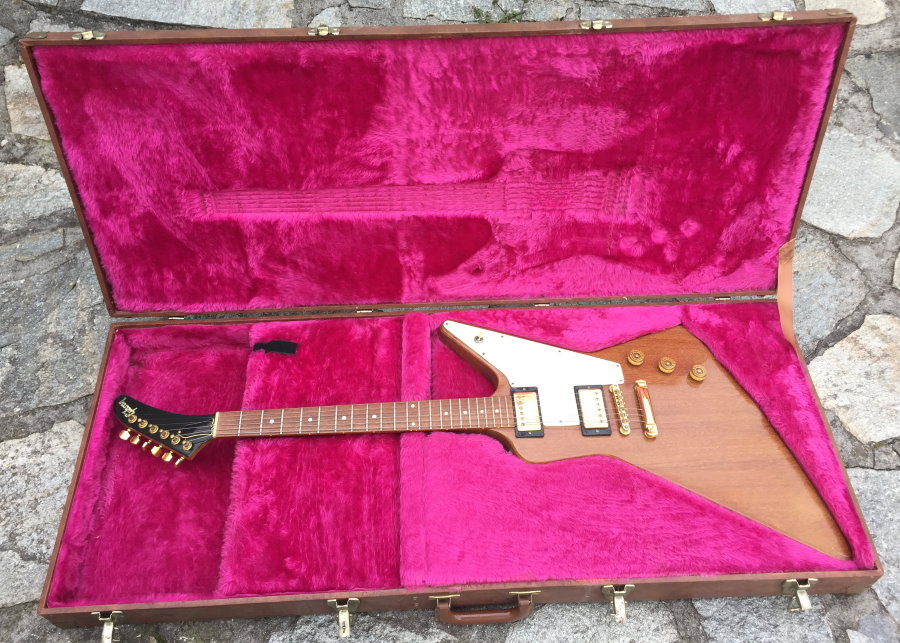 1980 Gibson Explorer, Natural in Excellent Conditions. Made in USA (RARE) This guitar was made at the Kalamazoo factory and is identical to the earlier 1976 Limited Edition guitars with the exception of different tuners, it even has a medium fat sized neck. Pre Korina Custom Shop. One of the last original style Explorer with mahogany neck and body. Very nice and original conditions, super neck with excellent original frets. Strong Sound Come in Original Hard Case.

Same model of Luigi Schiavone: http://www.luigischiavone.it/
In the late 1950’s Gibson released the Explorer guitar as one of their new ultra-modern design concepts. During this same time the Flying V was also released. A third model called the Moderne was also designed but never made it past the prototype phase.

In 1957, Gibsons President and design team-leader Ted McCarty had an eye on the 50s tail-fins on the Googie-influenced automobiles by Cadillac and Chrysler when he designed the Explorer, Flying V and initially-shelved Moderne. And thus, the Modernist series of Gibsons was born. Interestingly, Googie architectures fore-running movement was known as Art Moderne. Gibson Explorer patent illustration ZZ Top’s Billy F Gibbons has famously described the V and Explorer as rock’n’roll meets The Jetsons (the cartoon was itself Googie-influenced), and justifiably so. And the Explorer was arguably the most space race of all these Gibsons. Initially, the Explorer had an inverted V 3-a-side split headstock, but when it was changed to the 6-a-side hockey stick, it became the Explorer. In terms of function, the Explorer was always relatively simple. Two humbuckers, a Tune-o-matic bridge and simple 3-way selector and volume/volume/tone controls. 1976-’82 saw Explorers return with mahogany bodies. 2 Humbucker Pickups. 3-way Toggle Switch. Weight : 8.4 lbs / 3.9 kg 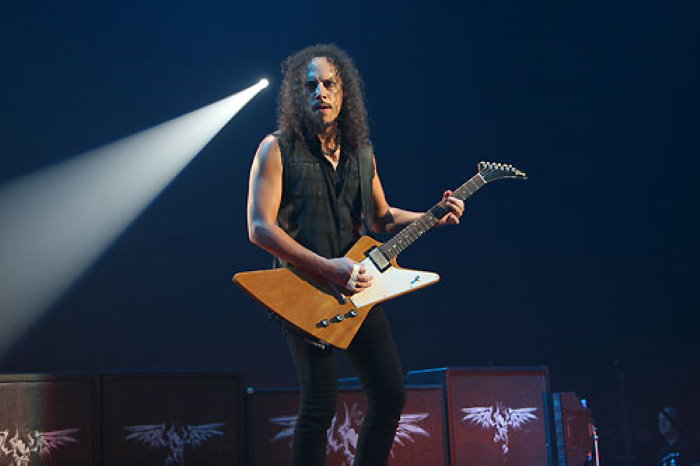 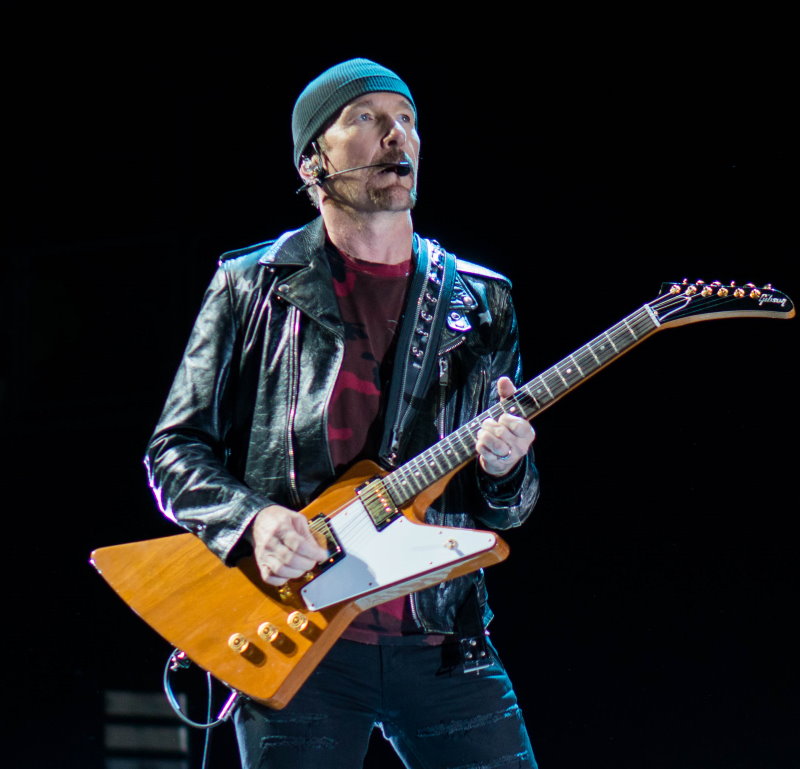 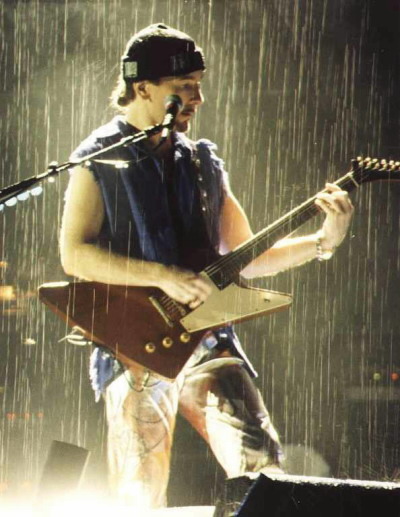 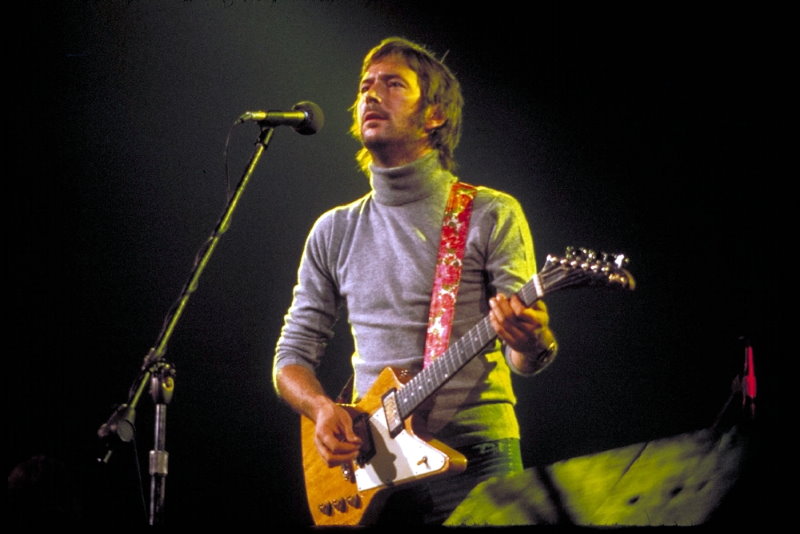 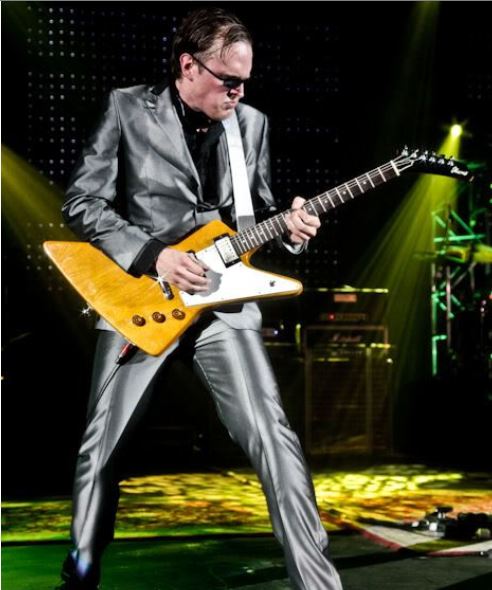 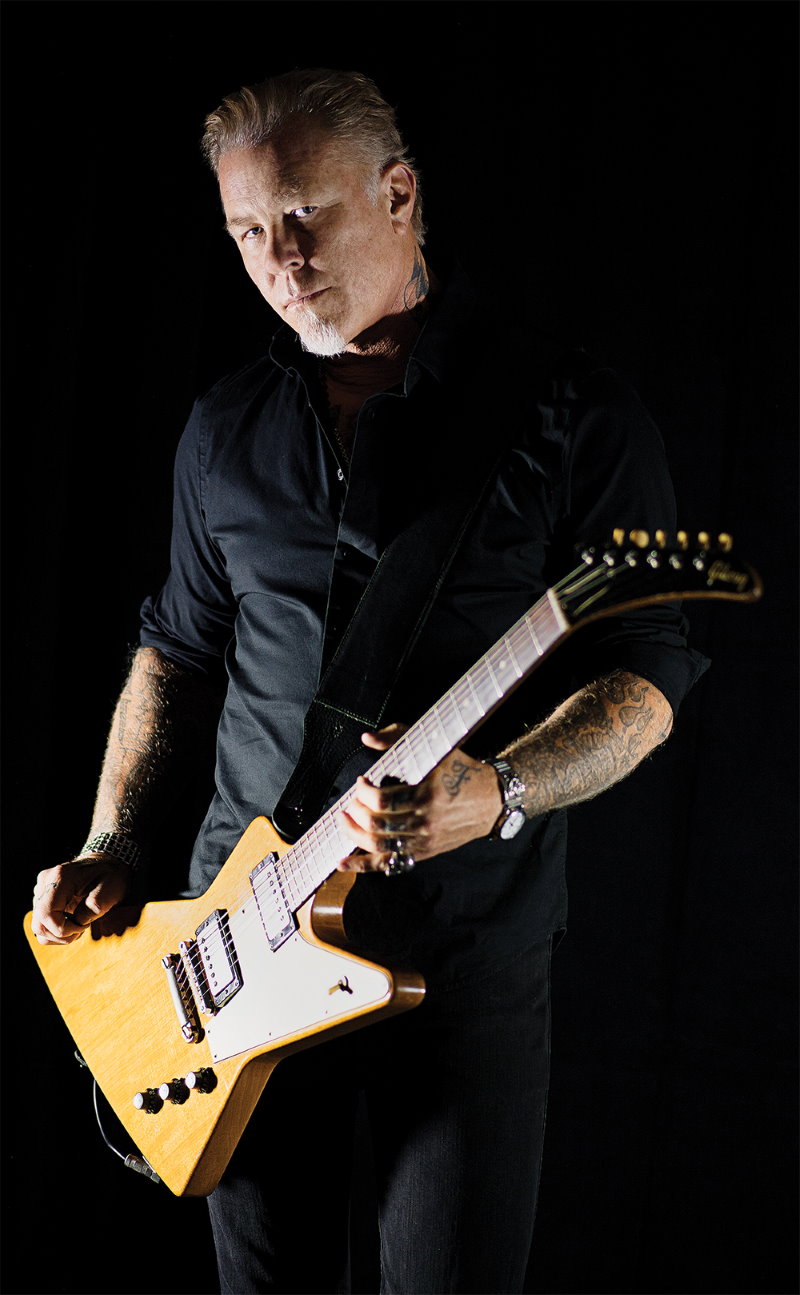 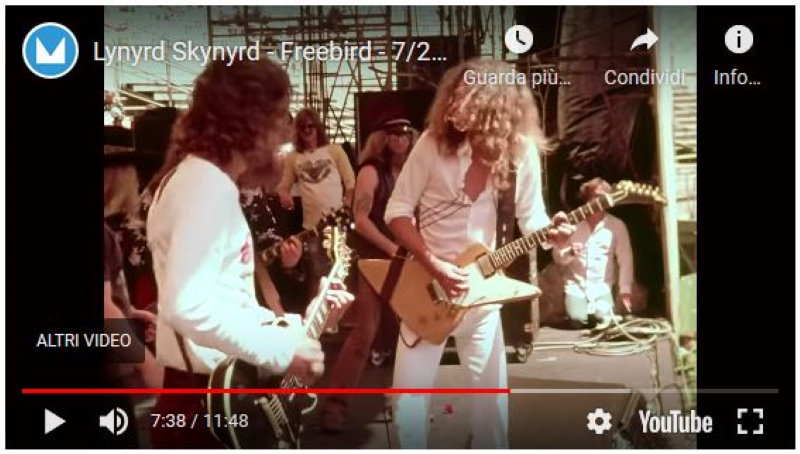 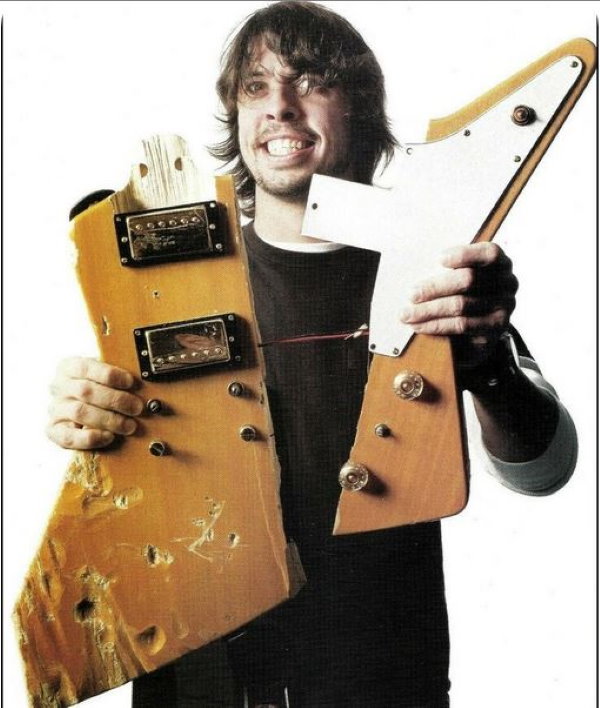 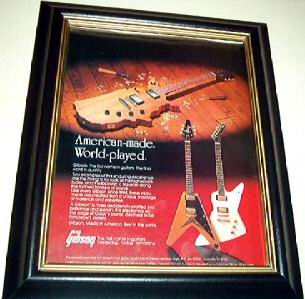 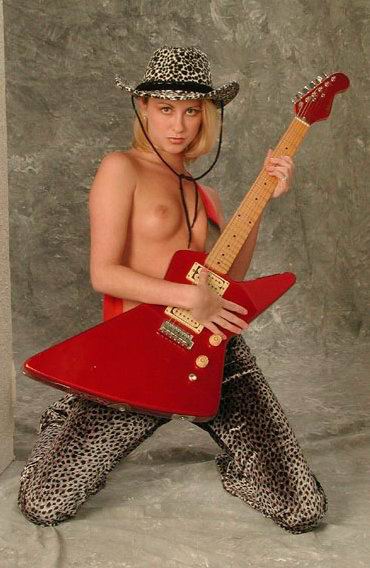