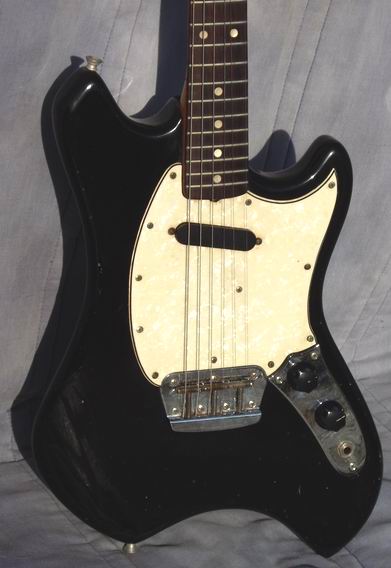 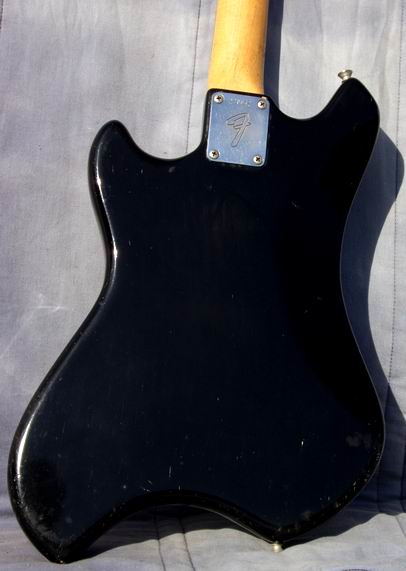 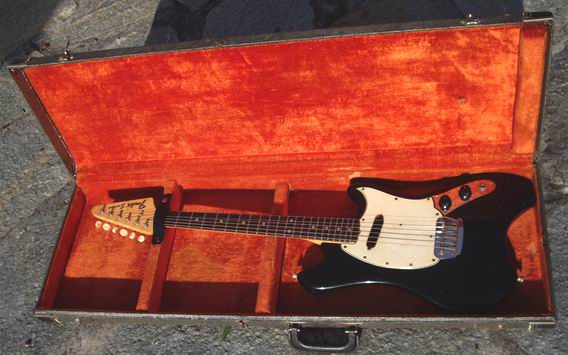 This model was ONLY made in 1969 by Fender right after CBS bought Fender. It was made with all pre CBS Parts produced from Fender's Bass V and Musicmaster inventory. There was NO paper work produced by Fender on this model and they really don't even know how many they made. It's said they produced between 300 and 600 guitars. This Swinger is in excellent condition for it's age and it's all original with the rarest Custom Color !

This model was also known as the Arrow and/or the Musiclander.    http://www.hypercustom.com/fenderswinger.html