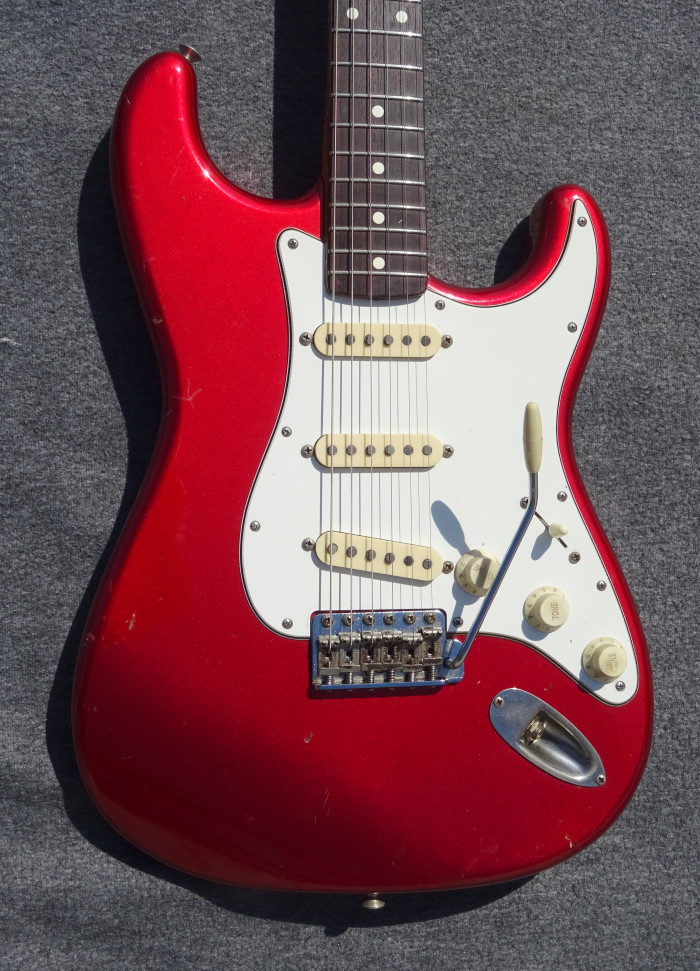 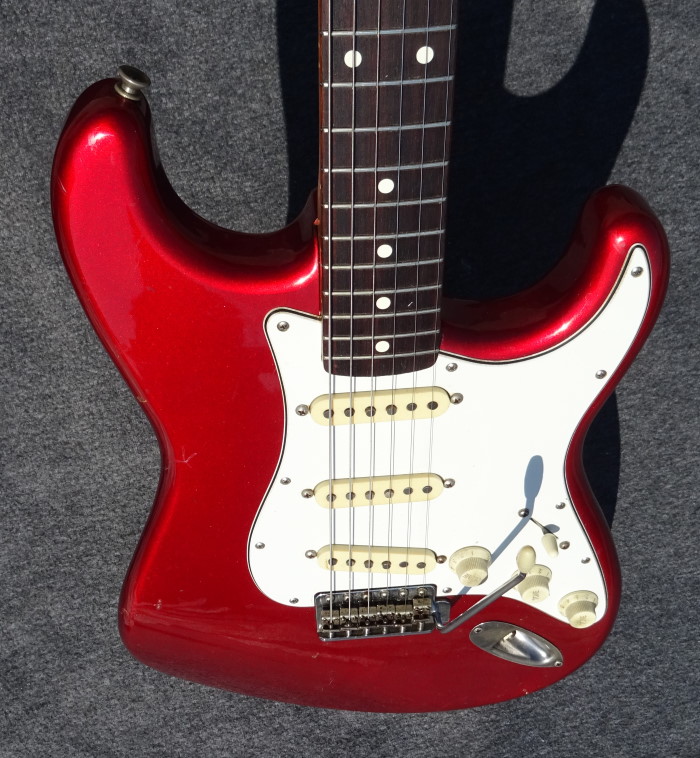 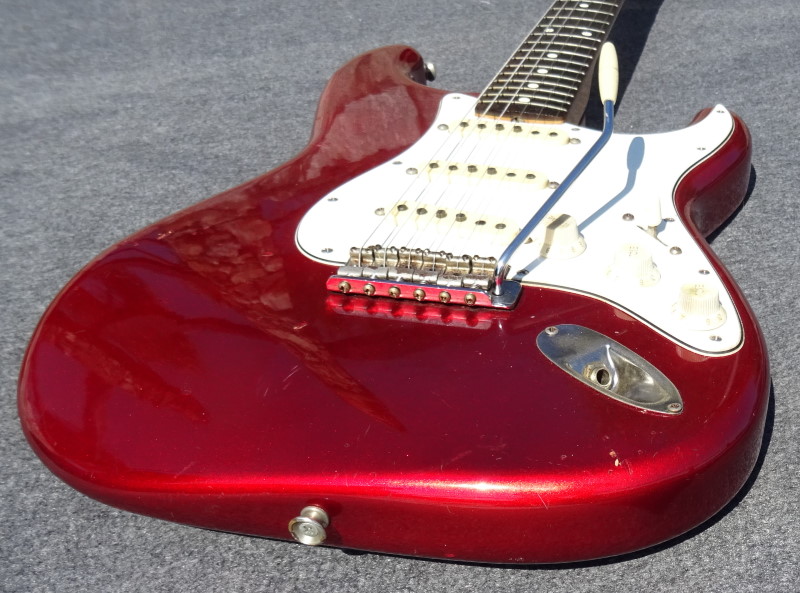 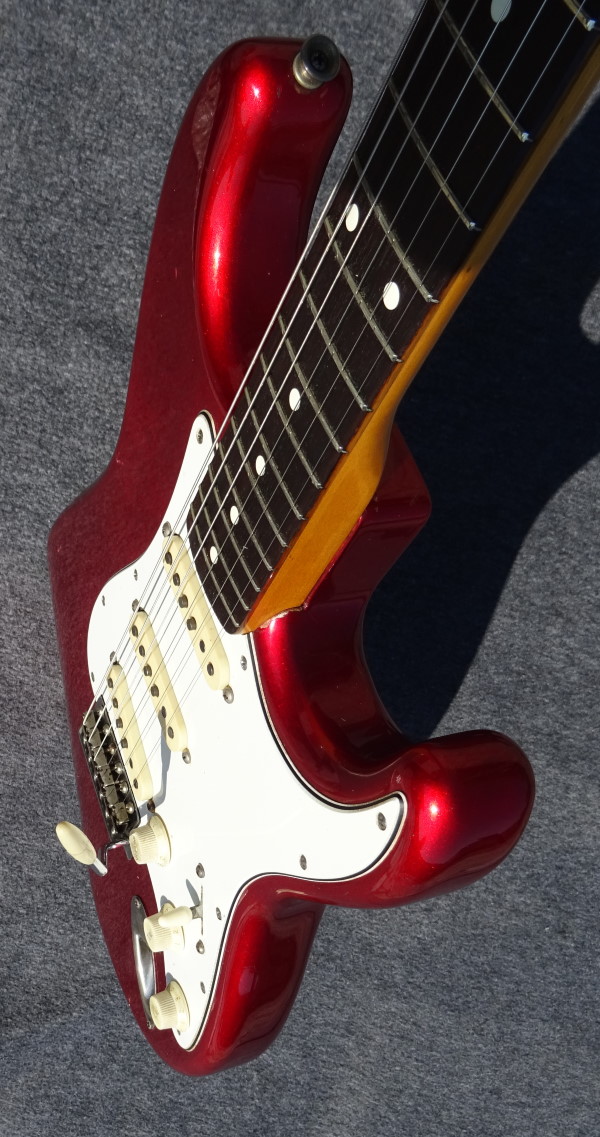 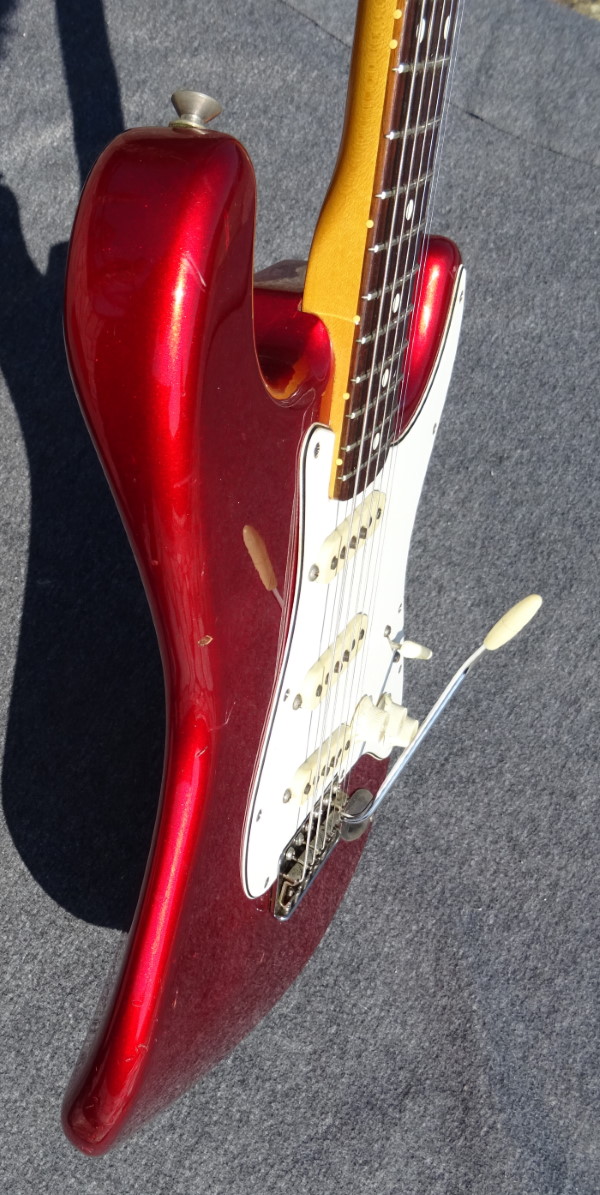 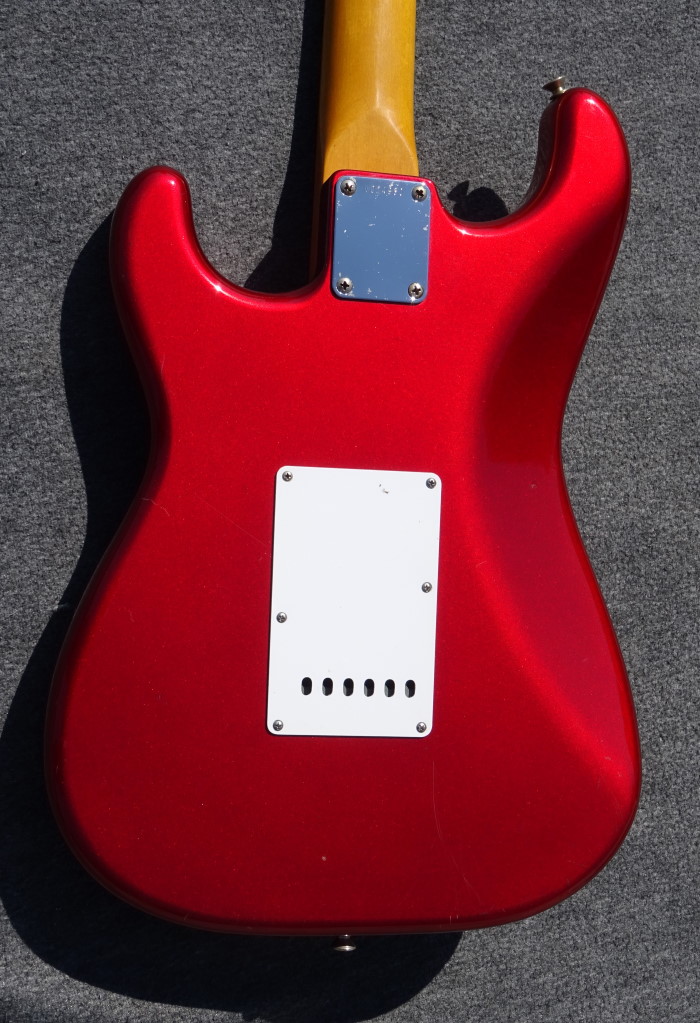 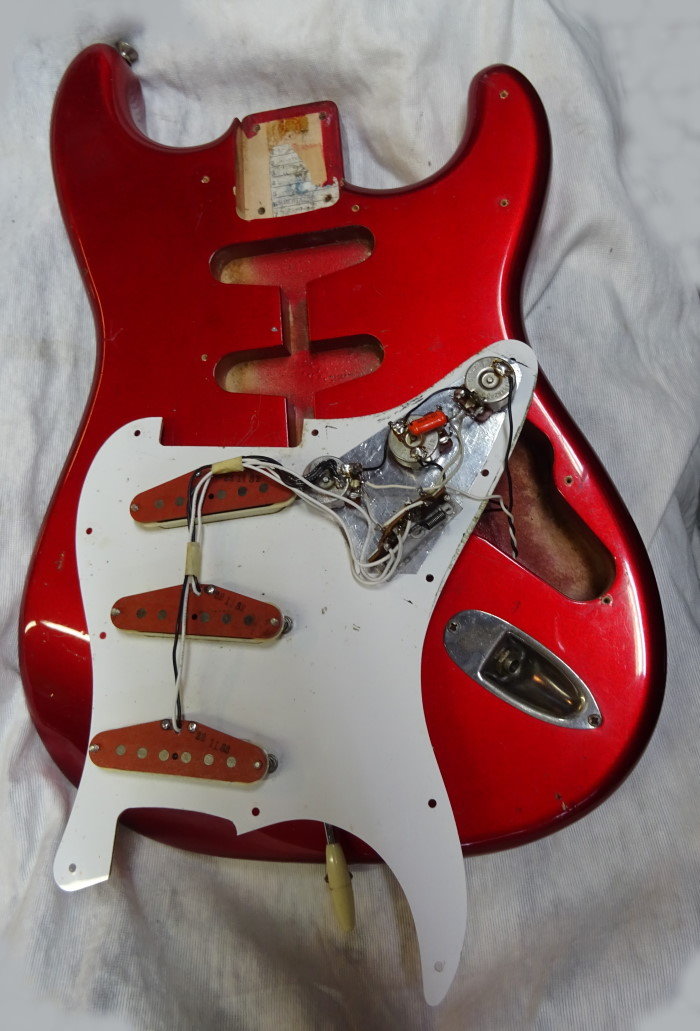 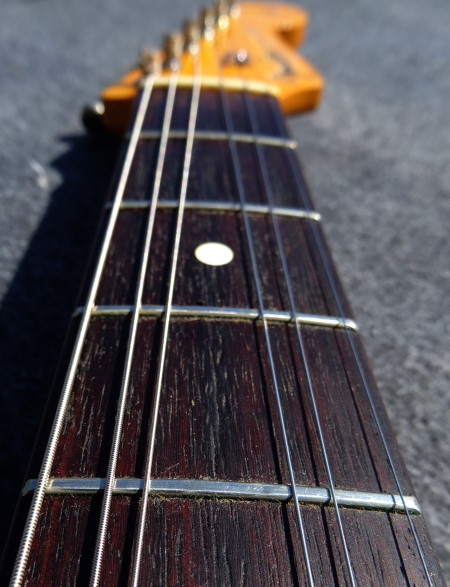 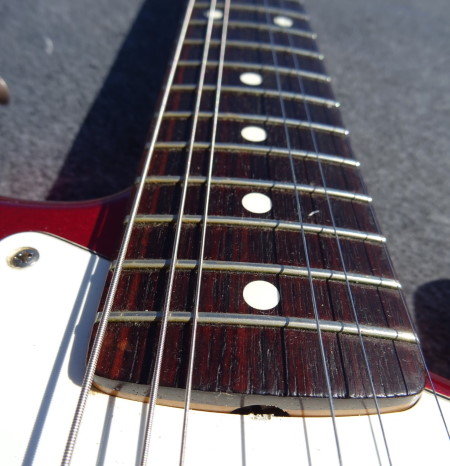 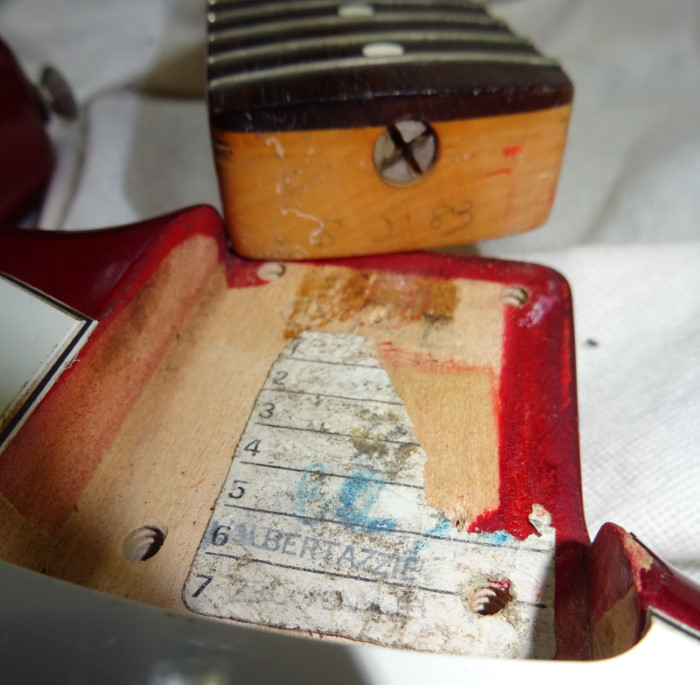 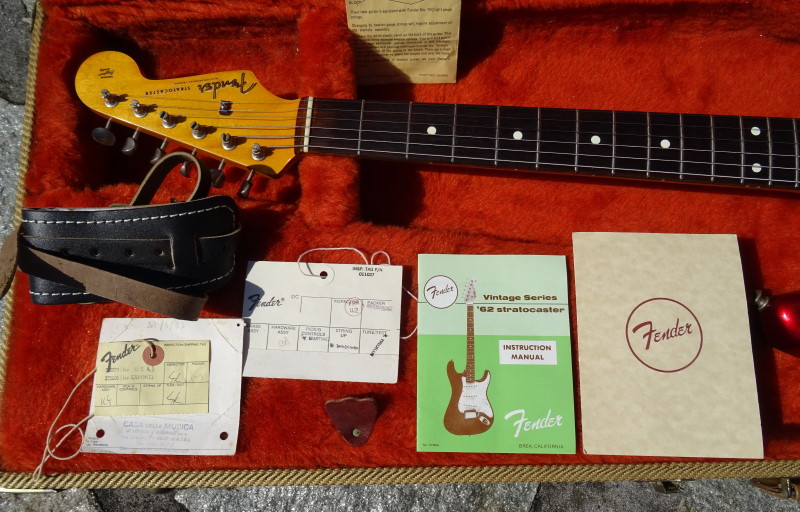 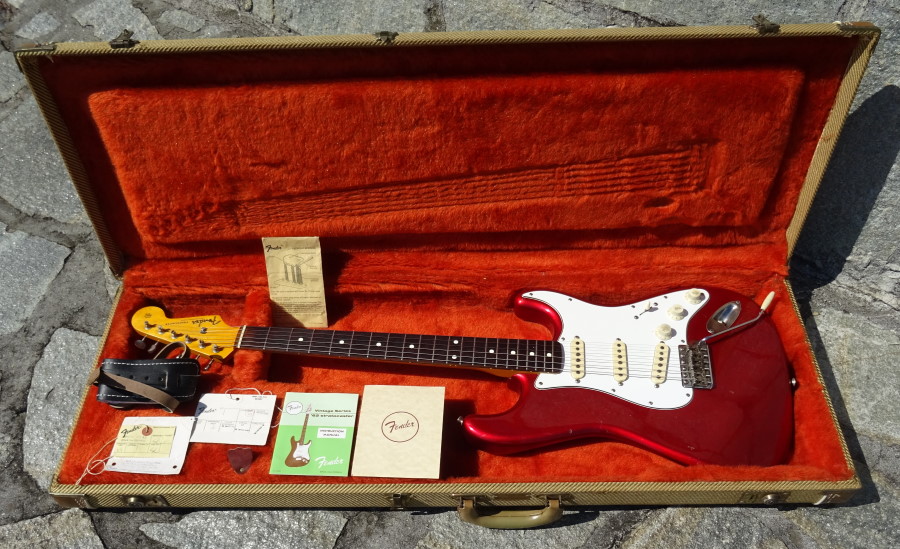 1983 Fender American Vintage '62 Reissue Stratocaster guitar. Made in Fullerton, CA, Excellent Condition with just light wear. The neck date is August 1983. Very lightweight at 7.20 pounds and comes in the original tweed case with accessories and Tag.

In 1981 Fender-CBS hired William (Bill) Schultz, John McLaren, and Dan Smith away from the U.S. division of Yamaha. Schultz became the president of Fender-CBS, McLaren the managing director, and Smith was appointed the director of marketing for Fender electric guitars. In an effort to improve Fender’s market position, Smith orchestrated a revamping of the basic production model Stratocaster and by late 1981 the new model was introduced as the Standard Stratocaster. It featured a more accurate version of the pre-CBS smaller headstock(compared to the 1980 “Strat”); a four bolt neck plate; the somewhat “hotter” X-1 pickup (introduced in the 1980 “Strat” model) in the bridge position; and, a body end truss rod adjustment (no bullet). What it did retain from its predecessor was the 70s-style headstock decal. Otherwise, the 1981 Standard Stratocaster signalled the end of the CBS 70s style Stratocaster. The 1981 Standard Stratocaster was produced until 1983, when it was significantly revised by placing the jack plug on the pickguard flush with the body and offering only one tone control instead of two. The CBS 70s style headstock decal was also changed to a smaller, silver logo style that would be subsequently used in the 1987 American Standard. It’s the 1981-83 first version of the Standard Stratocaster that has come to be known on the street (and in third party literature) as the “Dan Smith Stratocaster”. You won’t see Smith’s name on the headstock, or anywhere else on the instrument, but it’s only fitting that Stratocaster enthusiasts have dubbed this model the “Smith Strat” in homage to the man who brought about such welcomed changes in the Stratocaster, and who, along with George Blanda and the FMIC team, would play an integral role in the creation of the 1987 American Standard. 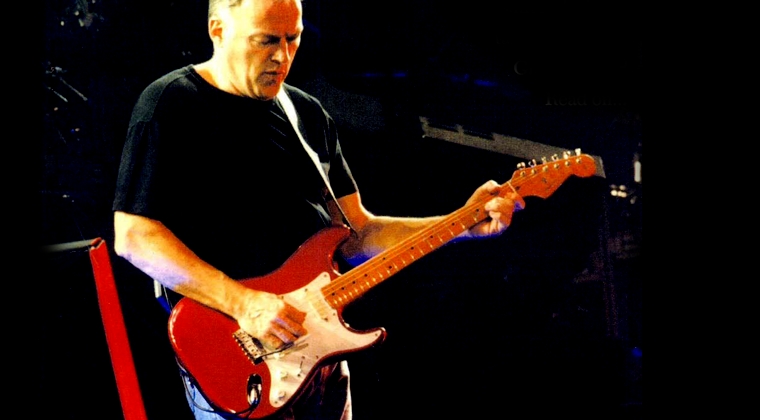 Series of guitars used since 1983 in many Pink Floyd lives by Dave Gilmour. 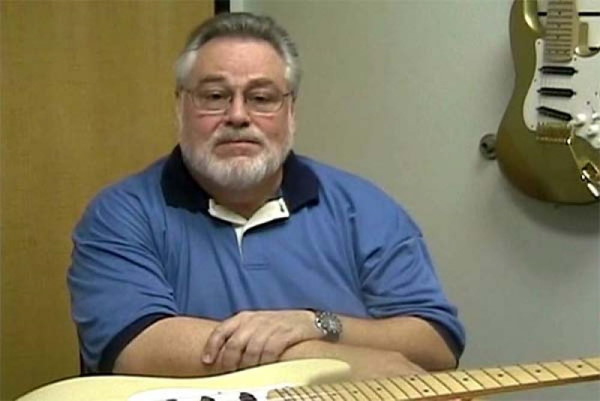