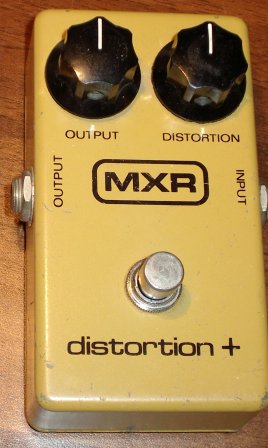 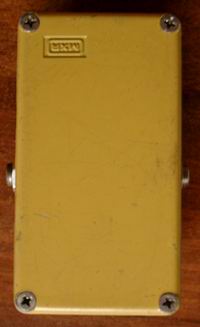 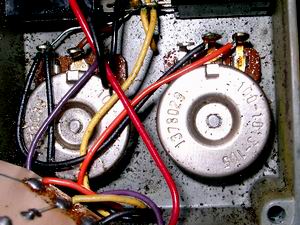 This is the real deal favored by many including Randy Rhodes

The MXR Distortion+ was designed by Keith Barr (former President and co-founder of MXR Innovations) in the early 1970s and it has definitely made it's mark in the history of music since then, proving its status as one of the great classics in the expansive distortion world. Great guitar legends like Randy Rhoads (Ozzy Osbourne) and Bob Mould (H�sker D�/Sugar) have made the Distortion+ part of their trademark guitar sound and it has found its place on countless recordings throughout its almost 40 years history, musically ranging from mellow pop music to hard rock/heavy metal.

Slightly deviating from what the name "distortion+" would let you expect, the sound of the pedal is more an overdrive-type of sound ranging from low-volume mild distortion, over to a warm, tube-like overdrive, all the way to a crunchy, pronounced fuzztone with lots of sustain with the controls maxed out. The versatility of the sound is amazing considering the simplicity of the unit, producing a variety of sounds suitable for various musical styles from classic rock to scooped heavy metal.

As for the company behind this pedal, MXR (MXR Innovations) was one of the most proficient manufacturers in the effects industry in the late 70's and early 80's, playing a central role in creating the industry of electric guitar effects as we know it today. MXR was the largest US effects company and their original pedals and rack gear are still highly sought after today, neary 35 years later.
In the mid 80's, despite it's strong market position MXR was hard-pressed due to the incoming wave of effects from the far east (i.e. Boss and Ibanez), and was forced to give up the manufacturing of effects pedals in 1984. The same fate became also Electro Harmonix, who was propably the strongest US rival at that time. In 1987 the MXR brand was purchased by Jim Dunlop, who started making reissues of the old line of effects and bringing new effects under the MXR brand to the market.

The implementation of the pedal circuitry is rather simple. The pedal uses a single opamp gain stage with variable negative feedback ("Distortion" pot) to amplify the signal. A pair of cross-coupled germanium diodes to ground are used at after the gain stage to clip the signal and thus cause the wanted distortion. The "Volume" pot is simply a variable resistor at the output of the circuit to control the output level. The most notable fact is the absence of a "Tone" control, but extra care has been take in the sizing of the capacitors to voice the sound, and oftentimes the missing of this control is not even noticed. All in all a very simple design with minimal amount of components and no discrete transistors. Turning up the Distortion control increases the amount of distortion and at the same time cuts some bass from the signal.