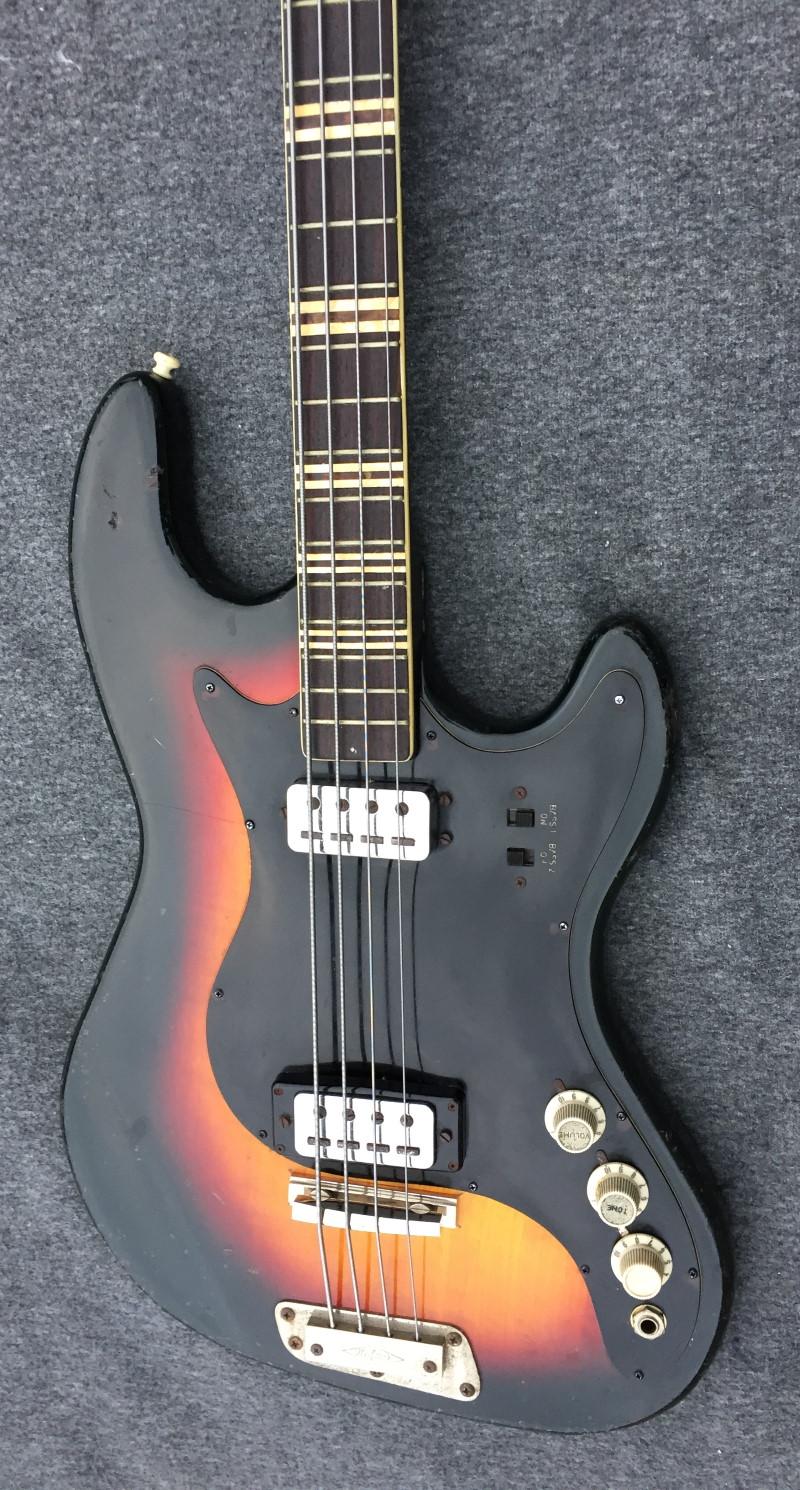 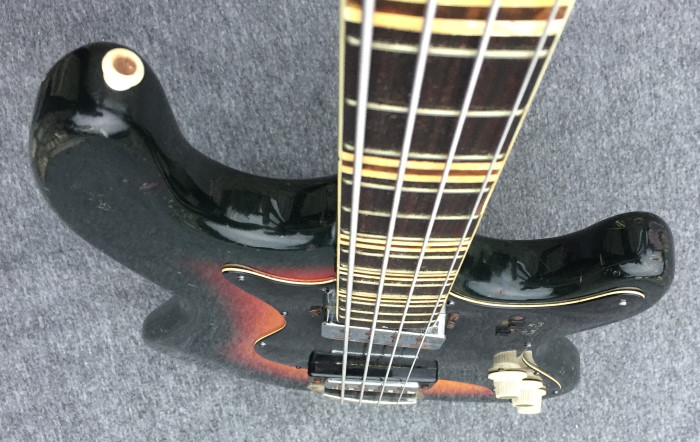 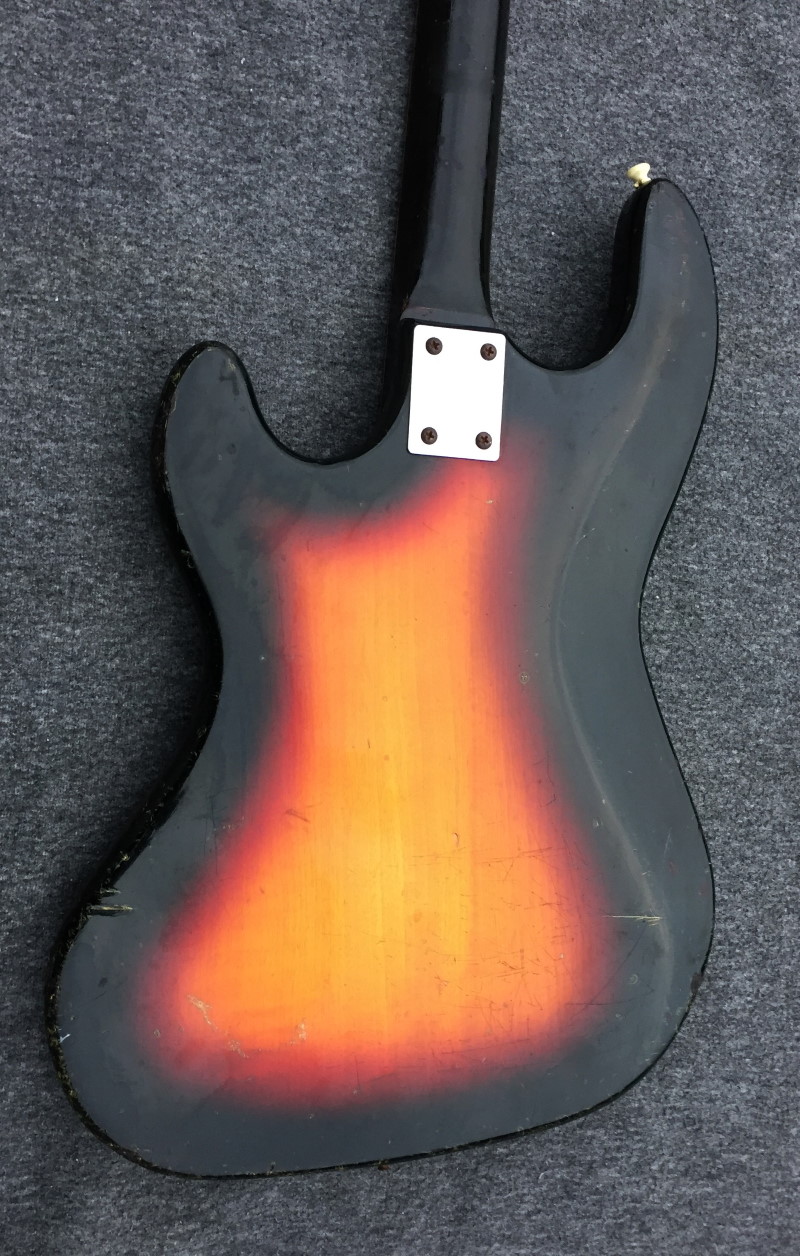 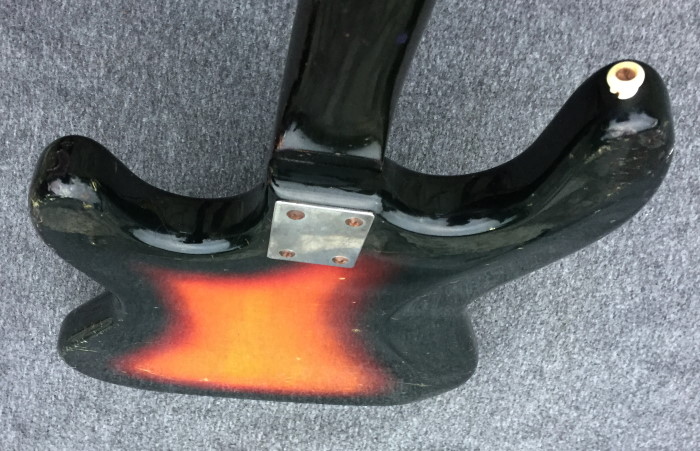 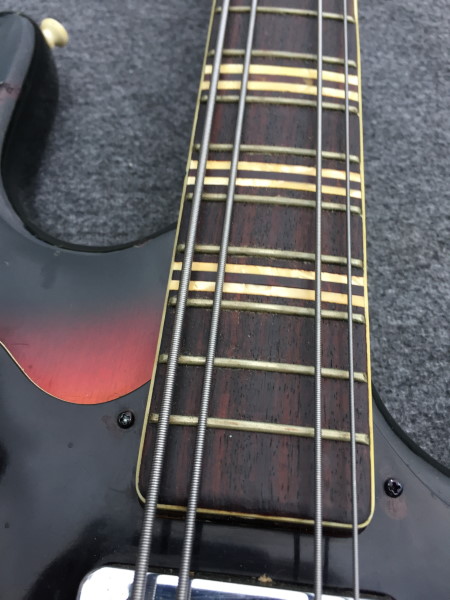 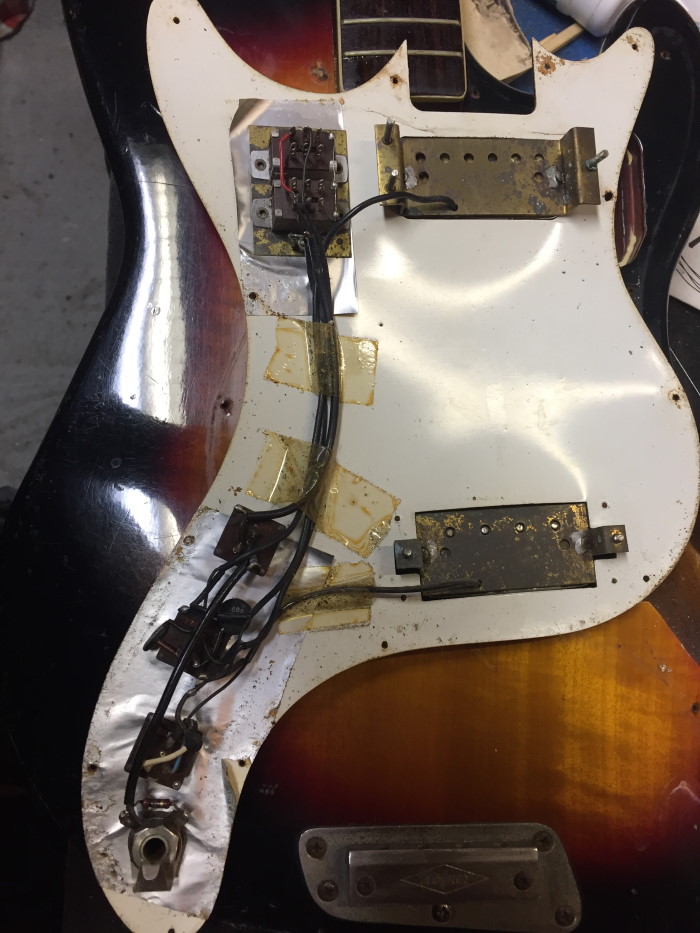 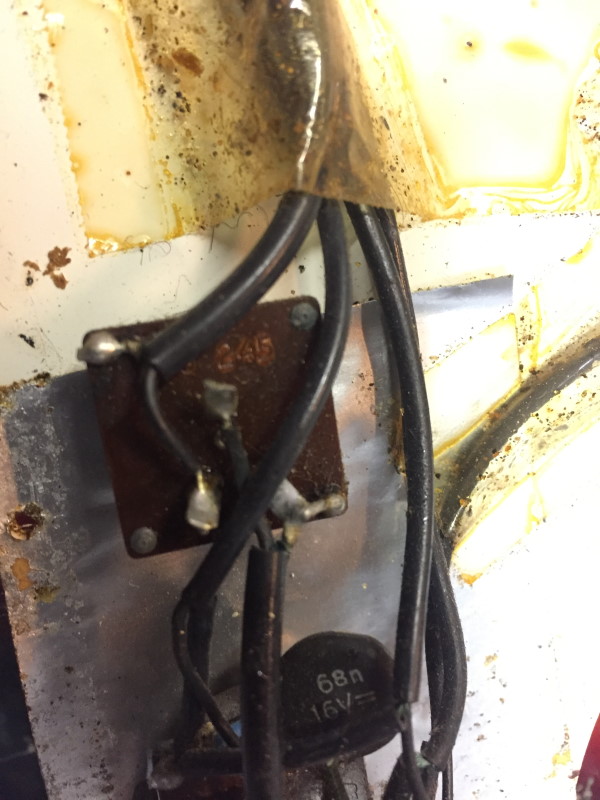 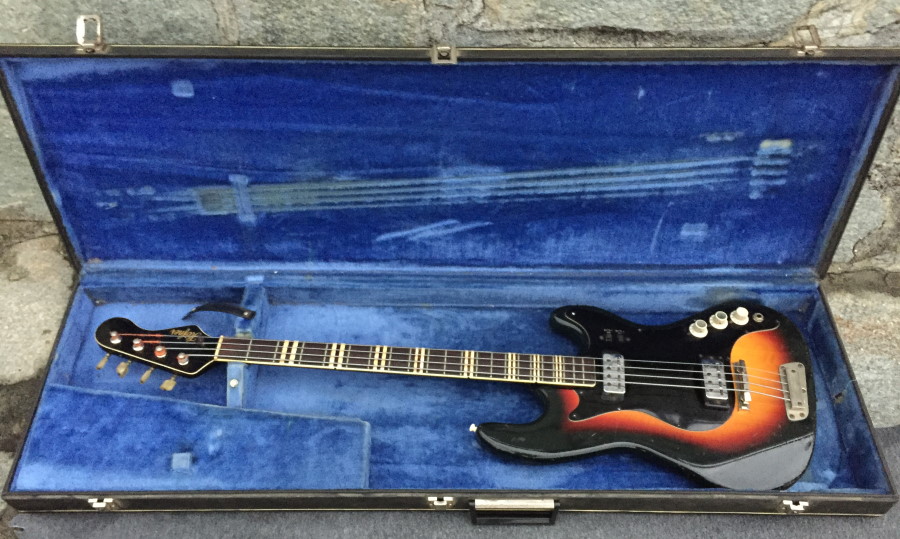 The Hofner 184 is quite a rare model - a similar shape and size to the 185 but this model dates from later - in fact from the seventies. It also has two pickups and with two volume controls but only one tone control and two pickup on/off switches. The pickups are ''staple'' pickups.  The bridge is the usual metal model - adjustable, and the tailpiece is also metal stamped with the diamond shape and the Hofner name within it. The neck is bolted on and the fingerboard has 21 frets with full width markers, and the headstock has the ''Hofner'' logo and the four on a side metal tuners. It has been well used over the years and shows quite a few knocks and bumps around the edges but its still a very useable bass.

The model 184 bass was produced by Hofner from 1974 to 1980, and appointments here indicate that this unit was probably built quite early in the production run, most likely during 1974 or early '75. Clearly basing the looks on Fender's world-conquering Jazz and Precision basses, the 184 falls stylistically somewhere between the two, while also retaining and updating certain aspects of Hofner's own 182 and 185 models, both of which had been in production since the early sixties, but were now beginning to look somewhat dated.
Although very Fender-like in appearance, tone-wise the 184 has a bit less of the pervasive American bottom end thunk and slightly more in the European way of bass musicality. Along with the 30" scale and Fender-style body, it plays more like a 4-string guitar than most basses – also making it an ideal as a guitarist's occasional bass – and fits more easily into the mix than do a lot of bottom-heavy instruments.