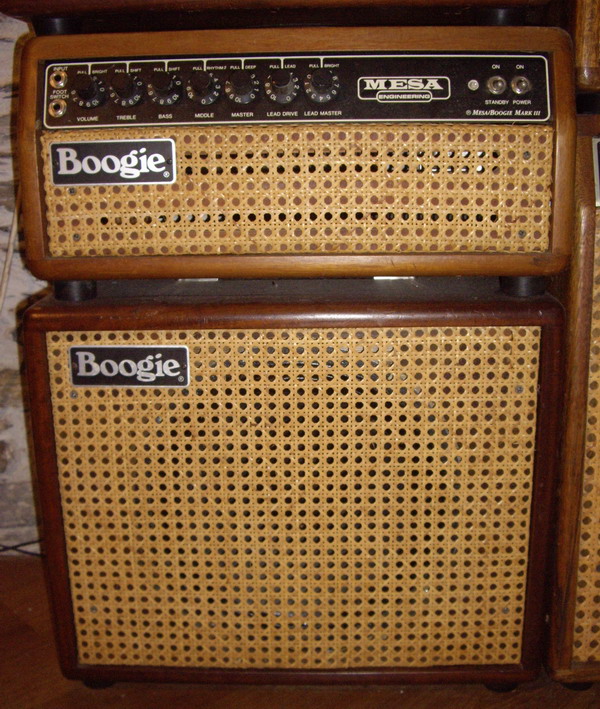 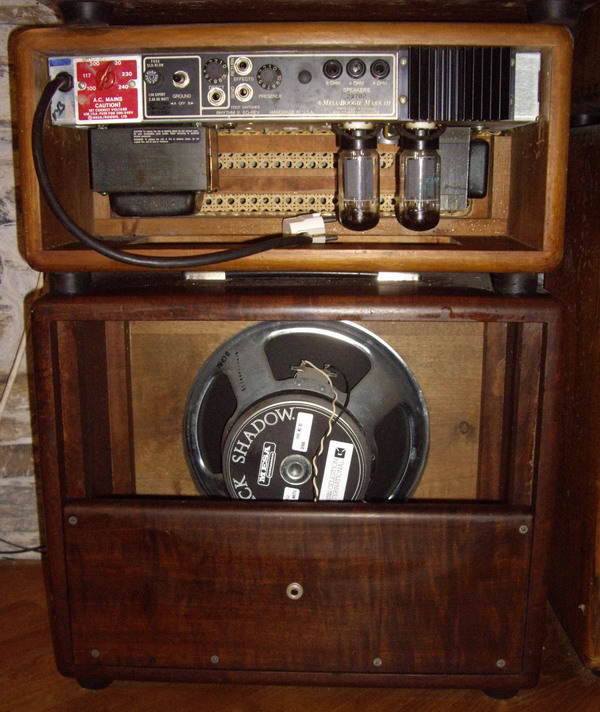 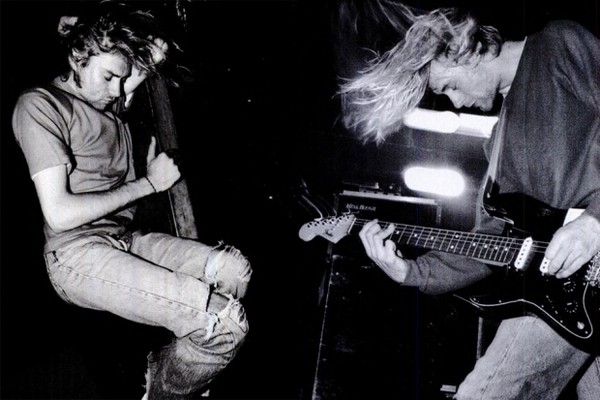 As reported Kurt Cobain "loved" the rich tones and the "Punishment you could deliver" to this cabinet and he thrived on feedback that can come from the tubed head. You can see Kurt Cobain using the Mark III this item in the picture.

The Mesa Boogie Company was founded by Randali Smith in 1972. Earlier, in 1968,
he was instrumental in the creation of Prune Music in the San Francisco bay area.
Randall has been working with electron~ ics since he was ten, building and repairing tube ham radio sets. The first Boogie type amp was created when Randy took Barry(Country Joe Fish) MeltonIs Princeton Rever)apart and built a Fender 4~10 Bassman circuít using a JBL D120 speaker. Over the nextfew years, about 300 of these hot rodded Princetons were produced. Later, Boogie amps resembied a Twin Reverb more than a Bassman, i.e., 100 watts from four 6L6GC output tubes.
In 1972, Randy decided to build complete amps instead of rebuilding older ones and began producing the Mesa Boogíe Mark I. The objective was to build the smallest possible tube amp capabie of the qualities of high output, good sustain and good tone, regardiess of the ampls volume.
Randy became interested in the fact that many guitarists liked a lot of sustain and he looked for ways to create it. He designed pre-amp circuits which would yield good-sounding overdrive. His purpose was to capture the best of an old 4-10 Bassman and blackface Twins.
When Randy brought out the Boogie Mark II, he had aiready build many Mark Ils. He refined the circuit and added severai features such as footpedal switchabie channels,graphic equalizers, and half-power modes.
The switchable channels allow for a choice between a clean sound and distortion sound. The latter is achieved by routing the output of channel one into the ínput of channel two.The graphic e.q. is a fíve band device that is an optional extra. The halfpower mode occurs when two of the four output tubes are put on standby.This feature allows for the amp to be run at fuli volume for the utmost distortion and sustain,yet have a power output that is not too loud.
Randali has not stood stili waiting for everyone to discover (or re-discover) tube amps. First there was the Mark 1, then the Mark lI, and now the Mark Ii-B. The basic Mark II-B has: two power levels (60 and 100 watts); four volume controls on the front panel; five puli-out controi knobs controlling
over-ali Brightness, Gain Boost, Lead Drive Switch, Lead Brightness, and more. The amp also has a slave output jack and slave output level controi, as weli as effects send/receive points. And there is even more, a six-position power selector so the amp can be used with 100, 1171 2001 220, or 240 volt mains power. The Mark II-B also has the ciassic Boogie footswitchabie clean and distortion channels. Note that Mesa Boogie makes many other configurations of amps in addition to the basic Mark II-B 100/60 with one 1211 speaker. They make amp heads, speaker cabinets, and even a 60 watt modei calied Son of the Originai Boogie.(The Amp Book D.Brosnac) 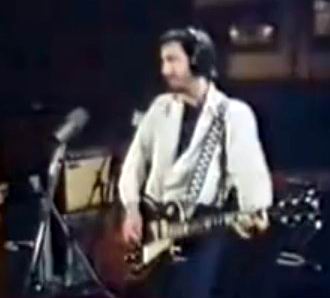 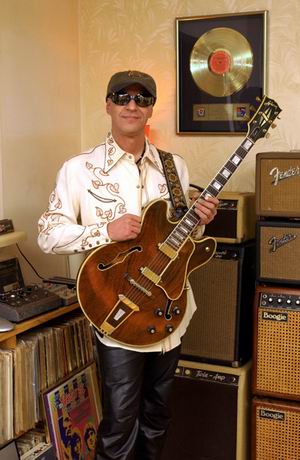 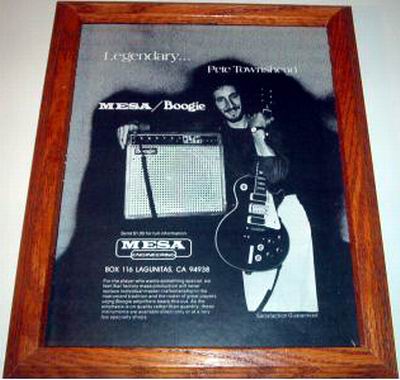 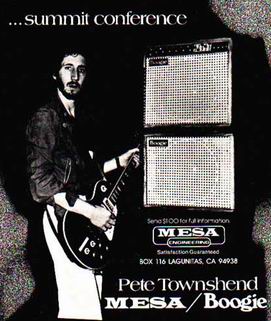 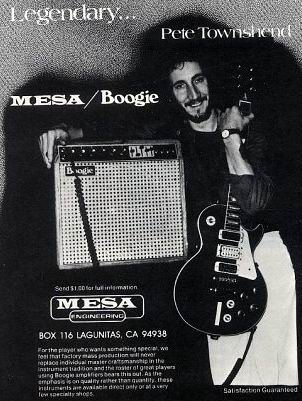 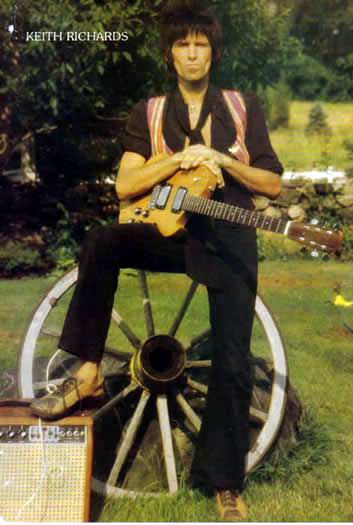 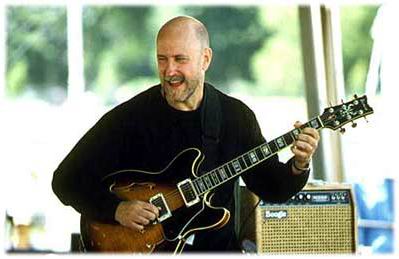 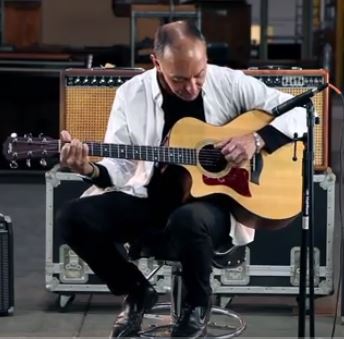 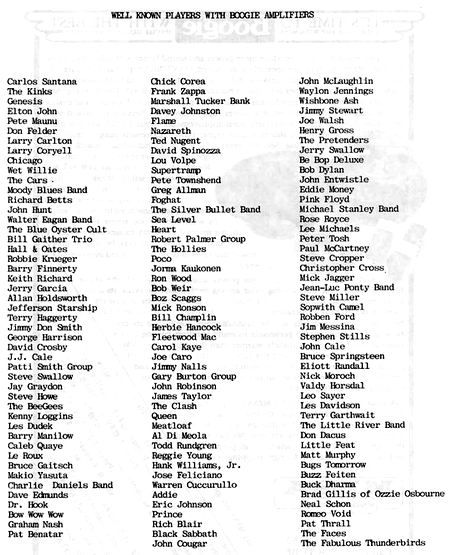 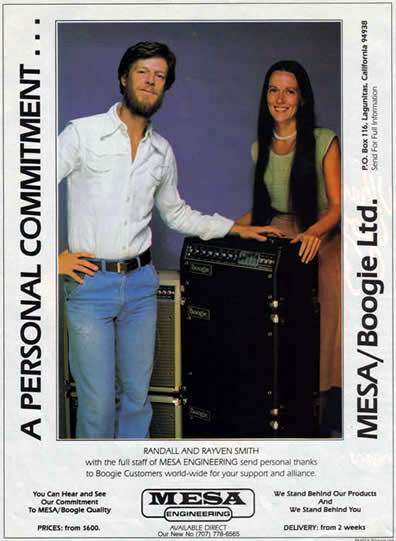 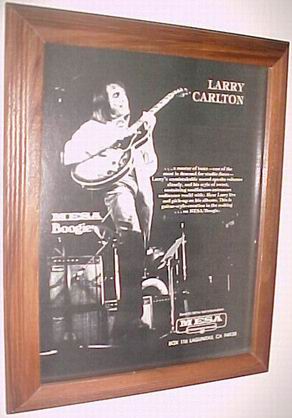 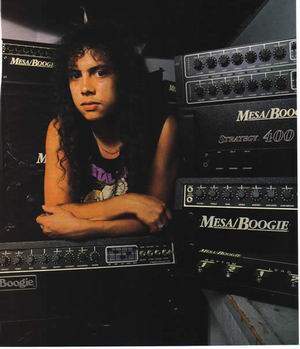 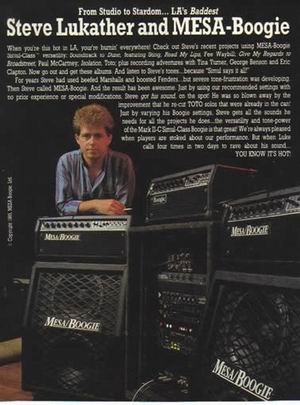 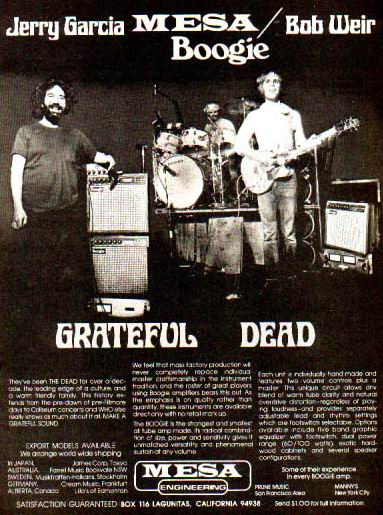 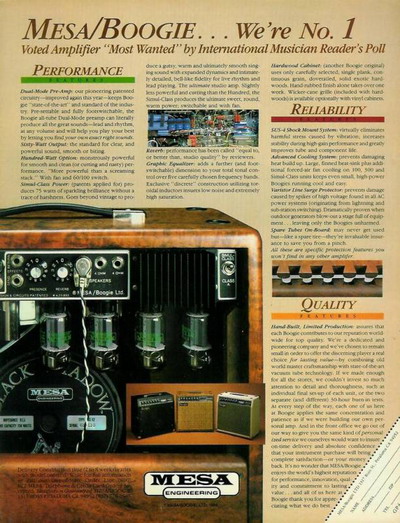 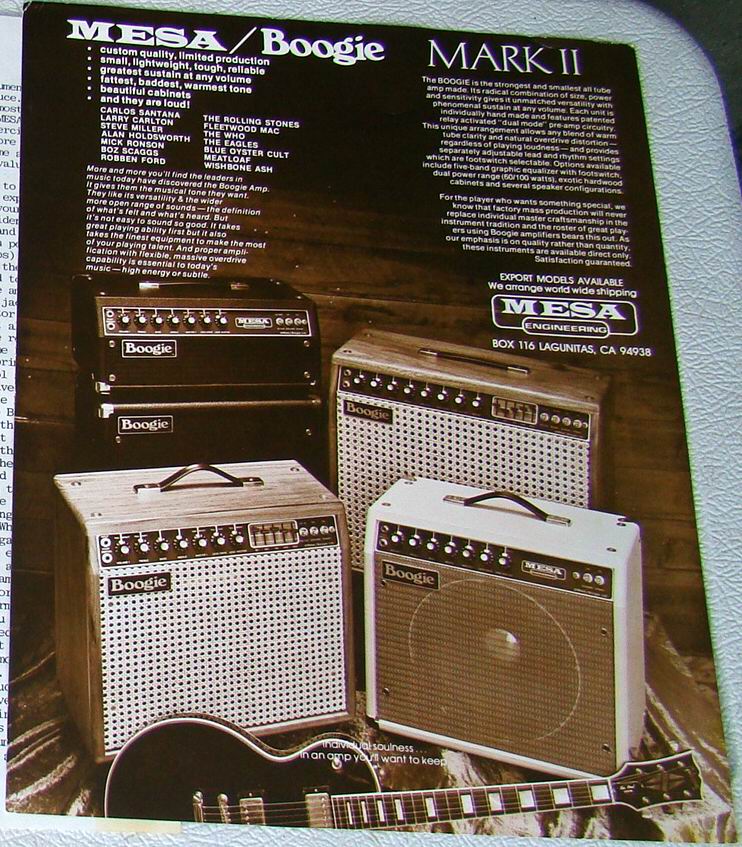