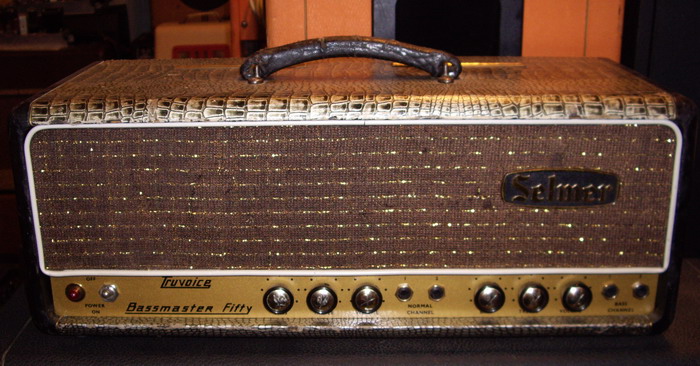 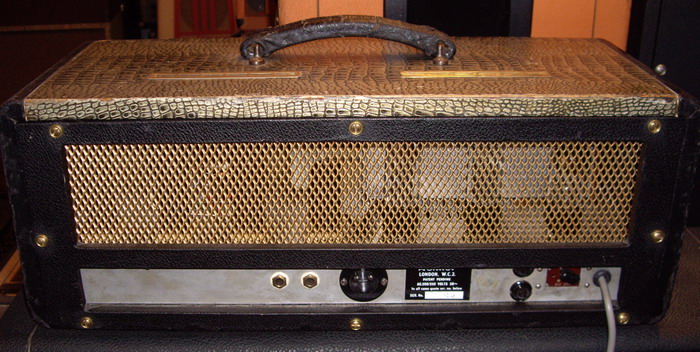 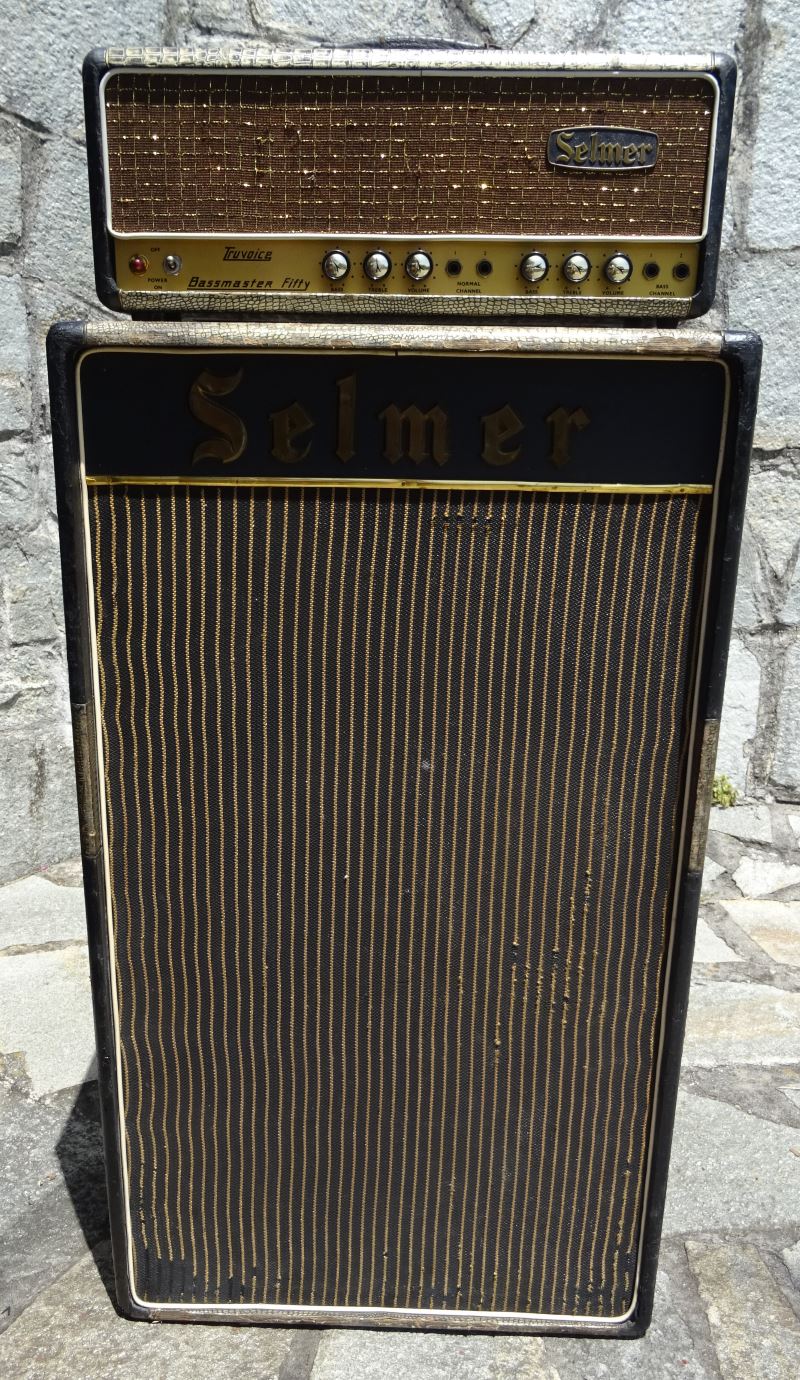 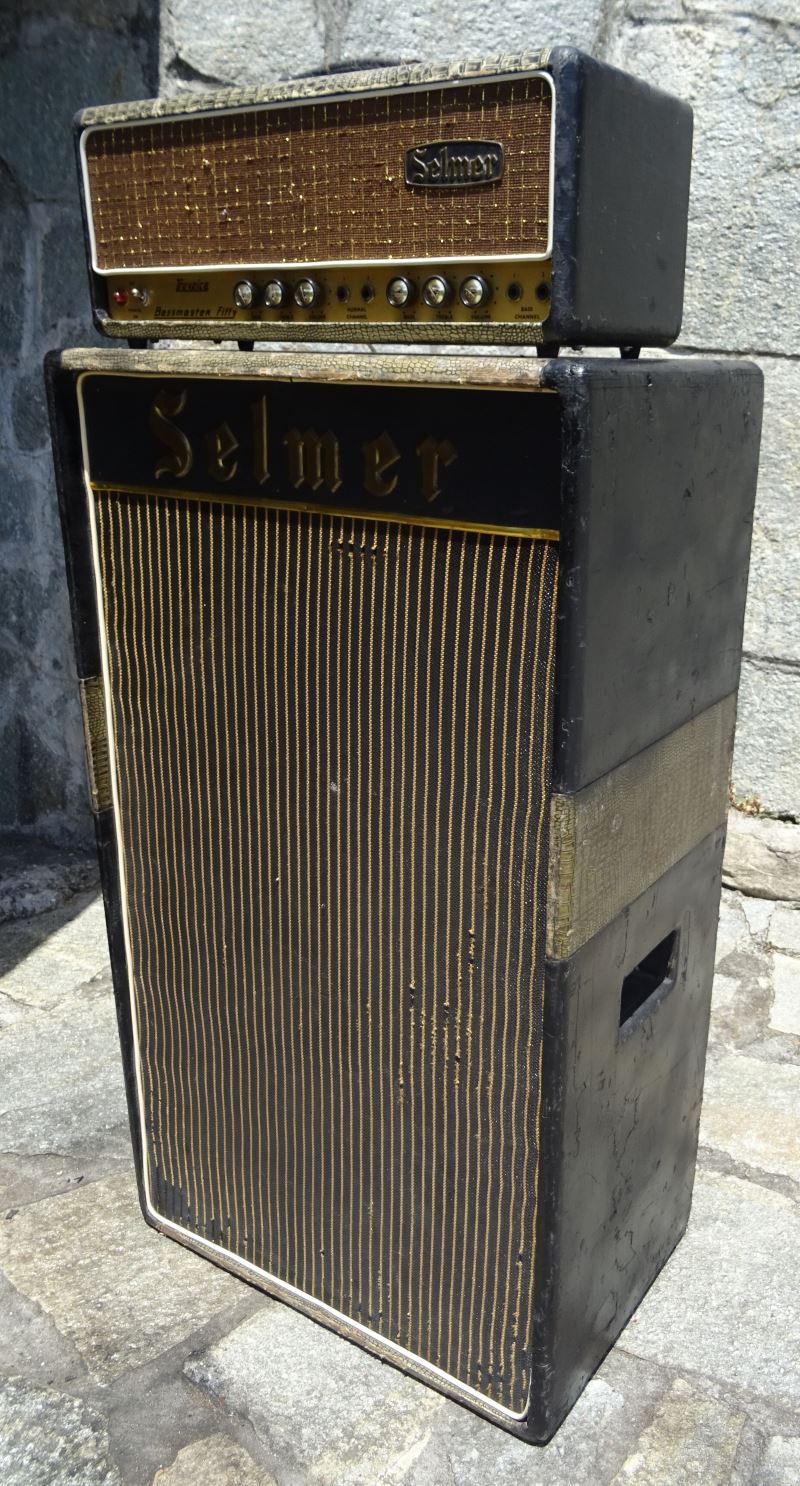 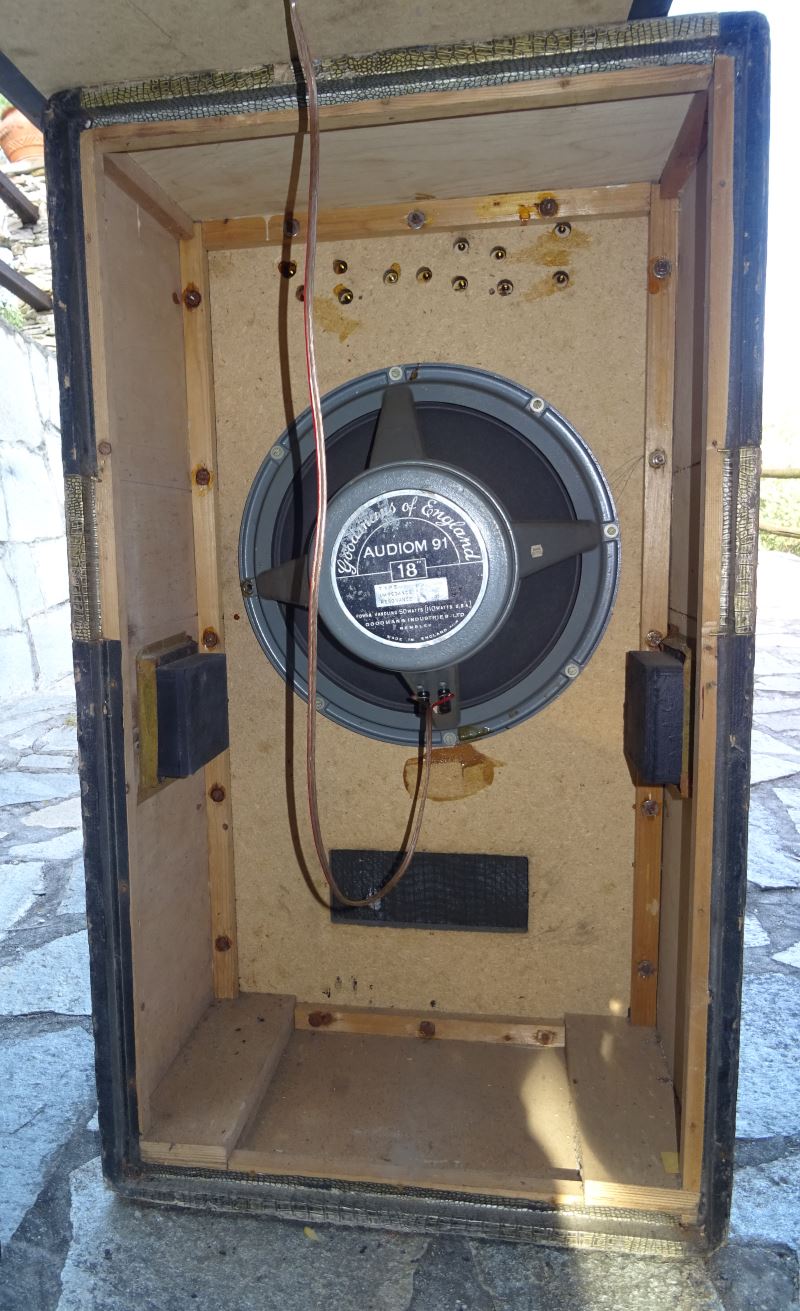 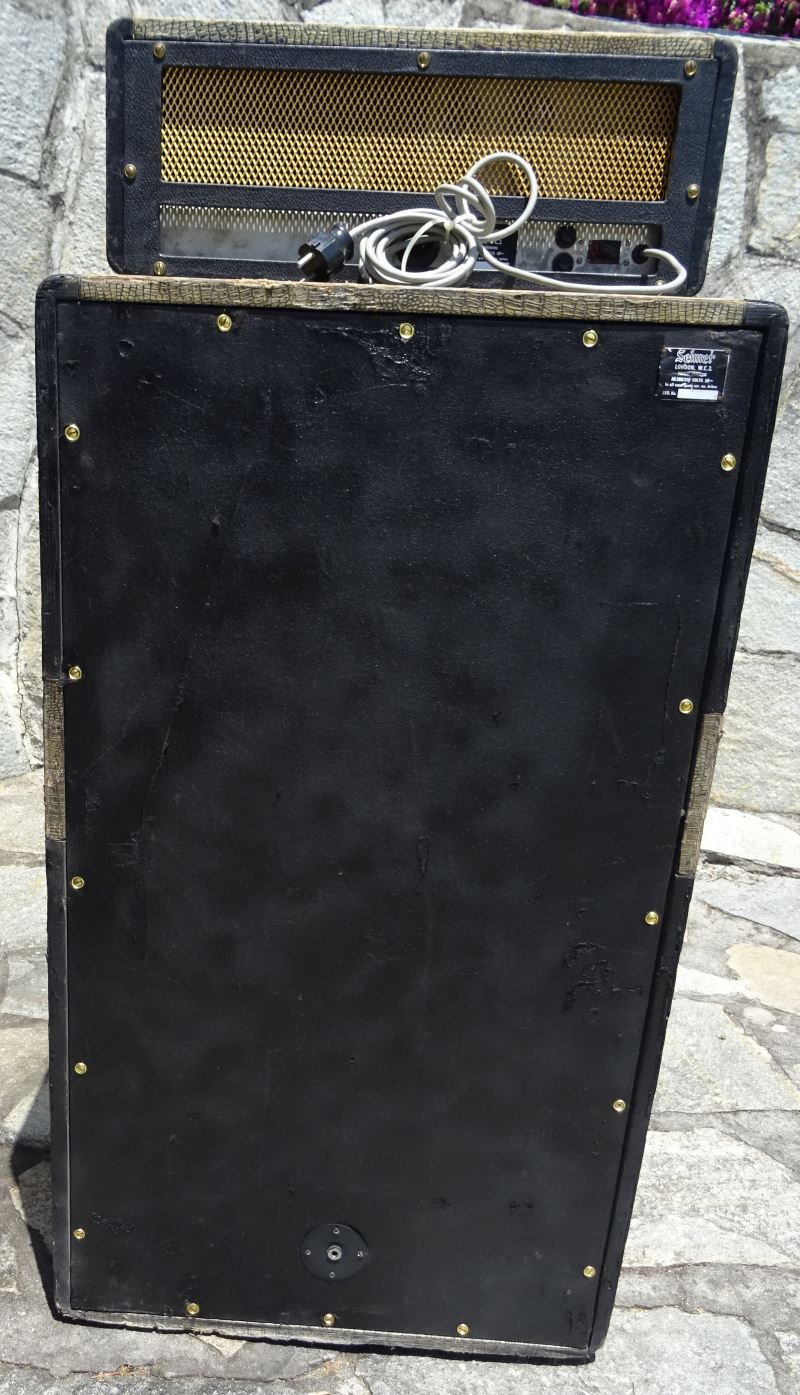 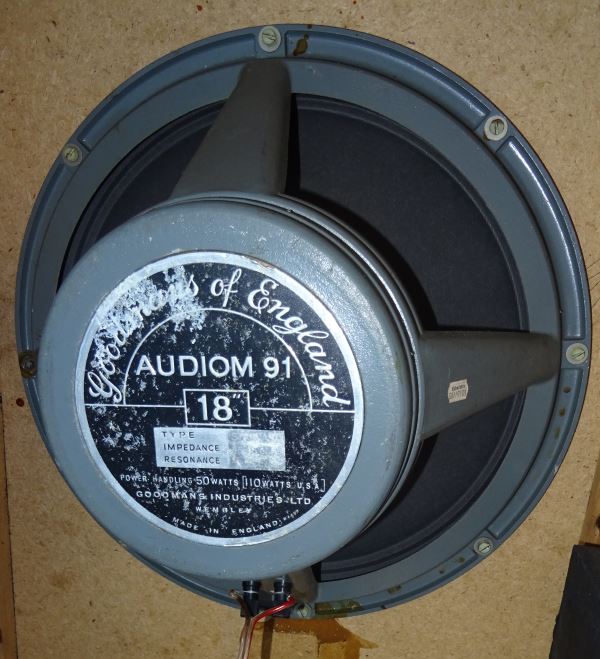 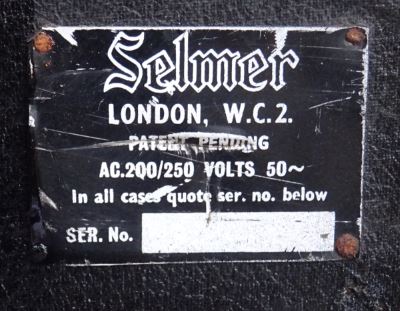 What an incredible amp! A 60's Selmer Treble N Bass 50 Amp in the awesome Croc Skin covering!Jack Bruce on the old black and white TV programs in the UK and Germany playing this exact rig and making it sound amazing. It is also said that he used the same rig to record"Fresh Cream" and other Cream classics.Cabinet with 18" Goodmann black label version which has a power handling of 50 watts RMS, 15/16 ohm impedance and 55Hz resonance.

These amps were originally built between 1963 and 1965, for use both as a guitar and as a bass amp. It's the early version of the Treble and Bass 50, which was more or less the standard Selmer guitar amp head for many years from the early sixties till the late seventies. 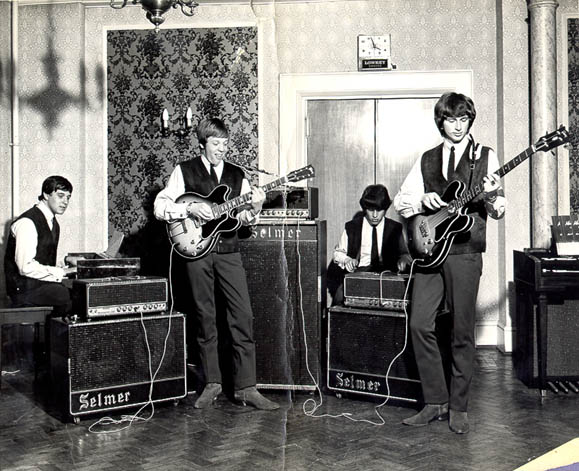 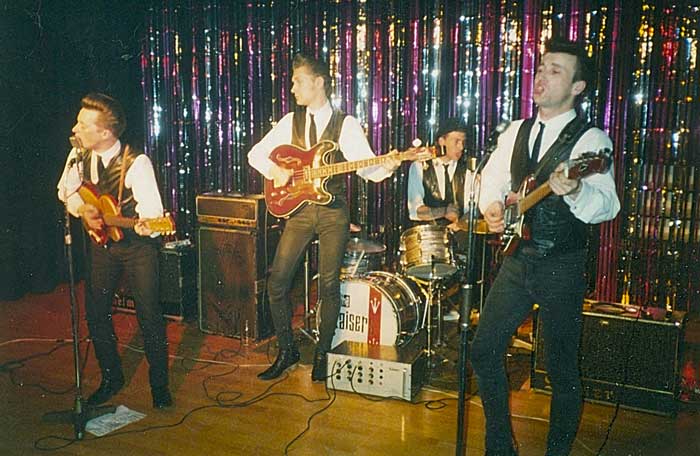 The Kaisers with their Selmers - Courtesy of Matt Armstrong 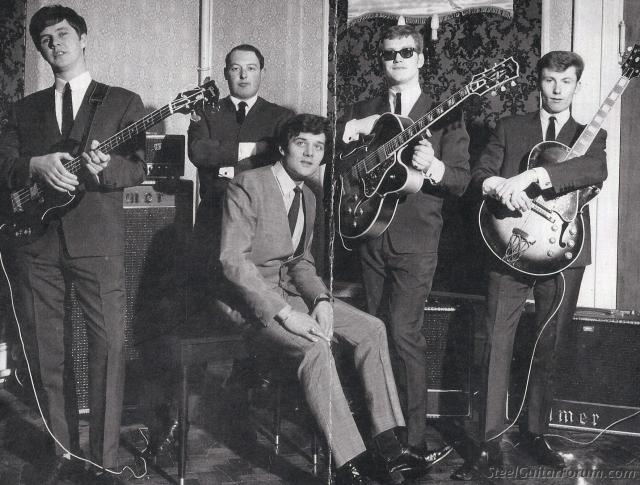 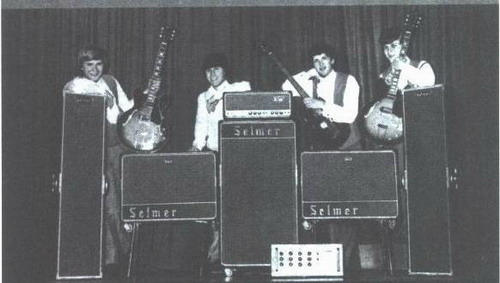 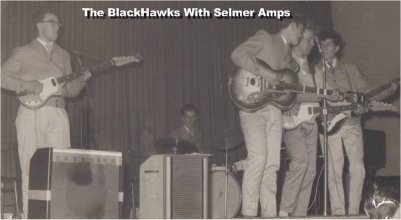 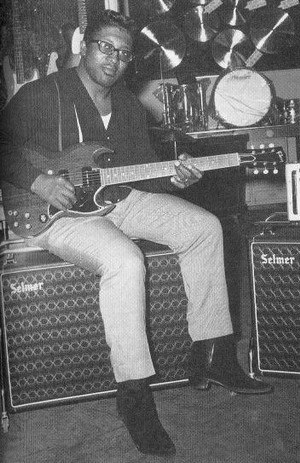 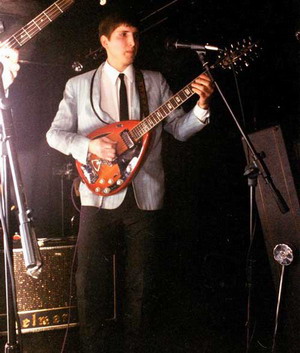 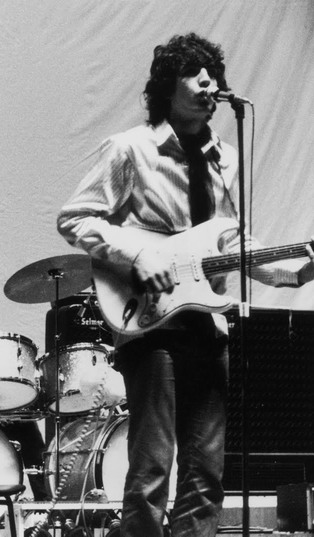 A perfect gig amp with clean tone, Syd’s Selmer combo excelled at two things – treble and bass. Channels had clean tone to about four on the volume dial. Turning volume up, bass channel had vigorous crunch, with blues and jazz overtones. A bit higher and Syd’s dark expansive proto-metal sound rumbled through. Even with treble control down, treble channel had knife’s edge sharpness. As Syd turned treble higher and pushed the amplifier hard, he got into extreme noise and feedback. His Selmer amp had an effects loop wired to pre-amp valve, an echo send return on the back Syd utilised with Binson and a Selmer Buzz-Tone fuzz pedal.

Syd’s Esquire proved versatile for every gig. With all 21 frets clear of the cutaway, Syd howled right up the neck with superb sustain. The single coil bridge pickup was heavy, with strong mid-range, and much power at high volume. Playing live, Syd flicked the three-tone selector switch, with resistors and capacitors altering frequency response.

In position one, or bridge-setting, tone control was disconnected and wired direct to output jack. Here, Syd got crisp treble lead tones, setting Selmer at four or five gain, for leads more scalding than Telecaster. In position two, standard volume and tone control arrangement allowed Syd to darken and brighten passages. Turning tone knob to the centre gave Syd good Telecaster-like mid-range to vamp while Rick soloed. Syd could mellow tone a bit by strumming past where neck pickup would be, or diving to the bridge with Zippo flashing across the bottom E string for his signature sustain violin-like tone. In position three, tone control was again disengaged.

A unique Fender tone capacitor rolled off treble and some bass, producing muted dark tone the rhythm player in Syd thrived on. Here he could drop into Waters’ bass range and thicken rhythm.

By the Games For May concert, Syd was experimenting with a Fender Stratocaster and Vox Tone-Bender pedal, also using a foot switch to tap in and out of Binson echoes. By the end of the summer, Syd was further using a Selmer wah pedal, one of the first British guitarists to do so. 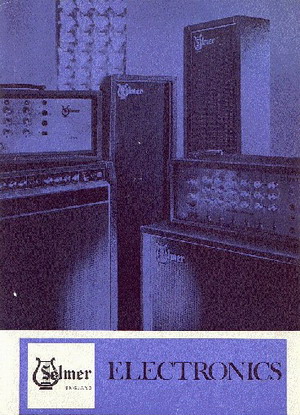 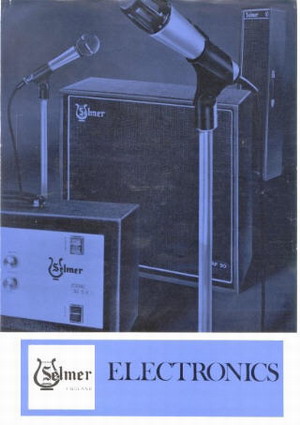 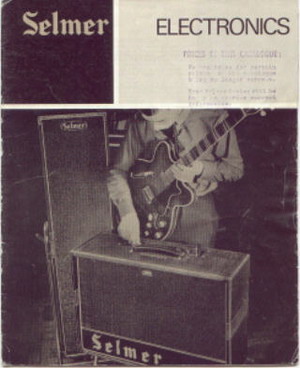 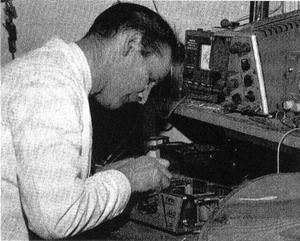 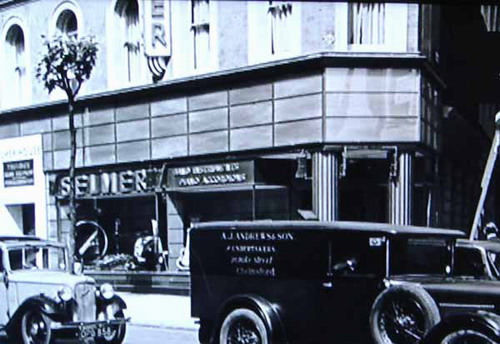 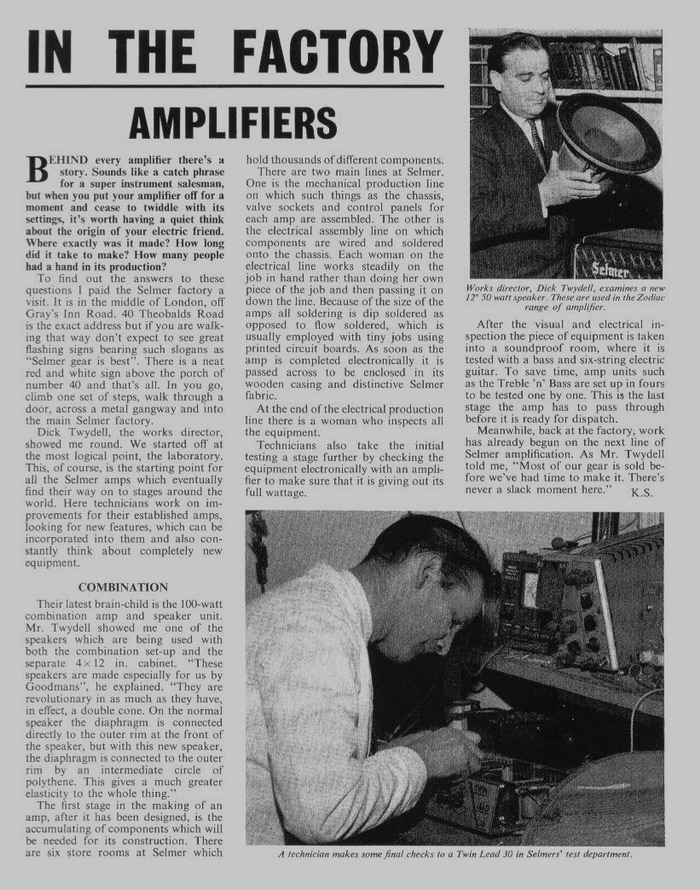