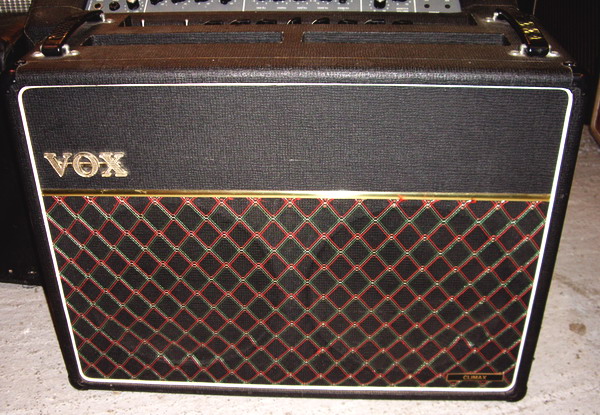 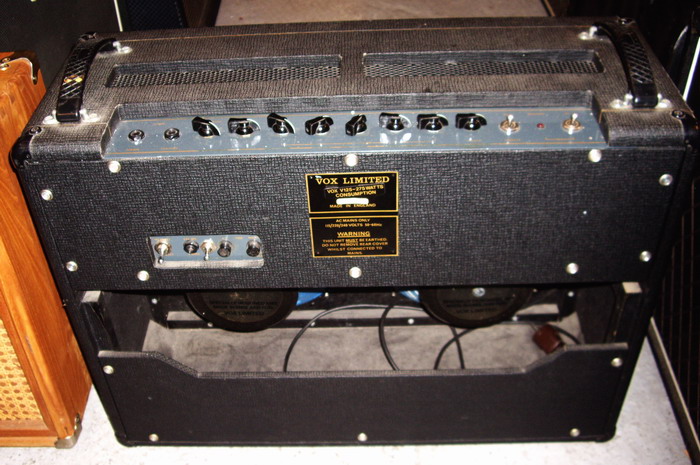 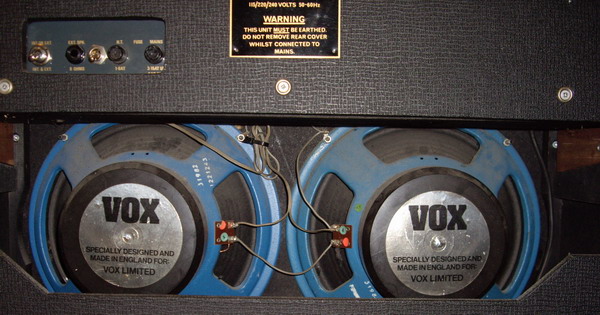 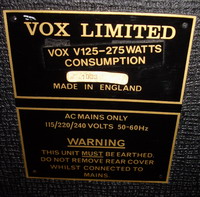 VOX V125  2x12" Vox
Much work needs to be done to revive the VOX name, and there are many manufacturing difficulties to overcome, but at the 1980 British Music Fair, the VOX V125 is launched. This is basically a modified AC120 in the form of a head that drives 2 x 12" speaker cabinets with open backs. Soon other models appear - a V125 Bass, a V15 valve combo, and the transistor Escort 50 Lead and Escort 50 Bass. Utilizing a modified V125 chassis, a combo known as the Climax is also made.

The electronics for the V125 were an adaptation of the circuits used in the AC-120 that Vox had introduced in 1973. Although Vox literature showcasimg this amplifier states that it had "pure valve power," that is not totally correct. Two 2N3819 transistors were used as an initial gain stage in the V125.

The reverb circuit from the AC120 was not included in the V125.

The V125 amp design included Gain, Volume and Master Volume controls, as would a Marshall amp from this same period.