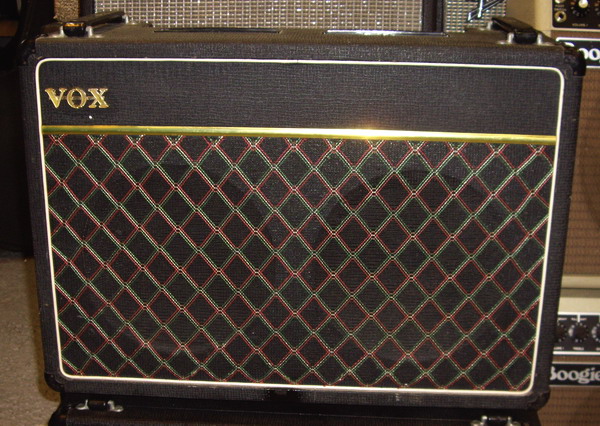 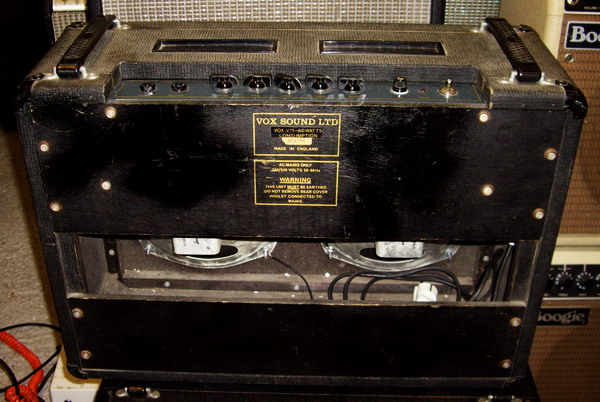 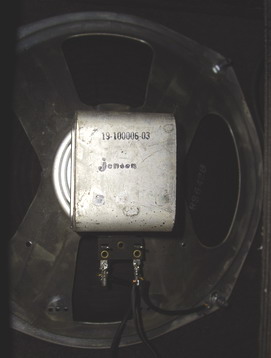 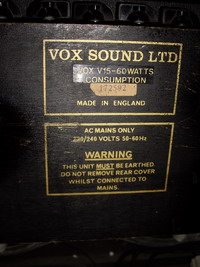 Introduced by Rose-Morris in late 1979, the V15 was marketed as a "small" AC-30 The beauty of this amp lies in its ability to get a great AC30 tone without the earbleeding volumes of the AC30.This all valve amp makes use of five tubes (ECC83 (x2), ECC81 (x1), EL84 Duet).  Top panel has Three Band Passive EQ; Bass, Middle, Treble and two inputs (normal and brilliant) with power switch and light as well as seperate volume and master volume controls with which one can achieve that legendary crunch the AC's are noted for.  Cabinet houses 2 - 10" VOX Fane Speakers. It was produced by the Dallas Industries manufacturing plant in Shoeburyness, Southend-on-Sea, Essex England for Rose Morris.

Smooth mellow tone - quite loud (considering it is only 15W RMS, 21W peak) When overdriven it gives a very smooth distortion suited to rock. When played with distortion and a wah-wah it is great.