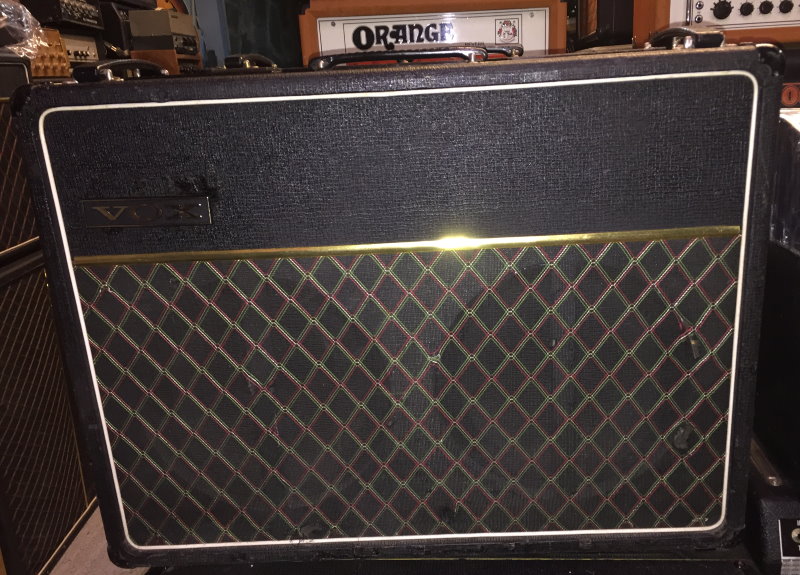 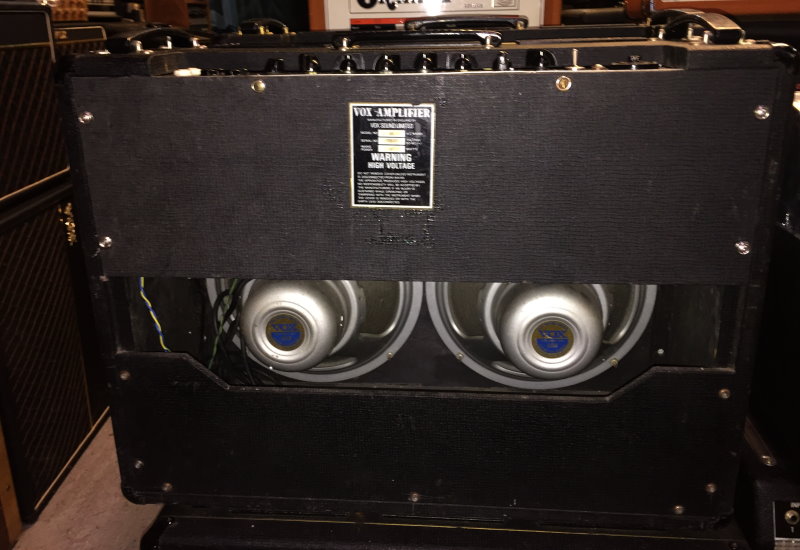 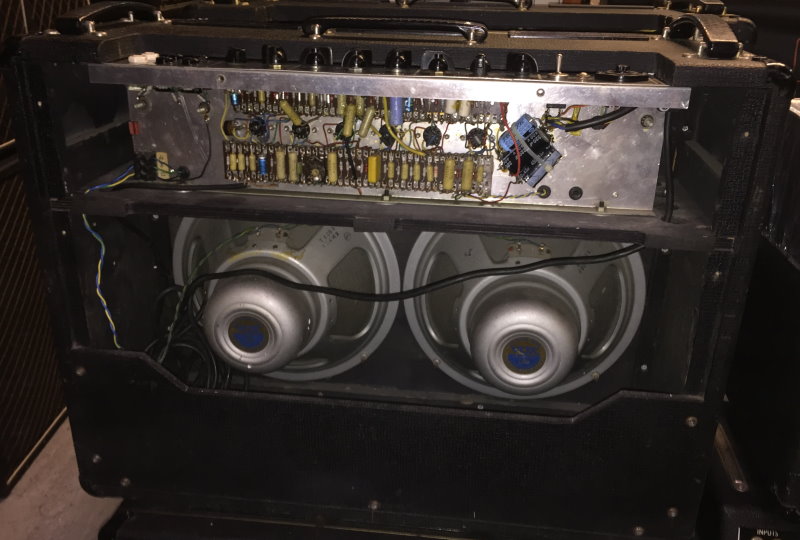 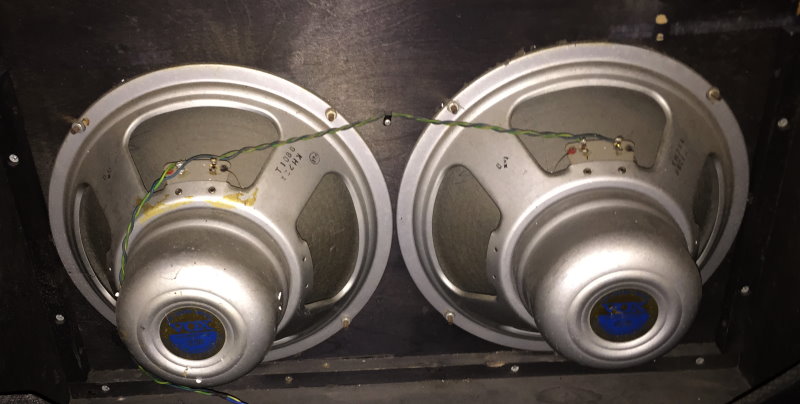 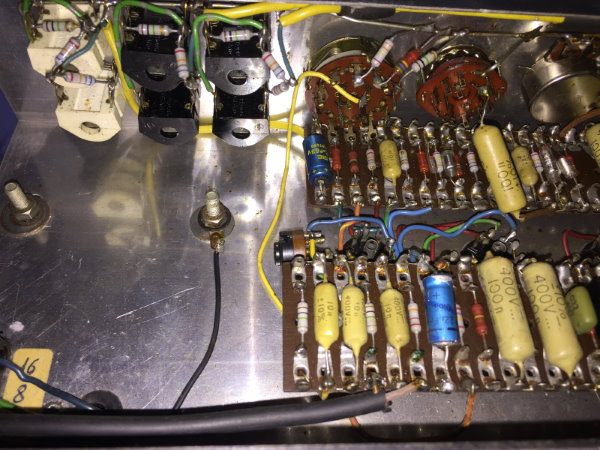 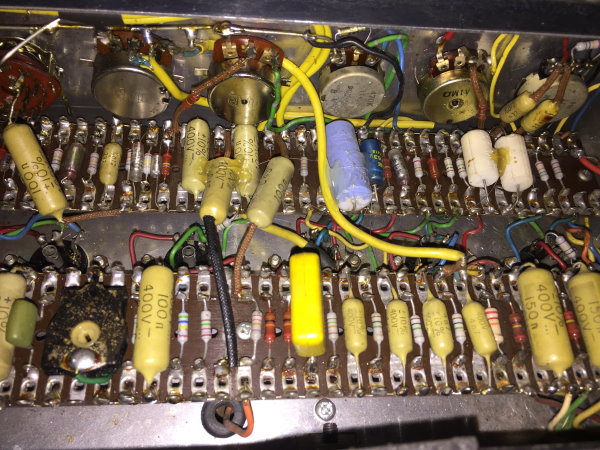 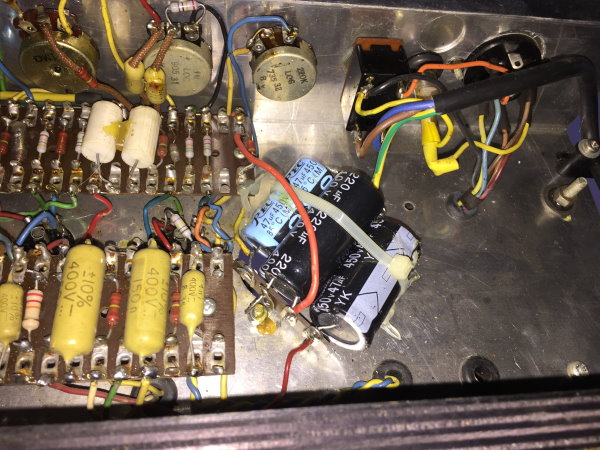 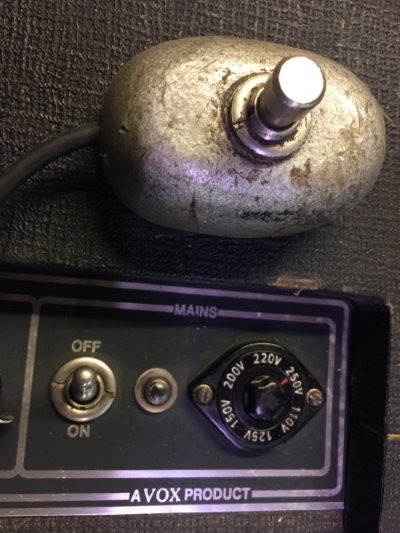 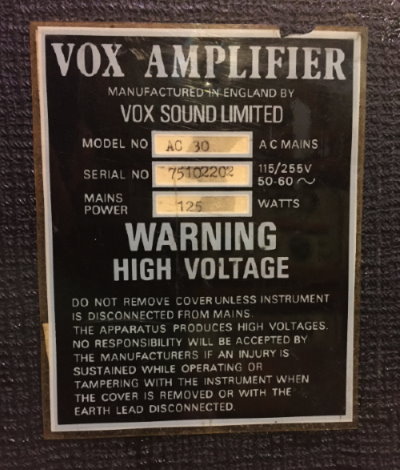 Dallas Arbiter, a British company owned by CBS, took control of Vox in 1972. They produced this excellent hand wired AC-30 Top Boost amp from 1974 through 1977. In 1972, Dallas Industries, the UK distributor of Fender products and Sound City amplifiers, recognized an opportunity in Vox. Vox was again for sale and the asking price was right. A deal was struck between Stolec and Dallas and Vox production was moved to the Dallas Arbiter facility in Shoeburyness England. Dallas adopted the name "Vox Sound Limited" for their new enterprise. Early in their ownership of Vox, Dallas decided to discontinue the printed circuit version of the AC-30 and return the amp to the original hand wired point to point, tag strip construction.