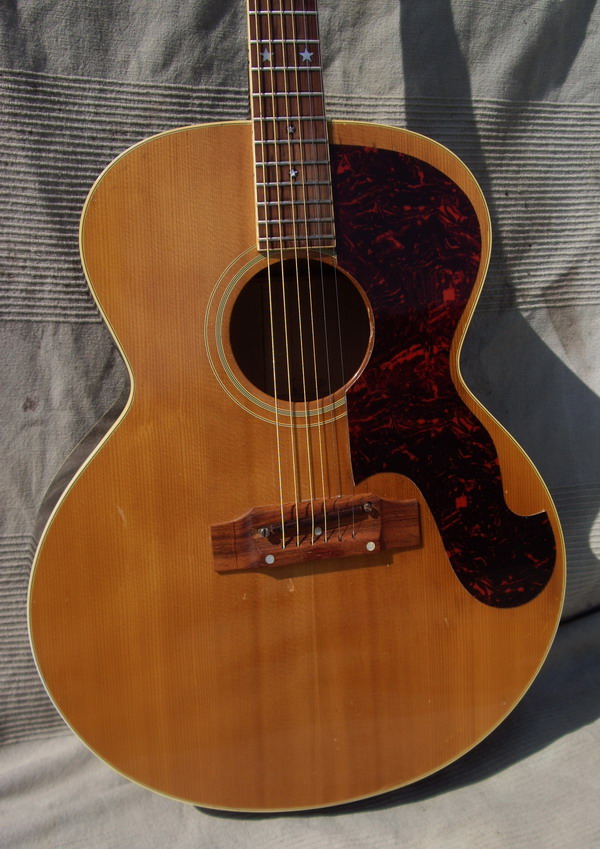 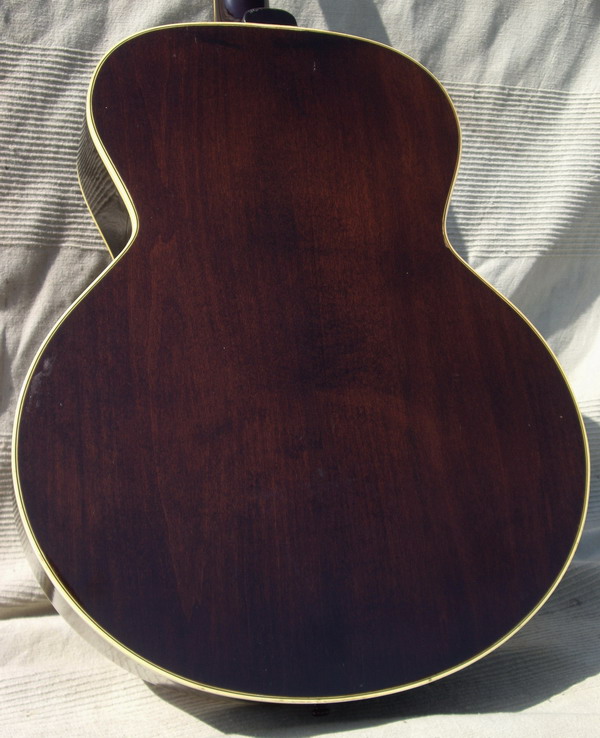 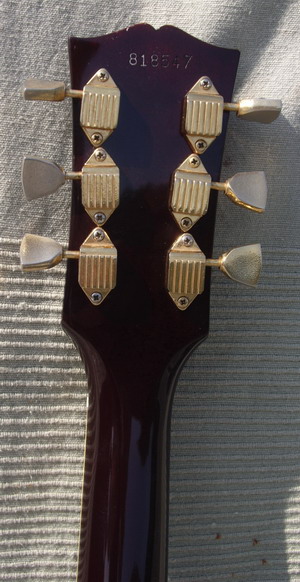 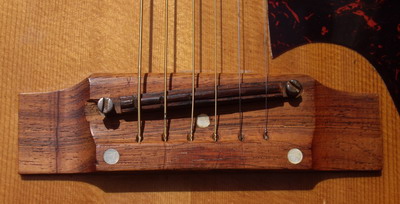 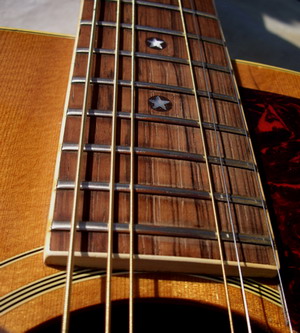 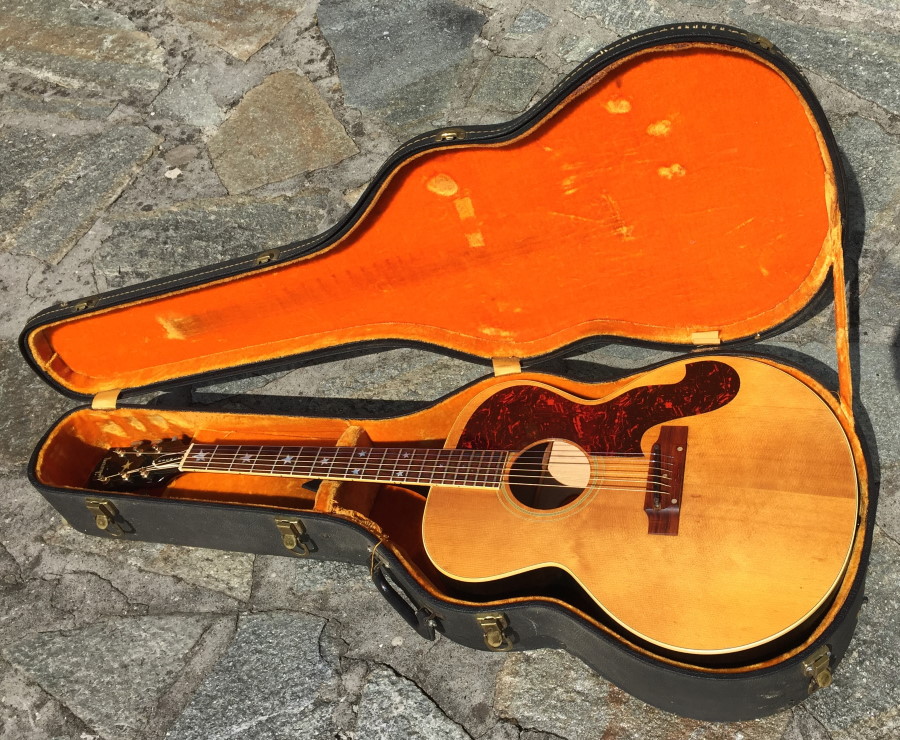 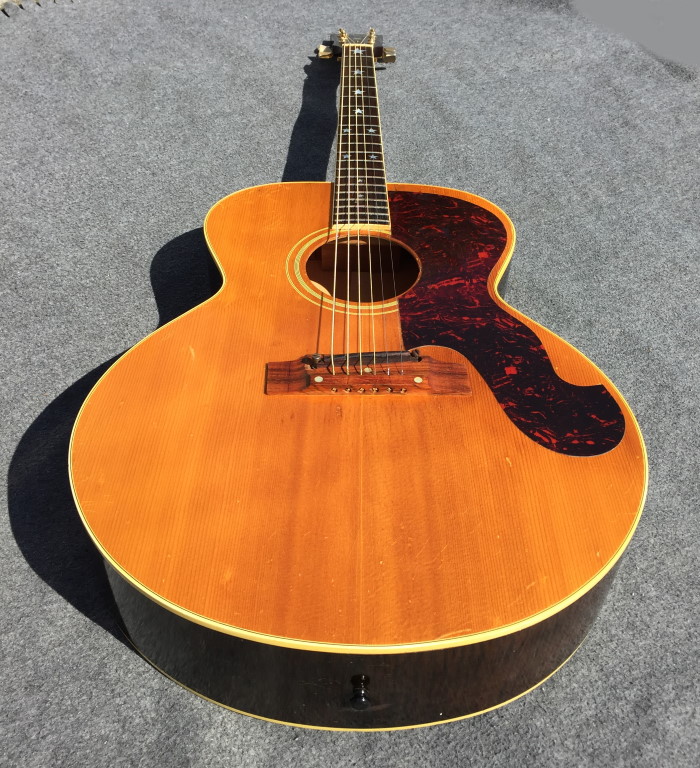 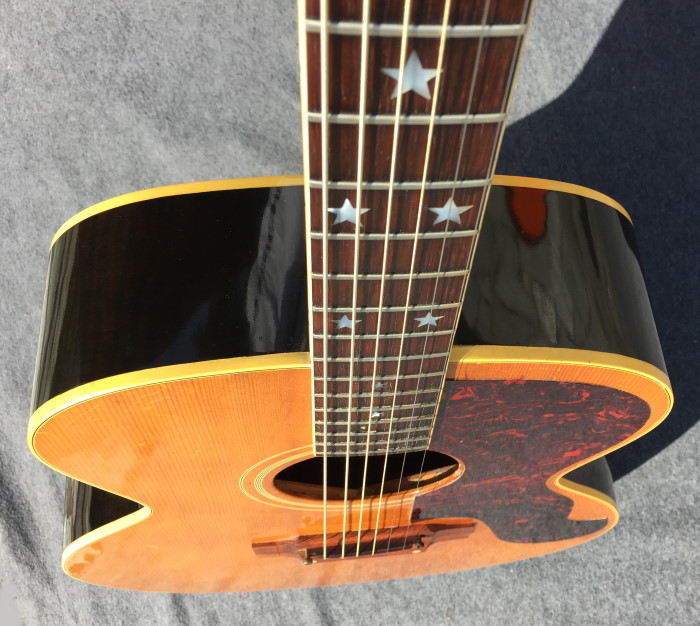 Originally designed to fulfill the demanding rhythm guitar needs of the Everly Brothers, the J-180 has been described as "a guitar of stars (inlay that is) for stars."

The Everly Brothers recorded many hit songs during the 1950s and the 1960s, such as "Wake Up Little Susie", "Let It Be Me", "Cathy's Clown", "All I Have to Do is Dream", and "Bye Bye Love". Throughout the 1950s, they used Gibson J-200 guitars, some customized with dual pickguards.

In 1962, Gibson collaborated with The Everly Brothers to produce the Everly Brothers Flattop. This flat top guitar featured a thin J-185-style body and an adjustable bridge. The guitar was unusual in that it featured star-shaped inlays on the rosewood fretboard, and it had a large double tortoise grain pickguard, which covered most of the top of the body. As the pickguard covered most of the top of the guitar, it limited the vibration of the top, thus limiting the sound of the guitar. The standard finish on the guitar was black, though a few models were natural or sunburst finish. The Everly Brothers Flattop was discontinued in 1972, but was reissued as the Gibson J-180 in the mid-1980s.

The Everly Brothers used these guitars throughout the 1960s, both live and in the recording studio. Paul McCartney also owns and plays an Everly Brothers model, as did many influential artists including George Harrison, Bob Dylan, Cat Stevens, Neil Diamond, Elvis Presley, Keith Richards, Jimmy Page, Roger Daltrey, Billie Joe Armstrong, Billy Idol, Sharleen Spiteri, Madonna and many more. Albert Lee is the owner of Don Everly's original Everly Brothers Model. Lee was presented with the guitar by Don Everly himself. Before Gibson announced the Everly Brothers Model, the brothers used Gibson SJ-200s. The guitar that Don gave to Albert Lee is not an 'Everly Brothers Model', but a 1958 SJ_200 finished in black with cream double pickguards.When it comes to the unmistakable acoustic sound of the Everly Brothers, size matters. For their live work, the brothers lugged around a pair of mid-1950s sunburst Gibson J-200s, although Don says that a 1953 Gibson Southern Jumbo powers those ’50s Cadence tracks. "That was my first guitar," he notes, "the one my dad got for me in Knoxville. I’ve still got it right here." The SJ’s extra big box was especially handy for all those low-tech, one-mic affairs.

At the height of their popularity in the early ’60s, the Everlys designed a guitar in conjunction with Gibson that addressed some of the most persistent problems they’d encountered. First introduced in 1962, the Gibson Everly Brothers model—featuring a trend-setting black finish—was slightly smaller than the J-200 (16 inches wide instead of 17 across the lower bout), but its maple back and sides and X-braced top offered the same distinctive tone. To protect against the brothers’ vigorous strumming, Don devised double tail-fin pickguards that extended below the bridge. Meanwhile Phil, a perpetual string breaker, suggested a pinless bridge based on the string-routing system of Fender electrics. (Phil’s wire-busting habit would ultimately lead to his 1995 formation of the Everly Music Co., an enterprise dedicated to the production of longer-lasting guitar and bass strings.)

Gibson stopped manufacturing the EB model in 1972 (although it was reintroduced in altered form as the J-180 in 1986), right around the time that Phil ran into a young luthier by the name of Robert Steinegger (PO Box 25304, Portland, OR 97298; steiny@aracnet.com). Phil had been dissatisfied with a repair job on one of his EB models and gave Steinegger the chance to undo the damage. The Everlys would split shortly after Steinegger delivered the refurbished guitar to a highly satisfied Phil, but a decade later Steinegger and the younger Everly would meet again.

On the verge of the Everlys’ London reunion concert, Phil asked Steinegger if he could build a pair of new guitars based on the style of the Gibson EB. Steinegger obliged—and thus was born the Steinegger Ike Everly model. In the years since, Steinegger has cooked up some 50 Ike models (two of which currently reside in the homes of Paul McCartney and George Harrison—both recent gifts from Phil), as well as a one-shot D-50—a special version of the Ike Everly guitar made of ebony back and sides that features more than a pound of gold inlay. Phil presented this guitar to his brother Don on his 50th birthday in 1987. David Simons 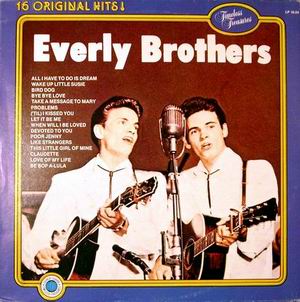 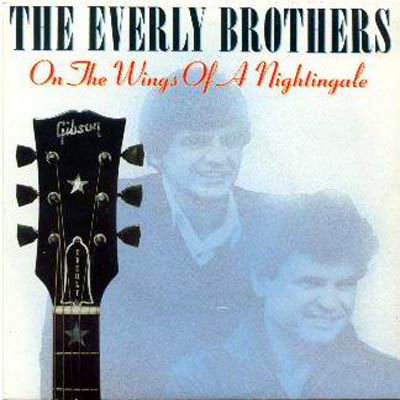 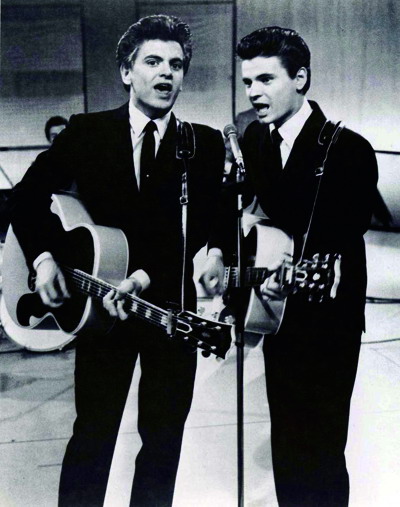 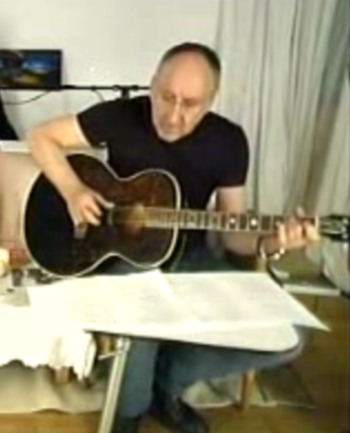 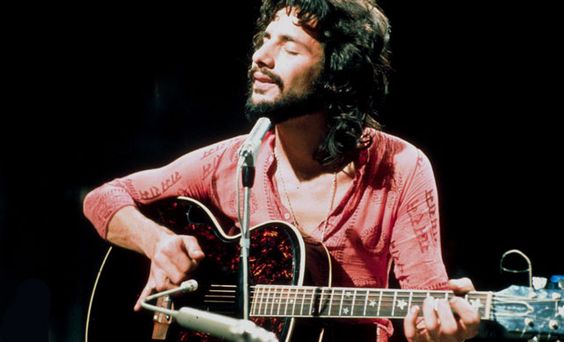 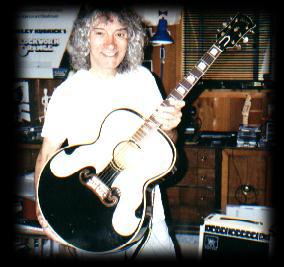 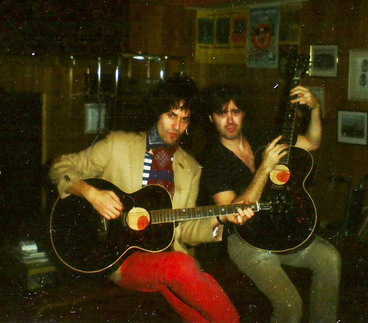 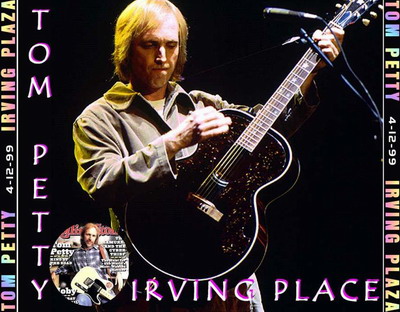