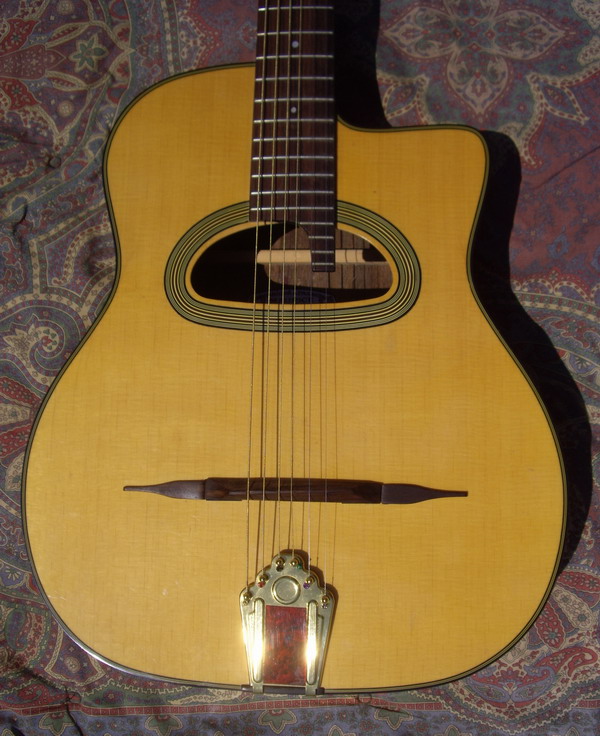 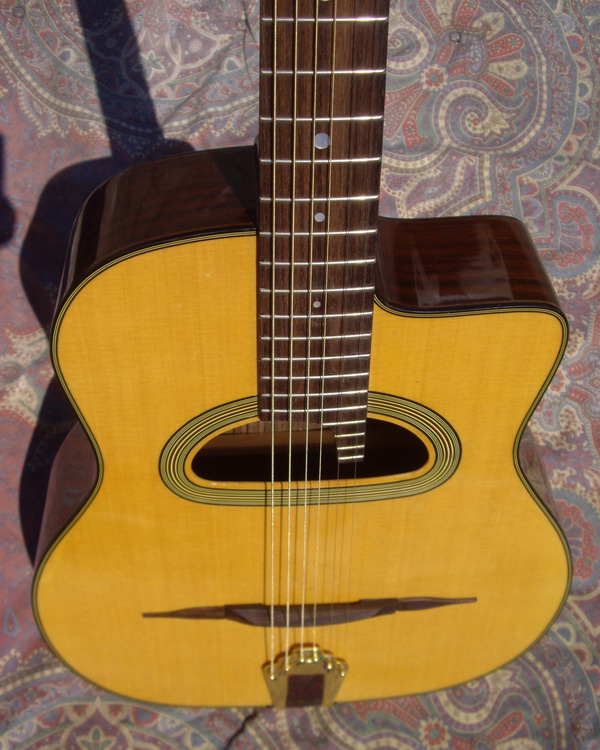 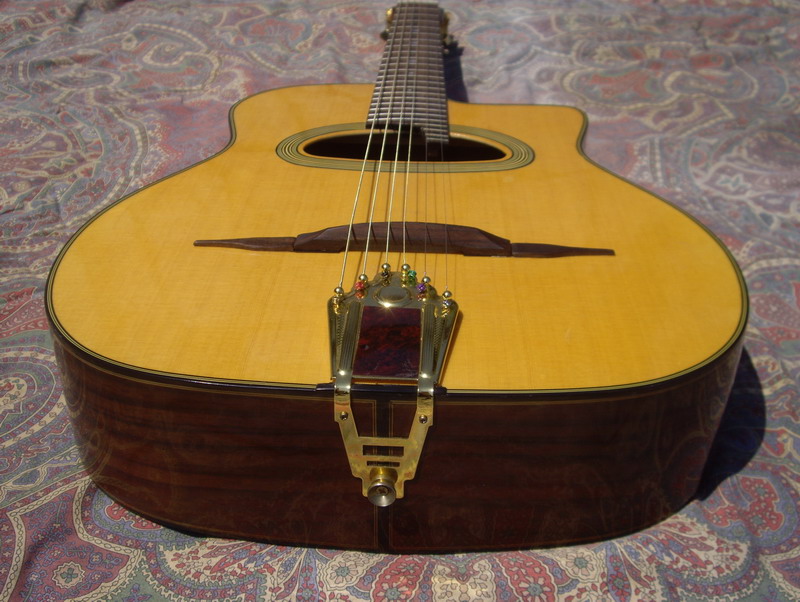 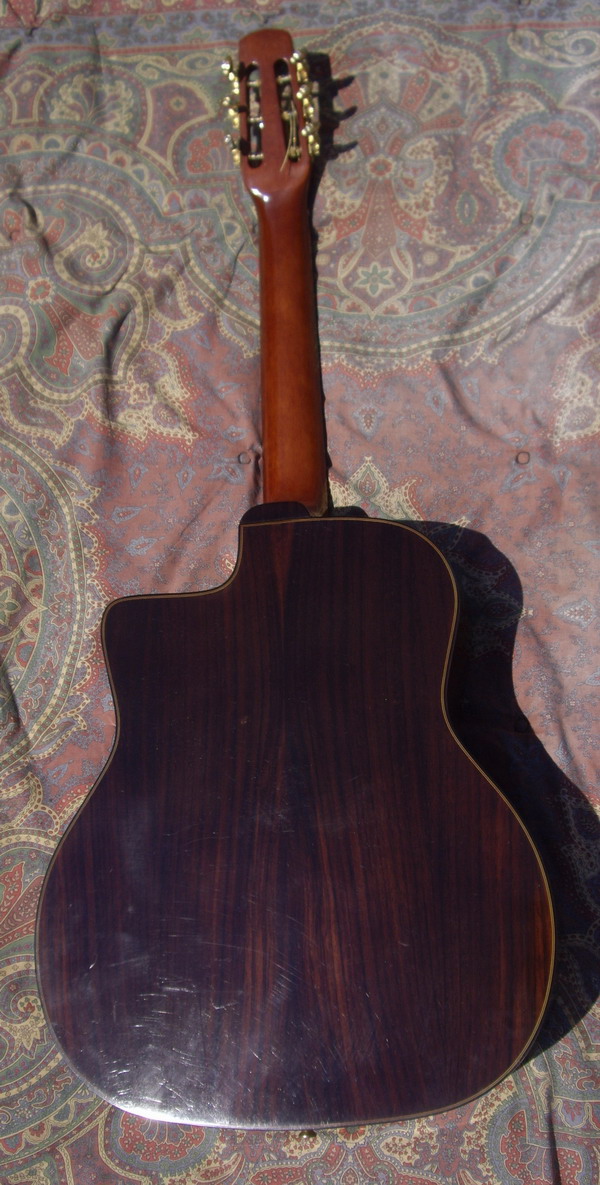 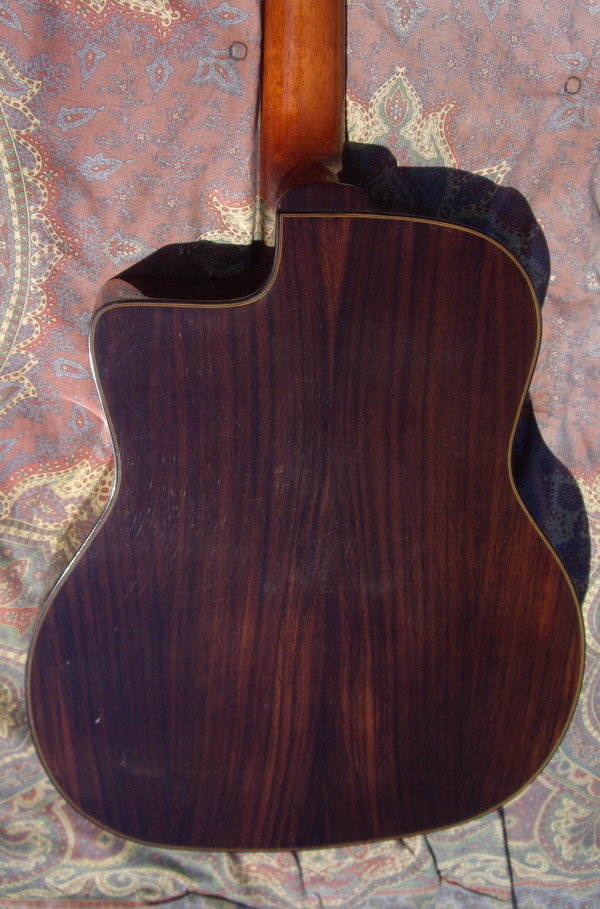 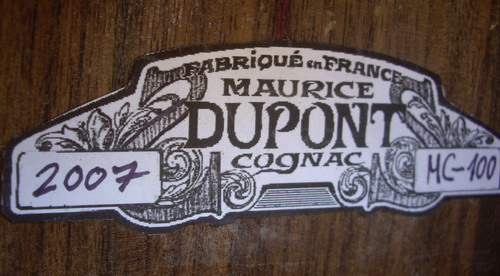 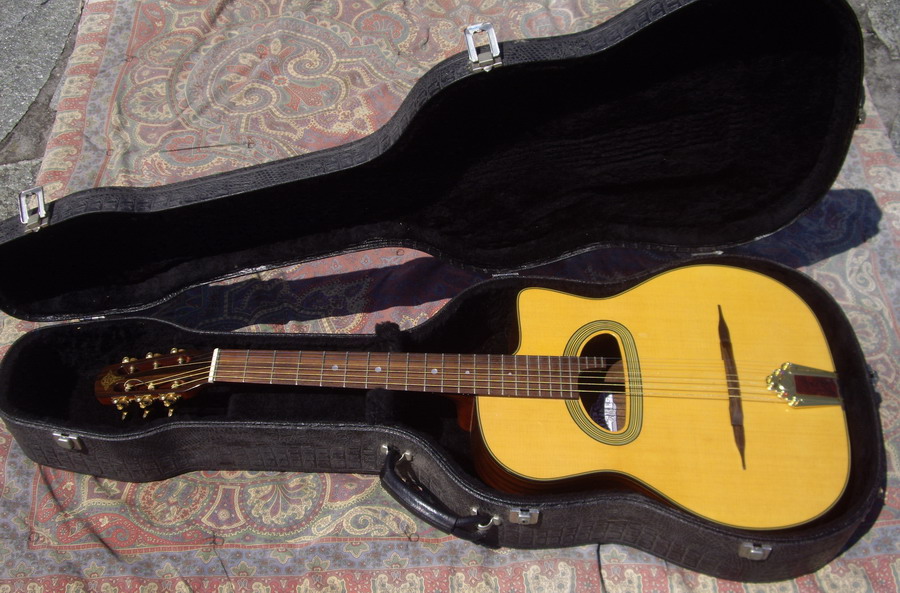 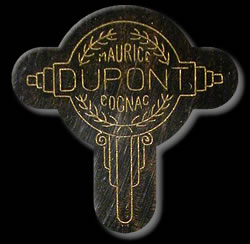 This is a beautiful example of a Maurice Dupont Selmer -Maccaferri model with rich, warm basses and remarkable openness and clarity. This guitar is in like new condition with prestigious painted finish. NO satin!. HardCase

These guitars are made on the model "SELMER-MACCAFERI" that used Django REINHARDT until the manufacture is abandoned and replaced by the model "SELMER". This model is characterized by the inverted "D" shaped rosette and the neck-box junction in the 12th case. The tuning fork is 649 mm. Solid spruce top, ebony fingerboard, Neck width of 44.5 mm to the saddle, the Neck adjustment rod is accessible through the rose, gilded mechanical and Selmer brass tailpiece, the 2 easels delivered with each guitar are rosewood stained ebony.

Maurice Dupont was born in Saintes-France, in 1959. He first studied mechanical engineering. His main hobbies were building model planes and musical instruments such as guitars, lutes, dulcimers, hurdy-gurdies, banjos. He also has been playing rugby for 20 years...

In the 80's there was no school in France to learn lutherie. Maurice Dupont worked on his own, with drafts and books. He discovered that he liked working with wood so much he had to drop out university for training engineers and devoted himself full time to lutherie. He settled in 1981, in Port-Boutiers, near Cognac. Since then he specialized in building many kinds of instruments : classical guitars, steel strings and archtop guitars, and whatever else musicians may ask for such as ''Hawaiian Weissenborn" guitars, ukuleles, bouzoukis, mandolins, electric solid body guitars, bass, foldable bass called "volante bass", violas da gamba. His workshop expanded from 50 m2 to 400 m2 and the staff from 1 to 13 workers.
More than twenty five years ago, a gypsy guitar-player came to Maurice Dupont to order a guitar based on "Selmer jazz" model. Maurice thought it was a good idea to produce the replica of the guitar Django Reinhardt played during his partnership with Stephane Grapelli in the 30's and 40's. Maurice Dupont took on the challenge. At that time, nobody knew that these "Selmer" and "Maccaferri" style guitars could became so popular from the 90's until now. Maurice Dupont was the first guitar-maker to build them at that time, and his knowledge of this instrument is probably the best in the world, having repaired more than a hundred original "Selmer-Maccaferri" guitars in his workshop.

Maurice Dupont had so many orders that he had to train young guitar-makers. As an ex rugby-player, he likes to work with a team. He had to purchase a computer controlled wood carver, known as a computer numeric control of CNC machine to carve tops and necks. This allows less expensive instruments compared to one crafted entirely by hand. Maurice Dupont also purchased a cross-cut saw, to cut up spruce trunks he chooses himself in the East part of France. These woods are dried for years before use in a 300 m2 warehouse. Maurice Dupont workshop makes tailpieces and machine heads for his "Selmer-Maccaferri' style guitars, as well as replicas of "Stimer" pickups. Since 2008, Maurice Dupont and Gorka make Dupont amplifiers and the replica of Stimer M12 amplifier.

All Maurice Dupont guitars, musical instruments, amplifiers are made in Port-Boutiers, near Cognac. Each guitar-maker entirely builds the guitars his is responsible for, except the varnish. Maurice Dupont team is composed of eight guitar-makers and specialize: Maurice, all instruments, more especially all electric, volante bass, Patrick specializes "Vieille Reserve" and Selmer-Maccaferri, Mathias : Selmer and Bebop/archtop guitars, Erwan : Selmer and Weissenborn, bass and bouzoukis, Nans, Antoine and Rémi : classical and steel strings guitars, Fabien : Selmer and Bass. The team also has Gorka : amplifiers, Noel and Karim : varnishers, J-Michel : pickups and tuners, Helene: the paper work.