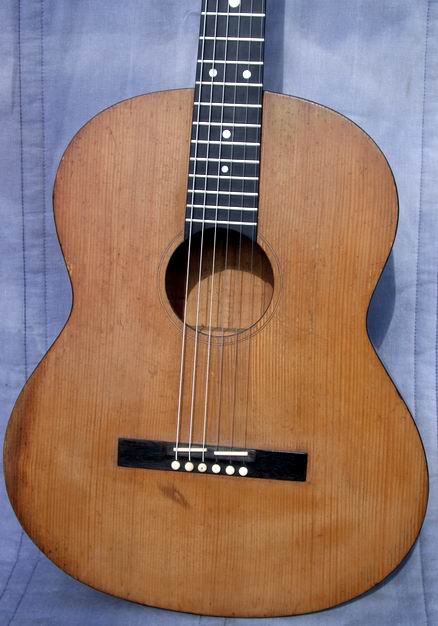 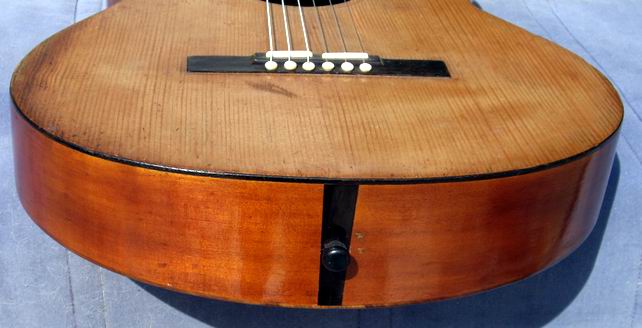 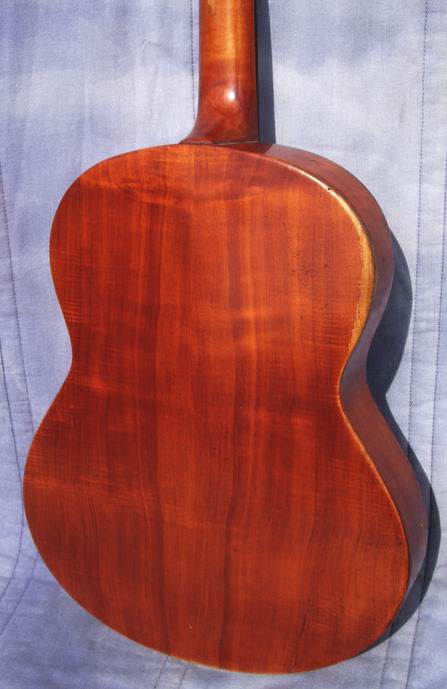 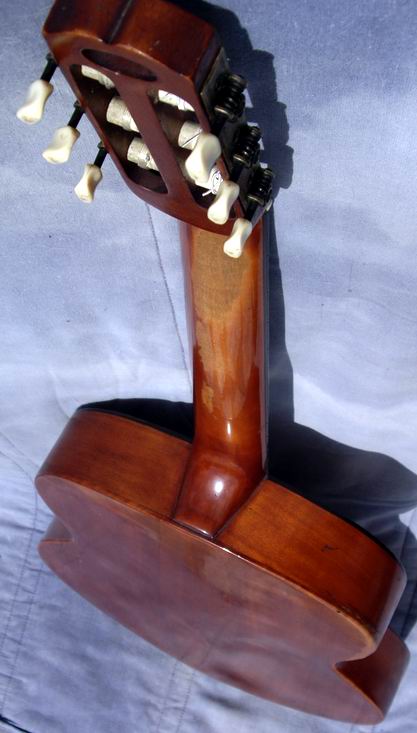 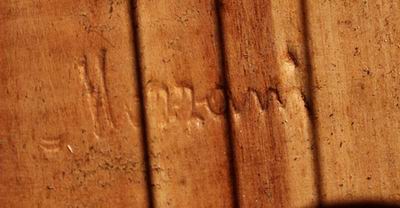 Luigi Mozzani was born on March 9, 1869 into a family of very modest means. As typical of his class, Luigi was forced to follow his father into the shoemaking business. He abandoned this activity after nine years, gaining work as a barber. He learned to play clarinet and bugle, playing in a band, but quickly abandoned it for health reasons. When he was lent an old guitar, he repaired it and thus began his study of lutherie. Still looking for a way to earn a living, and not finding employment as a clarinetist, he began to study the oboe.  After successful enrollment in the Musical Grammar school of Bologna, he was able to obtain work such as First Oboe with the Saint Carl Theatre of Naples.  This profession came to an end after an ill-fated tour of America with an orchestra under the direction of Arthur Toscanini, who stranded Mozzani in America for about two years.  Mozzani next joined a banjo trio, which began his career of performing guitarist and, later, guitar teacher. In 1896, he published three volumes of Studies for Guitar. Towards the end of the century, after a successful concert tour of Europe, he went to Paris to study guitar construction. He settled in Bologna, where he continued his work as a luthier in collaboration with two Neapolitan mandolin builders. It was in 1909 that Mozzani, on a trip to Vienna, came into contact with the harp guitars of Schenck. He immediately appropriated these new designs into his work, both as a luthier and performer, always experimenting to create the ideal guitar. Still in demand as a concert artist, Mozzani alternated between performance tours and his role as director of the “laboratory” (lutherie workshop), letting others handle the actual construction. The success of the shop enabled Mozzani and team to move to larger quarters in Cento. Between 1915 and 1924, they concentrated on a full range of instruments for Plectrum Orchestra (counterpart to America's Mandolin Orchestras).  In 1929, the Mozzani laboratory-school was granted official status, with famed violinmaker Claudio Gamberini put in charge of plucked instruments. Just four years later, the school was closed for “political reasons,” and Mozzani again set up a private workshop, in collaboration with Gamberini and Rino Federici. They continued to have success with their instruments, particularly after Andreas Segovia himself chose a Mozzani guitar (standard 6-string). Mozzani continued to perform publicly until 1939, when he recorded three discs of a variety of music. He never gave up on the idea of a lutherie school, and finally, with interest of the local authorities, he succeeded in opening another in the province of Trento. After Mozzani’s death on August 12, 1943, the school continued under Federici’s direction until 1947, when it closed for good, the inventory being sold. 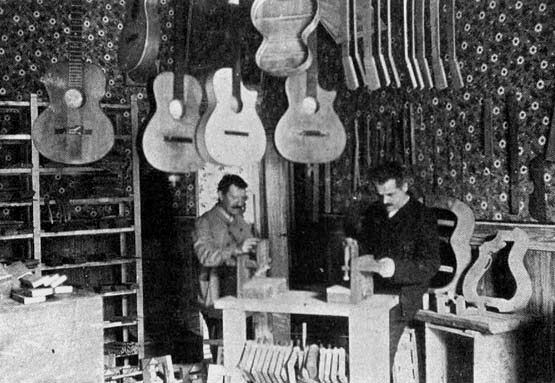