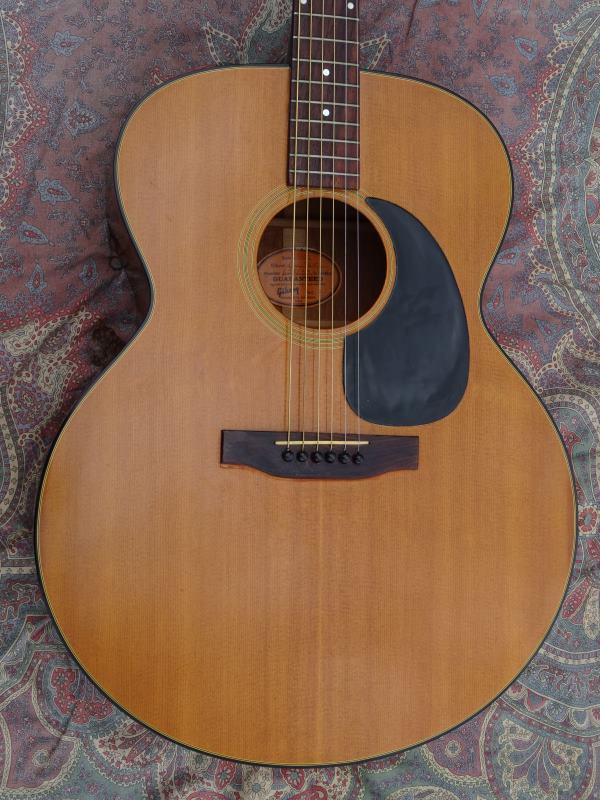 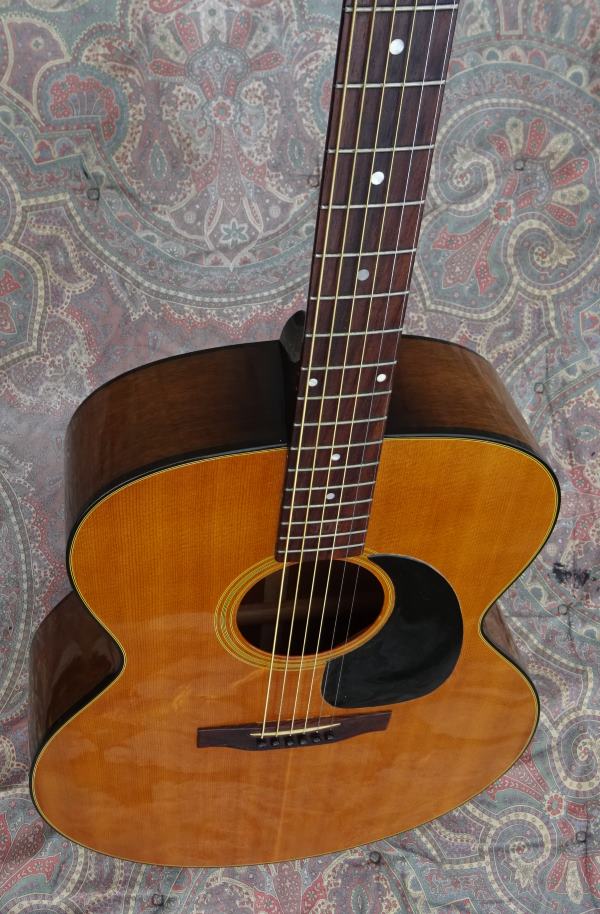 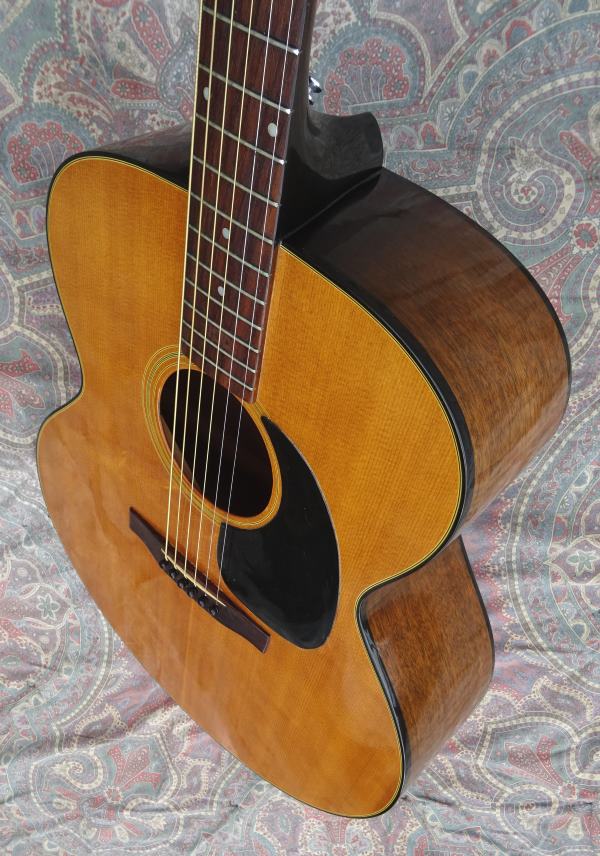 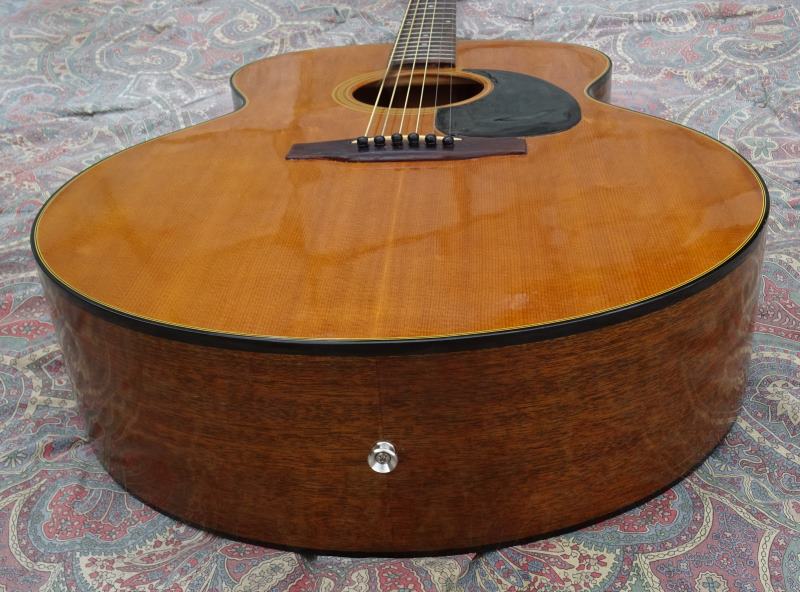 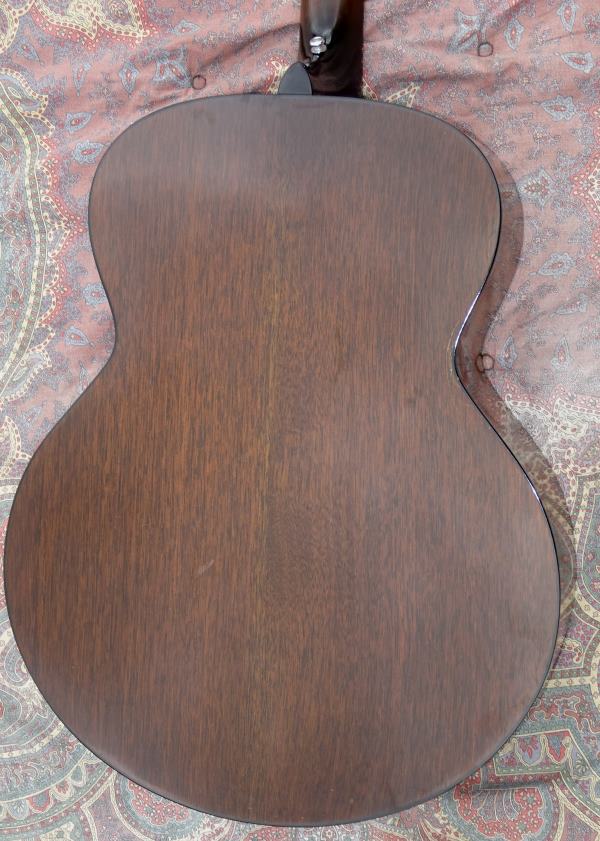 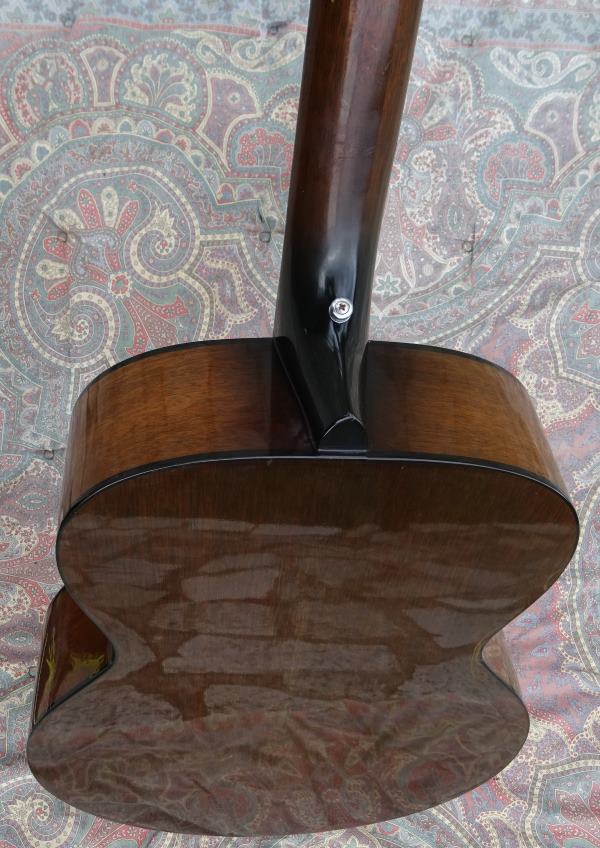 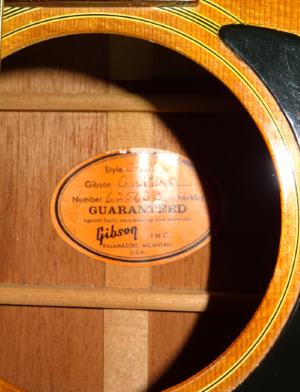 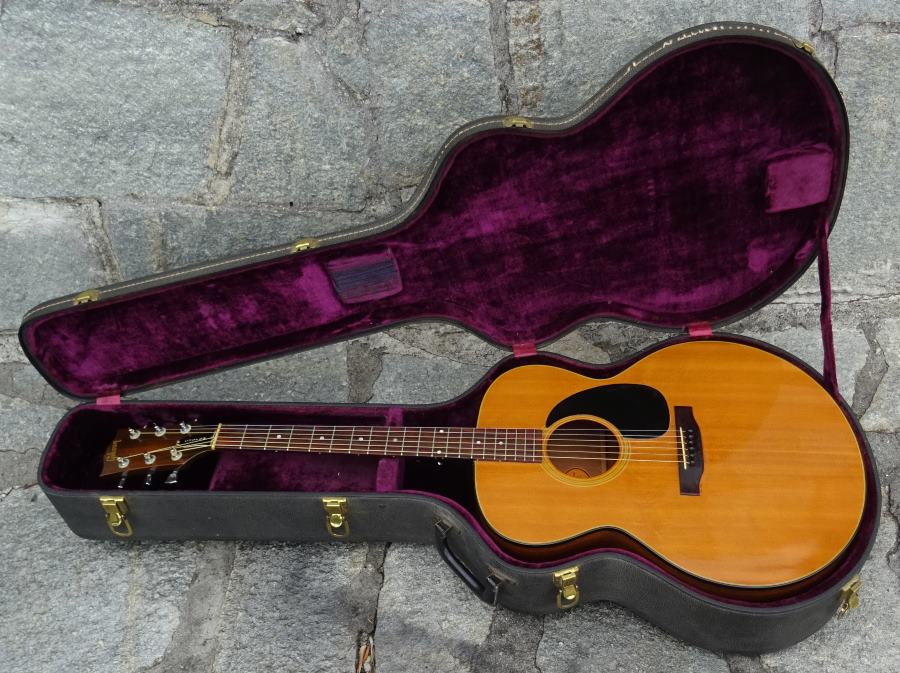 Early 1970's  J-100 Jumbo Acoustic Guitar is in excellent condition with a strong sounds built in 50 years of life. Overall the finish on the guitar retains plenty of its original gloss and the guitar looks great. The neck is straight, low action  comfortable and the frets have plenty of life left. This Gibson J-100 is loud and has an excellent sounding low end projection while also being crisp and clear in the mids and highs. Come with the original hardshell case that is also in excellent condion.

It would be almost thirty years before Gibson reissued the guitar, which it did in 1972. The J-100 as it was called retailed for less than $500. The body depth was increased to nearly that of the SJ-200, and the necks were now made of mahogany, as opposed to maple on the earlier model. It is apparently an usual model, with mahogany back and sides, a cedar top, and a teardrop pickguard. The lister says that only 140 of these guitars were made. Apparently, on the whole the J-100 was not as popular as the earlier models, and it was discontinued in late ’74–early ’75, with only some 300 guitars sold during that period.